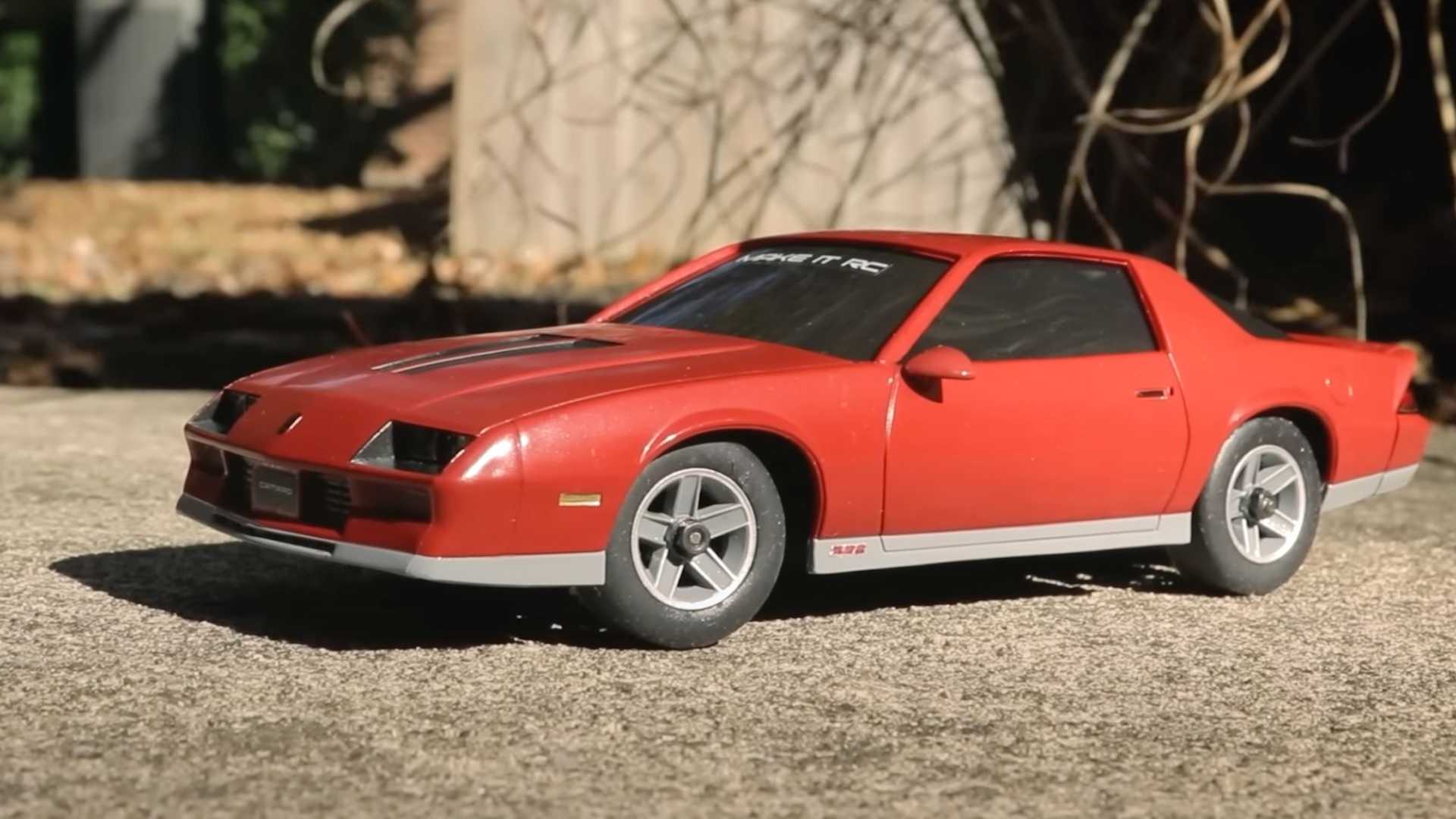 Remote-controlled cars are often built from a box, bought as an entire kit. However, there are some hobbyists that prefer to build the RC themselves from scratch, or at least convert a model car into one.

One of those hobbyists is YouTube’s Make It RC and for his latest upload, he converted a promo model car of a 1983 Chevy Camaro Z28 into a fully functional 1/25 RC.

Started out as a promo car, the Camaro scale model here started out as a lifeless plastic with wheels. The paint is monotone and the finish definitely lacks important details. Not to mention, its chassis is nowhere near being a radio-controlled toy.

So what did he do? First, he had to remake the chassis. He used an FF4 1/25 chassis kit, which fitted the promo car perfectly. The build-yourself kit came with a front-engine, rear-wheel-drive layout. He also chose five-spoke wheels as a base.

Using an N20 motor and drivetrain, the YouTuber completed the chassis kit, making it ready for the electronics and battery that were to be added. The ESC, battery, and receiver were mounted inside the body, with the interior of the Camaro toy ripped out. For the receiver, he opted to use a Radiolink R4FGM, while zip ties were used to secure the wires. The battery was fastened using velcro.

To make sure that the body is ready for mounting, the YouTuber had to tear the promo car apart and remove the lights, interior, and windshields. He then detailed each part including the whole body using an airbrush and Sharpie. He even 3D-printed side mirrors for the build to make it more realistic.

The result was what you see above – a third-generation Camaro RC model with a detailed exterior. The windshields were blacked out to hide the missing interior, but overall, the work was impressive and deserves a second look. Watch the video atop this page for a summary of the build process.