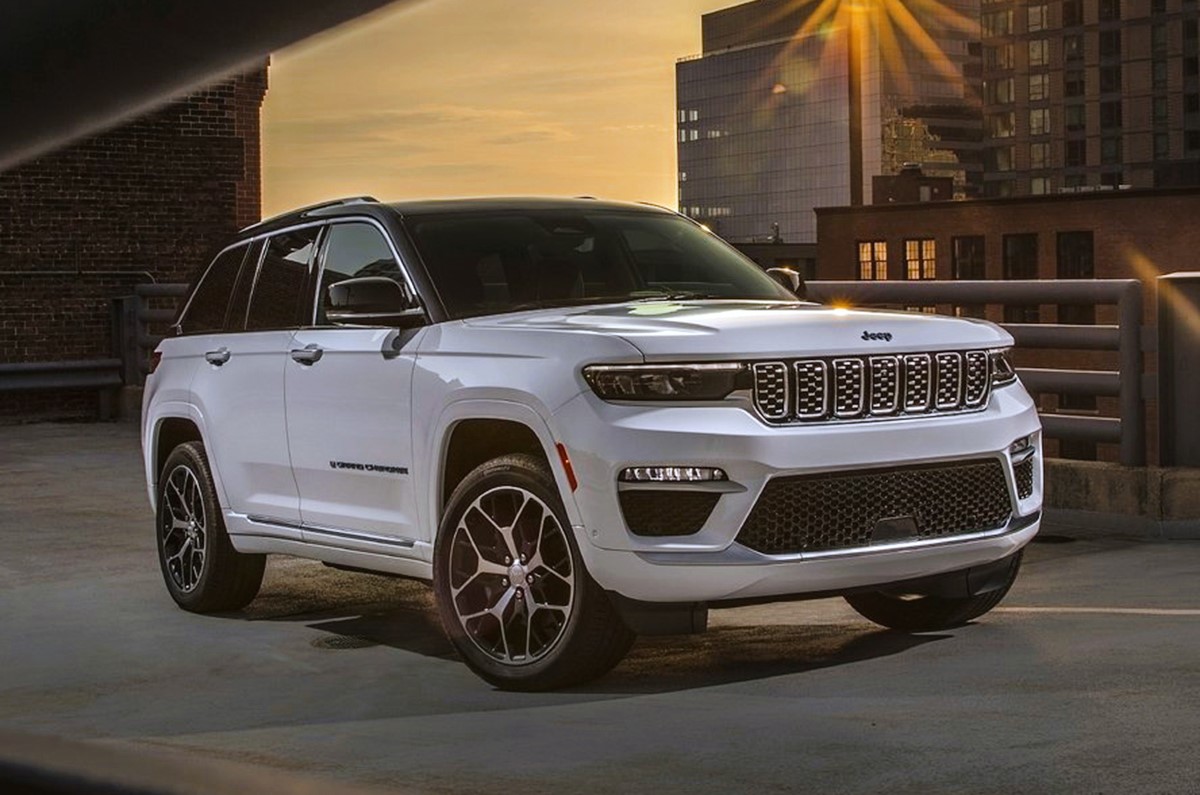 Unlike the previous-gen model, the new Grand Cherokee will only get a single petrol engine option.

The new Grand Cherokee showcases fresh styling cues that have previously been seen on the Wagoneer and the Meridian. The SUV sports a seven-slot grille, which is flanked by slim headlights with LED DRLs. Other design highlights of the new Grand Cherokee include a floating roof effect at the D-pillar and the new LED tail-lights.

While the new Grand Cherokee is sold in two sizes overseas, sources tell us that the India-spec model will be the standard five-seat version and not the longer three-row Jeep Grand Cherokee L. On the inside, the SUV will get a large 10.1-inch central touchscreen, a digital instrument screen, and another dedicated touchscreen in front of the co-driver. The brand has also confirmed that the new SUV will get ADAS tech. Other feature highlights will be the panoramic sunroof, leather upholstery, ventilated front seats, a head-up display and a powered tailgate.

Unlike the previous-gen Grand Cherokee that was offered with both petrol and diesel engine options, the new model will only get a 2.0-litre turbo-petrol engine. Jeep has yet to announce the power outputs for this engine, which will be paired to an 8-speed automatic gearbox as standard. The new Grand Cherokee is expected to get four-wheel drive and selectable terrain modes – Auto, Sport, Mud/Sand and Snow.

With an expected price of around Rs 85 lakh (ex-showroom), as per our sources, the Jeep Grand Cherokee will compete against other luxury SUVs like the Mercedes GLE, BMW X5 and the Land Rover Discovery in India. Deliveries of the new Grand Cherokee are expected to begin by early December in select cities.