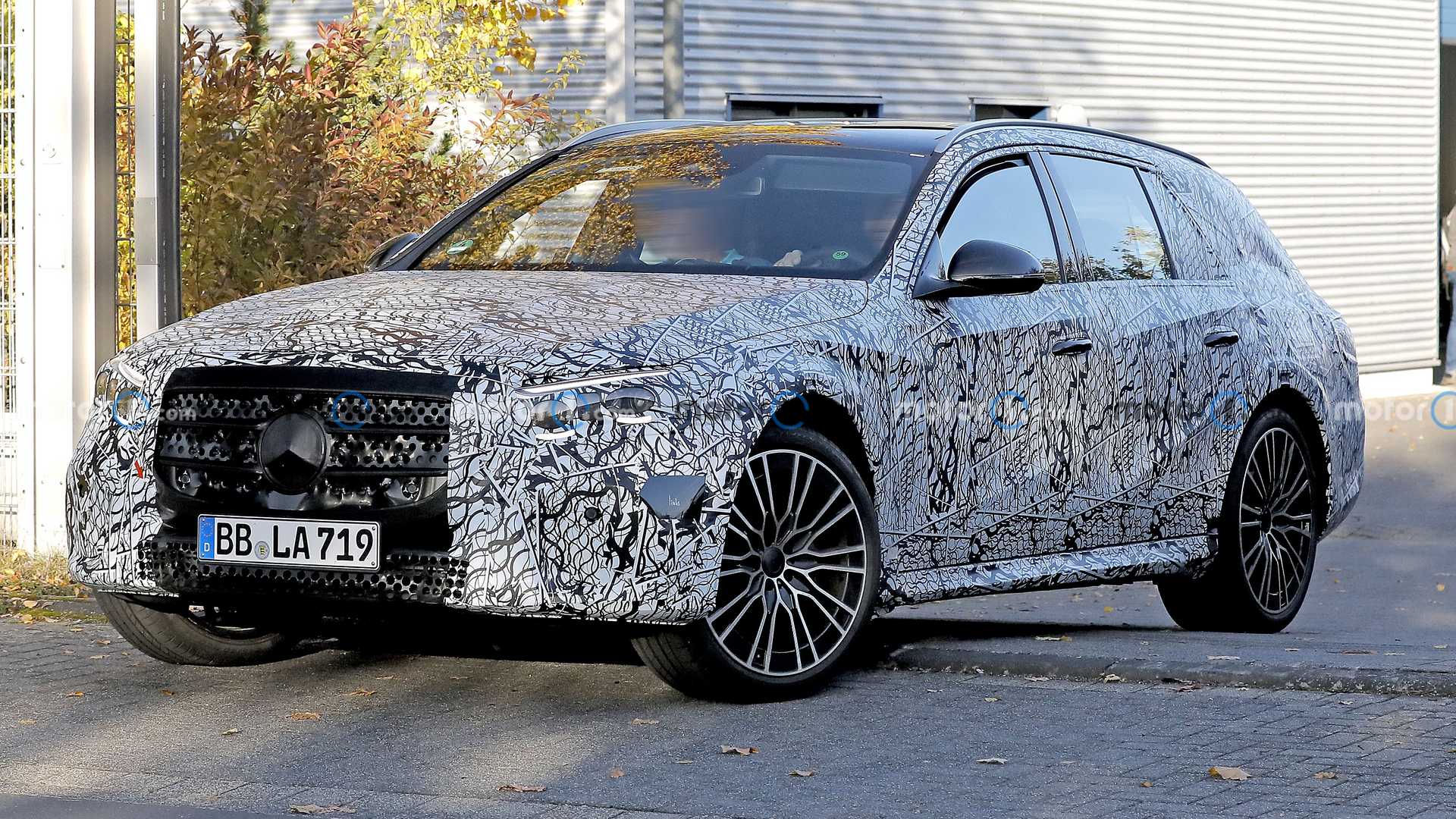 We’ve seen plenty of next-gen Mercedes E-Class prototypes over the past year or so, but the long roof is a recent addition to the fleet. This marks just our third sighting, and while the car is still wrapped in camouflage, our spy team managed to capture some extremely detailed photos. It’s our best look thus far of the long roof in action.

And what do we see? Usually, we pay attention to the front of test vehicles, but this time around we draw your attention to the back. Taillights will extend onto the hatch in a raised section, with the glass looking more angled than ever. It’s not extreme as you might find in a coupe-styled vehicle, but it certainly looks like Mercedes-Benz is aiming for some extra aggression with its next wagon.

At the front, things are very much as they are on the E-Class sedan test vehicles we’ve seen. Compared to the current model, the grille will grow slightly while the headlights shrink, as is the trend with most automakers these days. There will still be a clear separation between the upper and lower openings on the fascia, with prominent vents taking station on both corners. Along the side, we see some curious angles underneath the wrap but they are likely false panels. We expect an evolutionary update to the E-Class, which means a smooth surface with an elegant, arcing beltline.

We’ve also been fortunate to glimpse the new E-Class interior, albeit briefly. As you might expect, digital displays dominate the dash, and we suspect much of the tech from the current S-Class will be offered here. Our spy sources tell us there will be options to change up the displays, catering to those who prefer smaller layouts as well as buyers wanting a full OLED experience.

While the EQE gets its own EV platform, the new E-Class will soldier on with the MRA2 chassis with mild-hybrid and plug-in hybrid powertrains. That could well include a bonkers 671-horsepower Mercedes-AMG E63 estate, though nothing has been confirmed on that front.

At this time, we expect a full reveal to take place in the first half of 2023, debuting as a 2024 model. In the meantime, check out the latest automotive gossip in the Rambling About Cars podcast, available below.