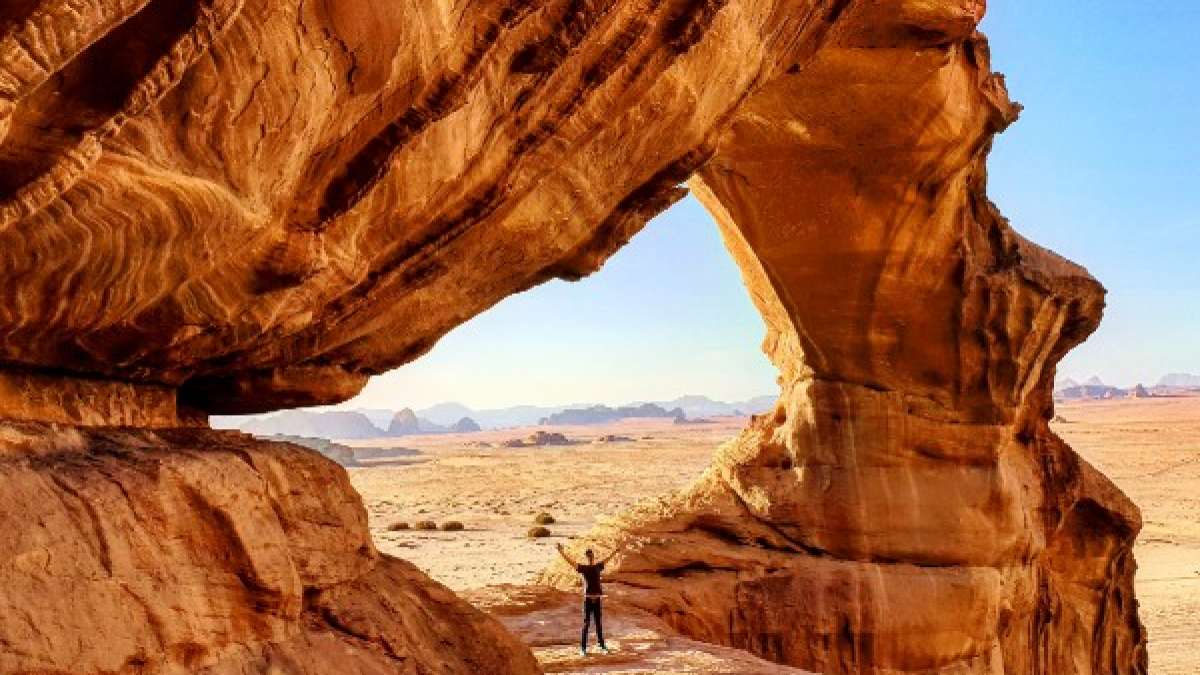 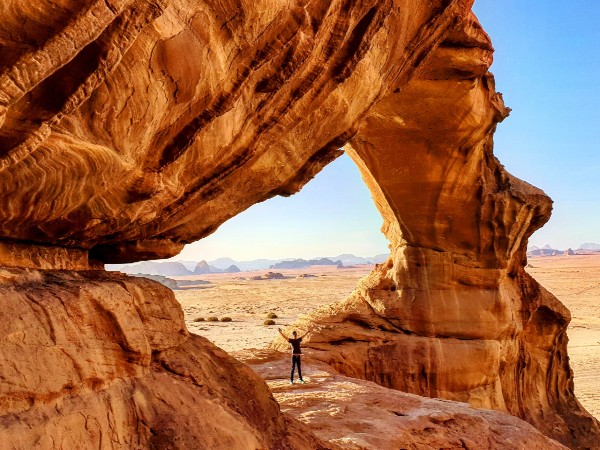 There are 720 square kilometres (278 square miles) of desert wildness in the Wadi Rum. Wadi Rum, also known as “The Valley of the Moon,” is a protected valley in southern Jordan with sand that ranges in colour from light tan to brick red and deep, narrow canyons that cut into the massive granite and sandstone mountains. Many of these canyons conceal ancient rock carvings that the desert’s inhabitants carved into the rock over millennia.

There are many more interesting things to know about the great Wadi Rum. Are you curious to know more fun facts about it? Read on.

Here are some amazing facts about Wadi Rum:

Many directors believe that Wadi Rum may be an incredible location to shoot a lot of action, romance, fantasy, and science fiction movies because it is such an interesting site. Wadi Rum has been prominently featured in a number of blockbuster films, including Red Planet (2000) and the renowned Lawrence of Arabia (1962), which used it to simulate the surface of Mars. Likewise, Aladdin, Dune, etc.

Within this region, 154 archaeological sites, 25,000 petroglyphs (rock carvings), and 20,000 inscriptions have been found, showing the origins of the alphabet and the progression of human cognition. They offer a unique window into the long-term patterns of pastoral, agricultural, and urban human activities in this area by representing images of humans wielding bows and arrows, as well as animals like camels, ibex, and horses, as well as symbols like lines and circles.

3) A year-round vacation spot, it is!

Due to its desert climate, Wadi Rum is a popular destination all year round. Different seasons offer different advantages for travel, such as lower crowds and more pleasant weather. The most comfortable and busy months to travel are March through May and September through November if you want temperate temperatures. The desert comes to life in the spring when plants and wildflowers carpet the ground and adorable newborn goats and camels roam the region around Bedouin herds. You should stay away from visiting Rum on hot summer days because the desert is so hot at such times. 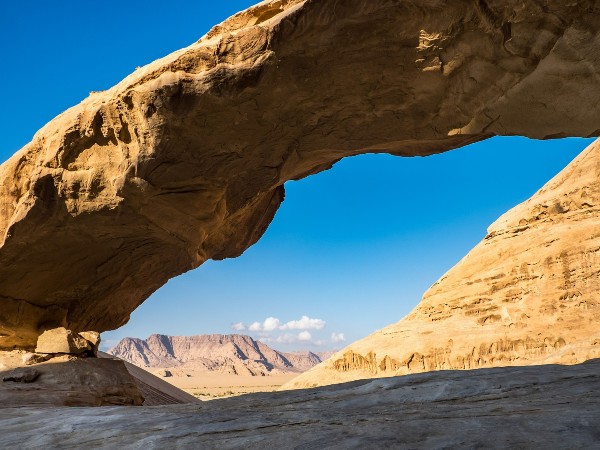 Wadi Rum: Know its location, history, information, must-see attractions, how to reach and the best time to visit

4) It is a wonderland for adventurers!

You may easily experience the magnificence that Wadi Rum has to offer by taking a four-wheel drive far into the huge desert or going on a camel safari to explore the harsh environment. In order to experience Wadi Rum’s wonderland, strewn with many dramatic rock formations and other breathtaking landscapes, uniquely, you may even soar over it in a hot-air balloon/ light aircraft. Eco-adventure activities include hiking through the valley, sandboarding down sand dunes, and rock climbing on sandstone mountains.

Numerous petroglyphs, inscriptions, and archaeological artifacts show that many people from various cultures lived in Wadi Rum as early as 12,000 years ago and interacted with the local environment. The Thamud people, who have lived here since at least the 8th century BC and were a nomadic group connected to the enigmatic Nabateans (the people who built Petra). Presently, the majority of its residents are Bedouin; in the Rum village, several hundred of them reside in concrete homes and goat-hair tents.