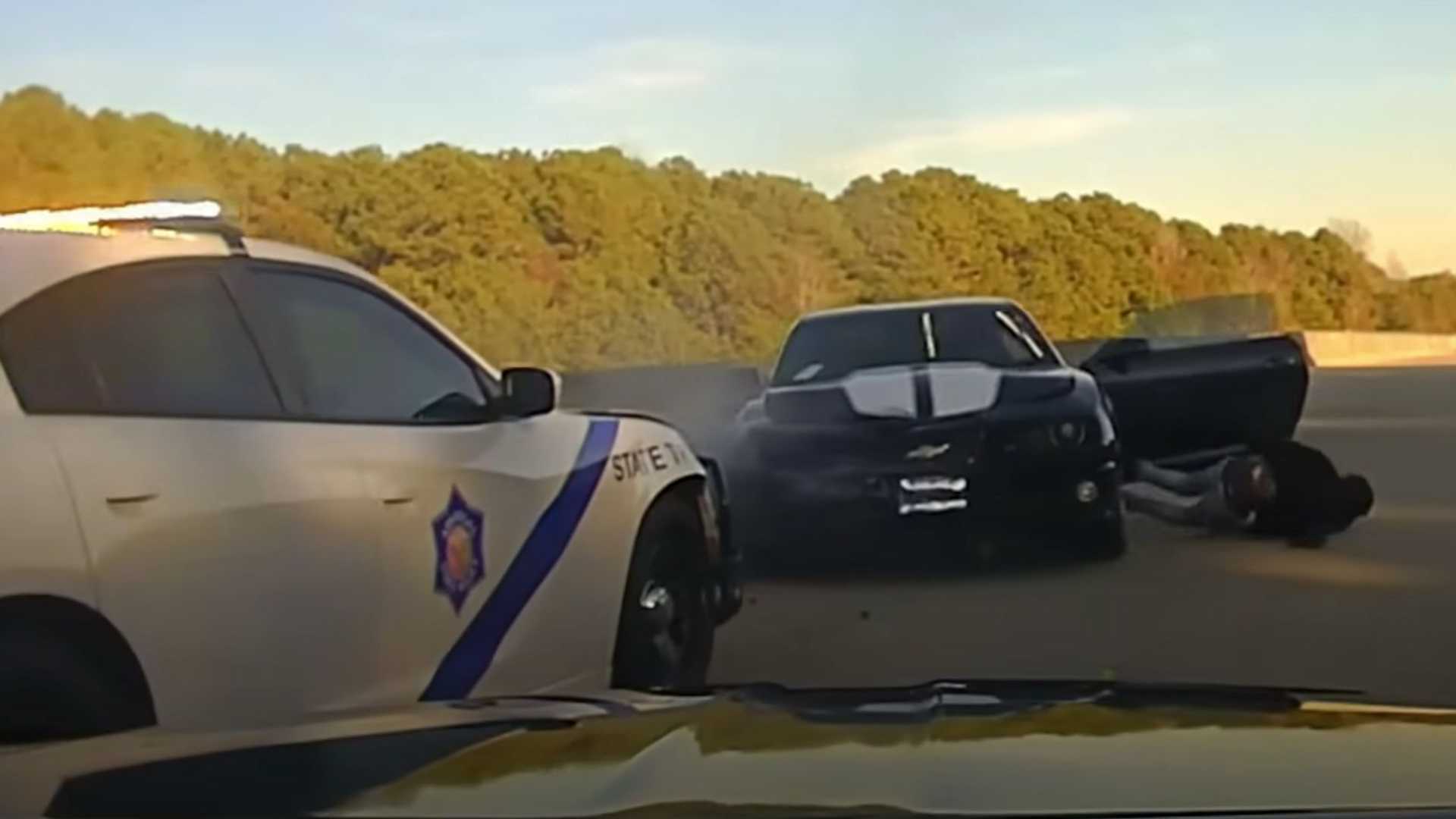 High-speed chases tend not to end well – such as in the case of this encounter on Interstate 530 on November 22, 2023. What could have been a simple violation ended in a wreck when a speeder tried to avoid the law.

According to the incident report filed by Sergeant Jeff Preston and reported by KATV, the officer spotted a Chevy Camaro that was going fast in the left lane. He then turned on his speed radar and confirmed that the coupe was hitting 90 miles per hour (145 kilometers per hour) in a 75 mph (120 km/h) zone.

As the Camaro passed by Preston, the trooper turned on his lights and siren. The speeder ignored the flag down and accelerated, which started the high-speed chase that went as fast as 129 mph (208 km/h), according to the GPS on the trooper’s camera.

As you can see in the video atop this page, the chase went on until the Camaro tried to exit the highway at exit 30. Unfortunately, the suspect lost control during a precarious approach to the corner, hit the railing, and smashed the concrete barrier as it spun out of control.

The speeding Camaro went to a halt, but just as the driver is about to get off the vehicle, another trooper crashed head-on into the Camaro, flinging the driver onto the concrete.

The other trooper was driven by Terrell Pratt, who joined the chase as he saw the high-speed encounter. As you can see in the dashcam on Pratt’s cruiser (see the second video amid this story), there was a cloud of dust as the police car was approaching the initial crash at around 80 mph (129 km/h), which explains why he didn’t notice that he was about to hit them at a dangerous speed.

Fortunately, it appeared that no one was seriously hurt. The suspect was identified as 19-year-old Tyrese Lancaster. KATV reported that Lancaster was charged with “fleeing-in vehicle, the substantial danger of death, misdemeanor citation, speeding 1 to 15 miles per hour over the speed limit, reckless driving, no seat belt, and the possession or purchase of alcohol by minor.”