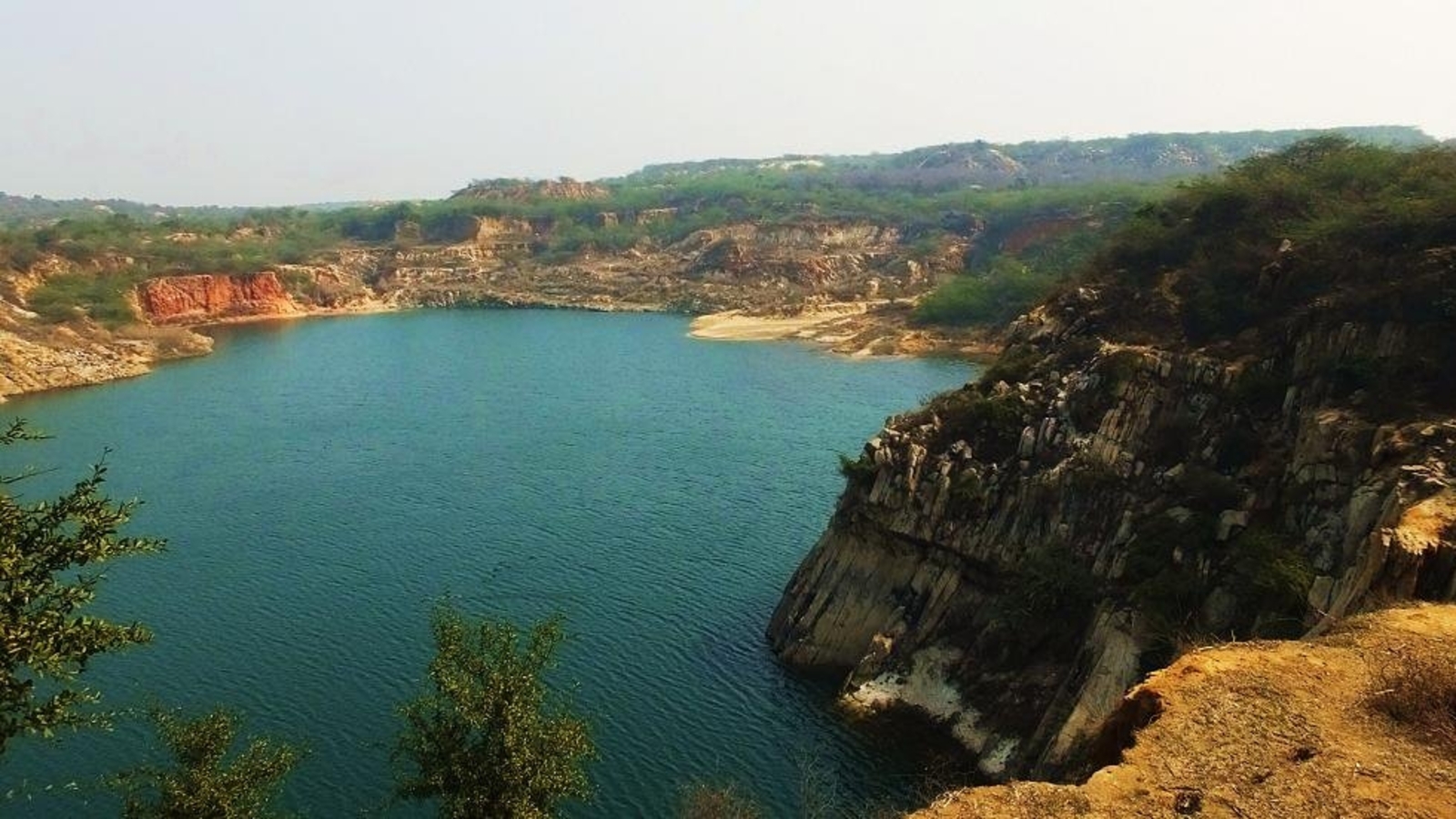 Rate this post
Construction of artificial waterfalls and floating fountains in Neeli Jheel at the heart of the Asola Bhatti Wildlife Sanctuary to boost eco-tourism may disturb wildlife and result in man-animal conflicts, experts said Monday.

Mining operations at Bhatti mines, spread over 2,166 acres, were stopped around 35 years ago. Deep pits created during decades of excavation have transformed into beautiful lakes with clear blue water. Neeli Jheel, located 15 kilometres from the main entry gate of the sanctuary, is the largest of them.

Delhi Lieutenant Governor V K Saxena had earlier proposed to develop four artificial waterfalls and at least 10 floating fountains in the sprawling waterbody. A statement issued by the LG’s office on Sunday said the work would be completed by the end of this month.

Saxena wants to develop the abandoned Asola Bhatti mines, which are now part of the sanctuary, into an eco-tourism hub.

The waterfalls and the fountains are being developed by the Territorial Army in coordination with the forest department.

Experts told PTI that any “ill-thought” intrusion will drive wildlife away from their habitat and may lead to man-animal conflicts.

A year-long study conducted by the Delhi forest and wildlife department and the Bombay Natural History Society has confirmed the presence of eight leopards in the sanctuary, an indicator of its thriving ecosystem.

It said the area of the sanctuary bordering the Chhatarpur region and the Neeli Jheel witnessed maximum sightings of leopards.

The sanctuary did not record any leopard sighting for many decades after 1940, as per the Gazetteer of Delhi. In 2019, the Delhi forest department reported fresh sightings of leopard pug marks and scats in the sanctuary.

A large number of migratory birds come here in winter, and fish and turtles have made the lake their home.

Vijay Dhasmana, who specialises in ‘rewilding’ projects that bring back natural flora and fauna into severely degraded landscapes, termed the proposal to construct waterfalls and floating fountains a “bad idea”.

“You cannot think of conventional tourism inside a wildlife sanctuary. First and foremost, sanctuaries are for wildlife… We have to make sure people interact with wild spaces in an educated manner and not for entertainment,” he said.

“Governments have responsibilities towards the environment and future generations. It is very important for the wild to be kept wild. Anything detrimental to wildlife should be avoided,” Dhasmana said.

Eminent environmentalist Manoj Misra told PTI that no such interventions should be made in wildlife areas or their buffer zones at all. “This is the basic principle”.

“As it is, we have a low number of wildlife areas. It is really unfortunate that we are implementing such fancy ideas in the limited wild spaces we have,” the retired Indian Forest Service officer said.

The lake is a major source of drinking water for the wild animals in the sanctuary. “Obviously, wildlife will be affected if they develop it into a tourism zone,” Misra said.

“There will be a greater disturbance to wildlife if more people go there, forcing animals to move away from their habitat and wander into human habitations which may result in man-animal conflicts,” he said.

Therefore, it is imperative to conduct a proper impact assessment of such projects, the forester told PTI.

It is not yet known whether the National Board of Wildlife has granted permission to construct waterfalls and floating fountains in the Neeli Jheel.

Noted zoologist Surya Prakash also opposed the proposal to construct waterfalls and fountains in the Neeli Jheel, saying it was impractical.

It will increase the anthropogenic stress on the sanctuary and will “definitely drive the wildlife away”.

“These animals may then venture into human habitations and attack cattle,” he said.