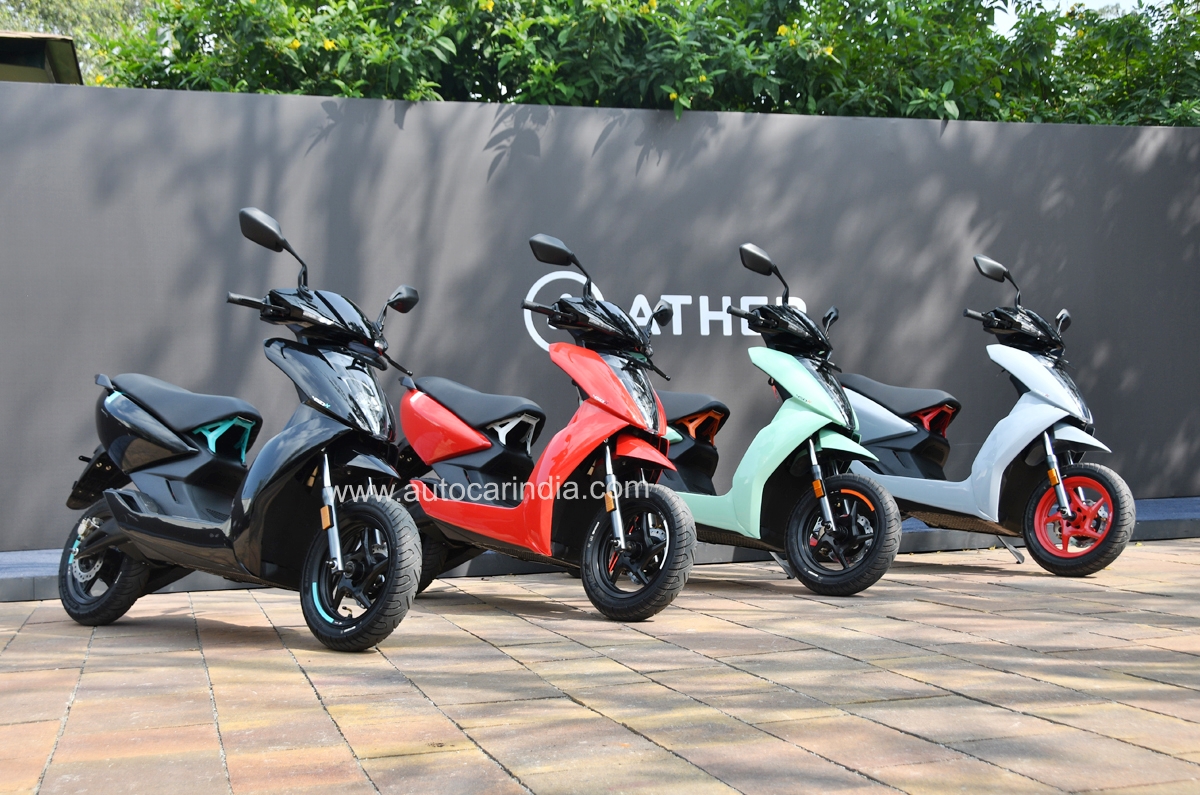 The Atherstack 5.0 software update brings a host of new features, including a new user interface, new information layout and Vector Maps that have been built in association with Google. The maps are now smoother to load and includes layering, live traffic display and perspective change features. This is similar to what you see on a phone when you use Google Maps.

The other interesting feature with the new software update is the Autohold function or Hill Hold, which prevents the scooter from rolling back without the need to hold onto the brakes. Ather also announced that it is working on introducing Cruise Control, Crawl Control and Advanced Regen in the future.

The Ather 450’s new seat is a welcome change as the previous one was a bit cramped and uncomfortable for tall riders.

The new seat is narrower at the front, enabling short riders to place their feet comfortably on the ground. The mid-section is flatter, allowing more room for tall riders to slide behind and sit comfortably. The rear portion is also a little raised to improve support for the pillion. Also, the thickness of the foam has increased by 14 percent, for better cushioning. The best part is that this new seat can be fitted on existing Ather scooters. Lastly, Ather also introduced the frunk, a small luggage carrying solution behind the front apron.

Besides launching the updated 450X, Ather also announced the Ather Battery Protect, an extended warranty programme that adds 2 years of warranty to the standard 3 year warranty. This, while guaranteeing that the battery will offer 70 percent performance even after five years. While existing owners can buy extended warranty for their scooters, new Ather 450X owners will get 5 year warranty as standard.

Ather has also announced an upgrade plan for Gen 1 scooter owners. Owners with scooters over three years old can buy a new 450X by paying Rs 90,000. Whereas those with scooters less than three years will have to shell out Rs 80,000. Those who plan to upgrade by March 2023 will get an additional Rs 10,000 off.