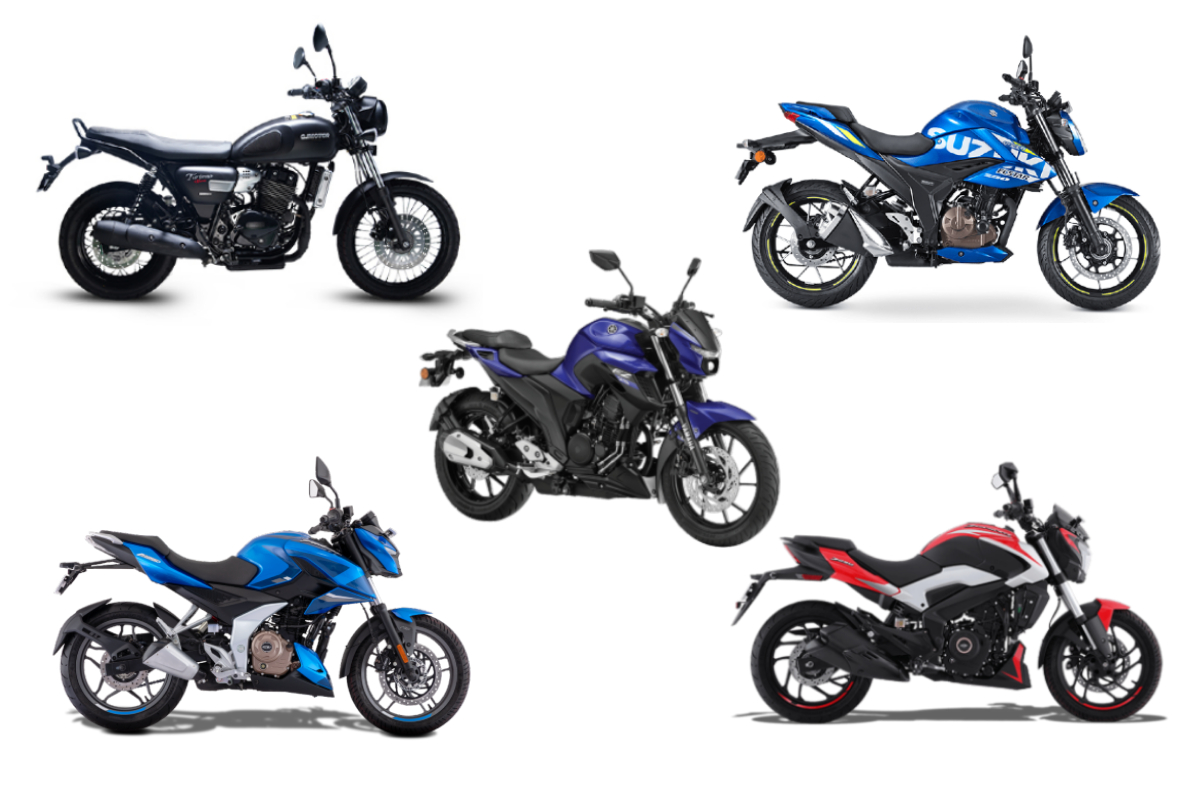 None of the 250cc bikes on this list cost more than Rs 2 lakh.

The 250cc category is quite an interesting one; it’s the one where performance starts getting serious, but it isn’t overwhelming for a novice rider. The bikes in this segment offer a significant step up in performance from their 150/160cc counterparts while still being relatively affordable. Read on to find out the top five most affordable 250cc bikes in India.

The most expensive bike on the list is also the one that made its India debut the most recently – the QJMotor SRC250, priced on the cusp of Rs 2 lakh. The SRC 250 sports an oil-cooled, 249cc parallel-twin engine rated for 17.4hp and 17Nm, making it the least powerful bike here, despite it being the only one to boast an extra cylinder.

At Rs 1.8 lakh, the Suzuki Gixxer 250 is the second most expensive bike on this list and while it isn’t the most powerful or feature-loaded bike here, it more than makes up for it with its sweet riding experience. The output figures aren’t anything to scoff at either, with 26.5hp and 22.2Nm on tap from its oil-cooled, single-cylinder engine more than enough to keep you engaged.

The Yamaha FZ25 has one of the most angular designs here, however, its roots go back to the basic, first-gen 2017 model. This is highlighted with its rather modest output figures, standing at 20.8hp and 20.1Nm.

The most affordable 250cc bike on this list is the single-channel ABS variant of the Bajaj Pulsar N250. At Rs 1.4 lakh, it is nearly a lakh more affordable than the KTM 250 Duke, although the KTM has much better specs. Bajaj revamped its Pulsar line-up in 2021, starting with the N250 and F250 taking the Pulsar name forward. At 24.5hp, the N250 isn’t the most powerful bike here, although its 21.5Nm torque figure is respectable, considering it only weighs 162kg.

All prices mentioned are ex-showroom, Delhi.

Out of these five bikes, which one is your pick? Let us know in the comments section below.