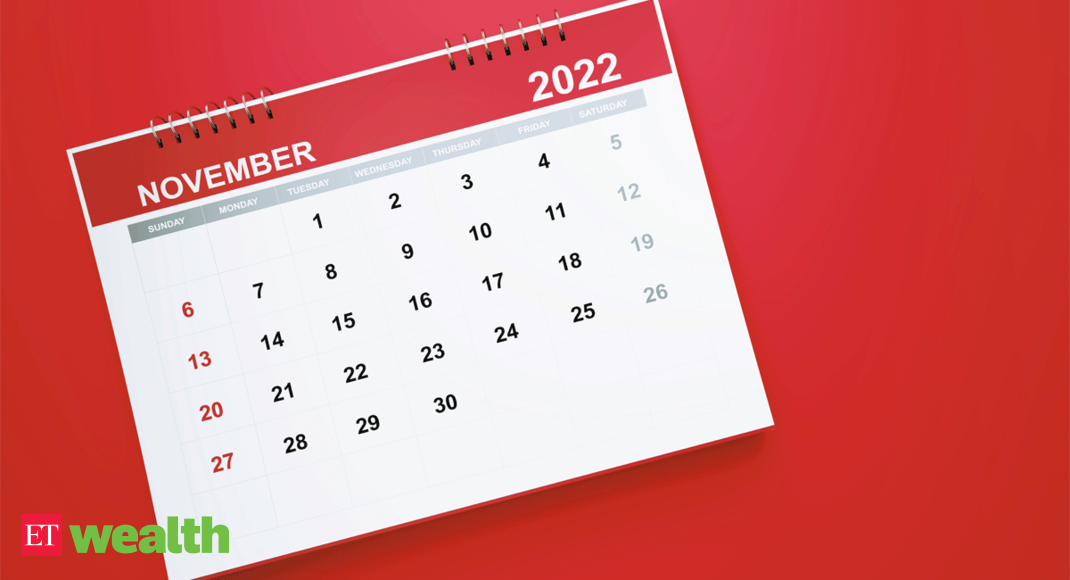 Rate this post
In September and October, there were many days when banks were closed. For instance, spread across different states separately, banks will be collectively closed for 21 days in October 2022 (though not one bank is closed more than three / four days in the month), including the second and fourth Saturdays and Sundays. However, in November this will not be the case.
In November many commercial and public sector banks will stay closed for fewer days when compared to bank holidays in the months of September and October. As most of the festive days are over, banks will be closed for up to 10 days in the month of November which includes second and fourth Saturdays and Sundays.

Apart from the second Saturday, Sunday, the RBI has declared holidays on November 1,8,11, and 23.

Under the Negotiable Instruments Act of 1881, the central government classified holidays into three categories. The three categories are; Real-Time Gross Settlement Holiday; and Banks’ Closing of Accounts.

Every year on November 1, the state of Karnataka observes Kannada Rajyotsava, also known as Karnataka Formation Day or Karnataka Day.

The Kut festival is also known as Chavang Kut. On November 1st, Chavang Kut is observed in remembrance of the deity’s annual blessings for a bountiful harvest.

Gurpurab is the more well-known name for Guru Nanak Jayanti. The founder of Sikhism, Guru Nanak Dev, was born on this day in the year 1469 on Karthik Purnima (the first full moon in November or December), and it is commemorated as his birthday. November 8 falls on this year’s calendar as the first Sikh Guru’s 552nd birthday.

In the Indian state of Karnataka, there is a public holiday known as Kanakadasa or Kanakdas Jayanti. The poet, philosopher, and musician Kanakadasa resided and taught here.

On November 23, 2022, Seng Kutsnem, all banks in Meghalaya are closed. The day before Khasi New Year, which is a customary event observed by the Khasi Community in Meghalaya on November 23 of every year, is Seng Kut Snem.