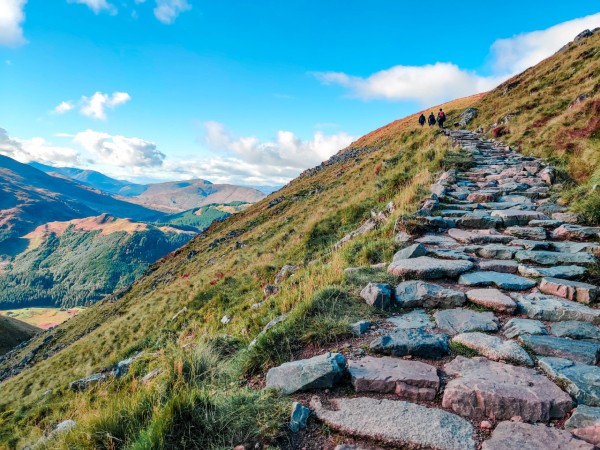 Ben Nevis, an ancient land giant, was originally a big active volcano that erupted and collapsed inward on itself millions of years ago. Granite with a bright colour, found at the summit, is proof of an explosion.

On August 17, 1771, James Robertson, an Edinburgh botanist who was visiting the area to gather plant samples, accomplished the first known ascent of Ben Nevis. John Williams made another early ascent in 1774, the year he first described the mountain’s geological composition.

The Scottish Meteorological Society (SMS) first suggested the idea of constructing a meteorological observatory on the summit in the late 1870s, at a period when such observatories were being constructed all over the world to research the weather at great altitudes. Clement Lindley Wragge built a meteorological observatory on the summit in 1881 and manned it continuously from October 1883 to October 1904 while climbing the mountain every day to take readings. The meteorological information gathered during this time is still crucial for comprehending the weather in the Scottish mountains. After spending some time working at the observatory, C. T. R. Wilson was motivated to create the cloud chamber.

1) It is the UK’s tallest mountain.
2) Every year, more than 150,000 people hike up Ben Nevis.
3) A botanist was the first person to reach the summit.
4) No one realised it was Scotland’s tallest mountain for a very long time.
5) From the summit, one can view Northern Ireland.
6) The highest building in Uk is the Ben Nevis Observatory.
7) Every year, there is a race climb to the summit of Ben Nevis.
8) Ben Nevis was originally a volcanically active area.

By Train: Take a direct train from Glasgow or the Caledonian Sleeper from London Euston to Fort William.