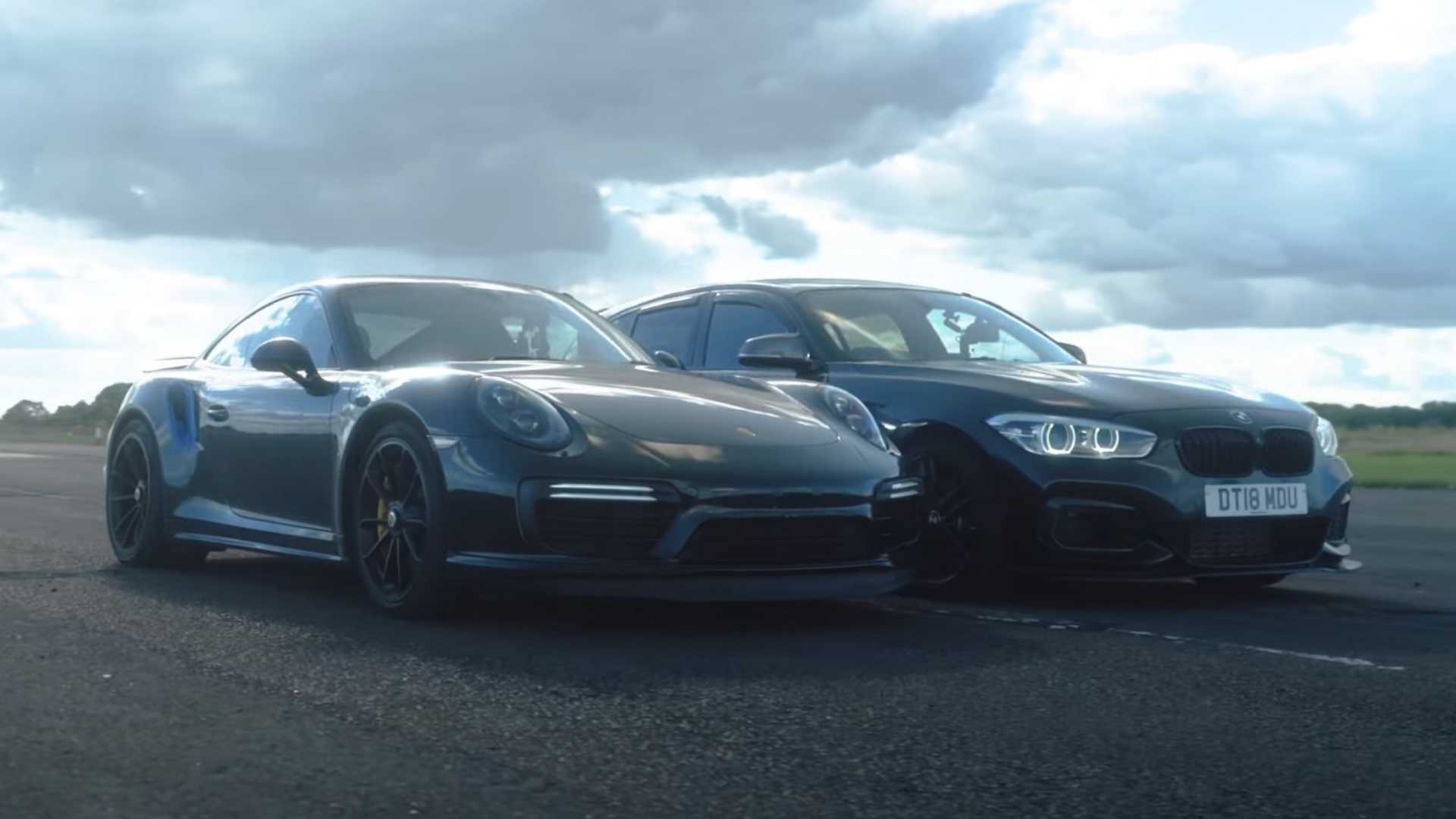 The Porsche 911 Turbo S is a performance monster with its all-wheel drive propelling the model. A new video from the Officially Gassed YouTube channel pits one against a modified BMW M140i that makes a lot more power, but it only powers the rear wheels, making for an intriguing matchup.

With its all-wheel drive, the Porsche has a huge advantage in the standing-start drag race. It blasted from the starting line in the first run, leaving the BMW in the dust. The second race gave the BMW a 10-car lead, but the RWD Bimmer was no match for the Porsche’s potent all-wheel-drive system, which was able to negate the BMW’s advantage within a few seconds of the start. The Porsche went on to win its second race.

The rolling race is where the BMW shined, pulling away from the Porsche right from the start. The M140i’s significantly more power was on full display. A second rolling race gave the Porsche a slight head start, but the more powerful BMW caught up to the Porsche and passed it just before the two crossed the finish line.

The drag race demonstrates that having more power is meaningless if you can’t put it all to the ground. The Porsche 911 Turbo S is an unmatchable rocket off the starting line thanks to its all-wheel drive. However, the BMW’s extra power isn’t something competitors should ignore.