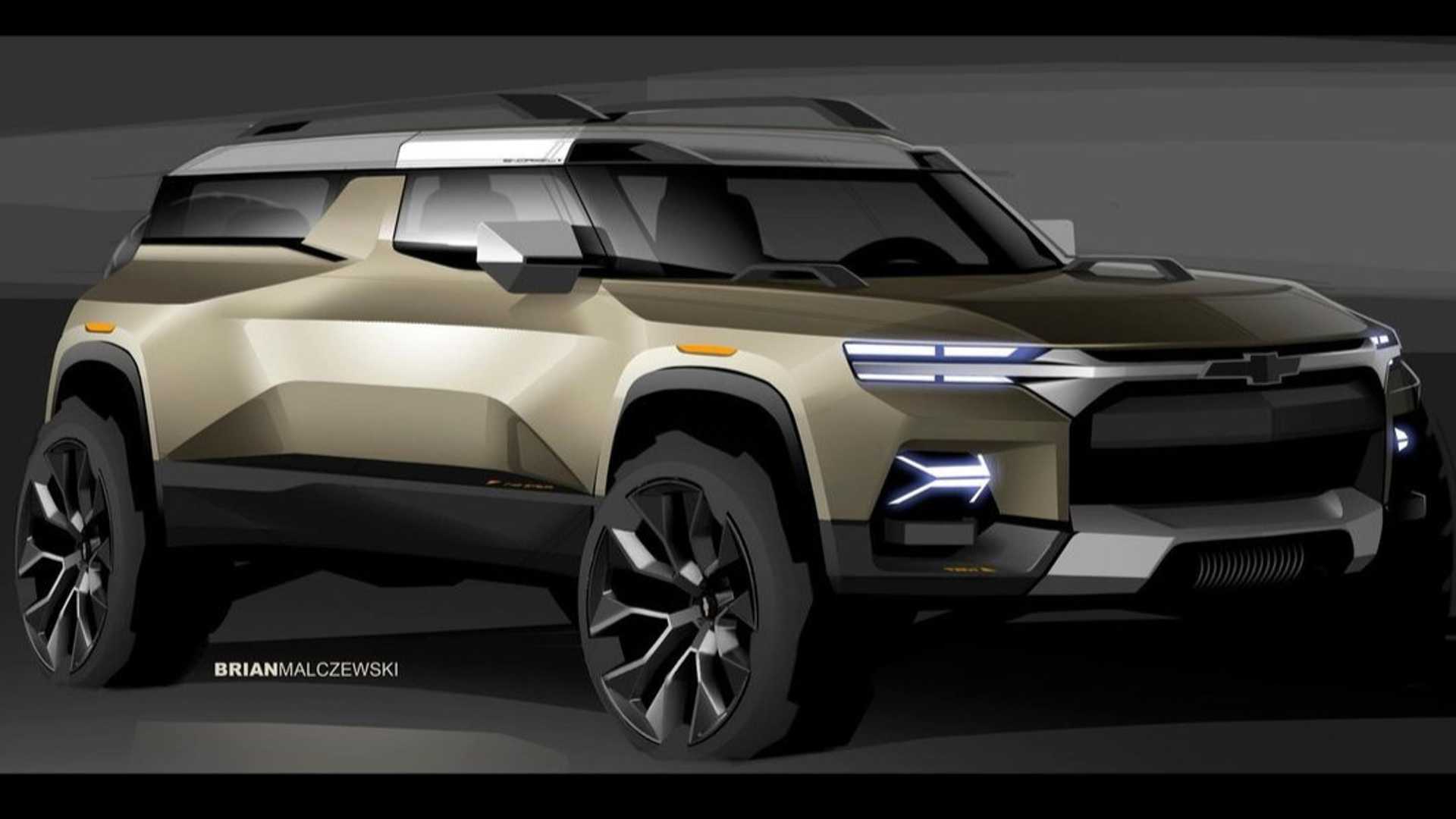 The official account for General Motors Design studios makes no mention of this sketch being a Chevrolet Blazer. We want to make that abundantly clear because this Chevy badged two-door off-roader has a few people talking Blazer on GM Design’s Instagram account. In fact, there’s no mention of it being anything other than stanced – and a “tough and mighty sketch” by Brian Malczewski.

As it turns out, the Blazer connection isn’t just in our heads. Jump over to Malczewski’s Instagram account, and you’ll see he does call it a Blazer. Specifically, he says it was envisioned as a “slightly different” Blazer back in 2015. The key word in that sentence is was, because we all know what ultimately became of the reborn Blazer moniker, for better or worse.

With all that in mind, it’s easy to see a classic Blazer persona in this creation. Upright wheel arches contain tires that look ready for extended off-pavement action. The body lines are sharp and largely flat, and while we technically don’t see any doors, there’s room for just two.

In 2015, the Jeep Wrangler was the only thing available in the US with two doors and some off-road swagger. Given the Ford Bronco’s success when it launched in 2020, we wonder if Chevy would now make the same decision to skip this design in favor of the crossover Blazer that arrived in 2019.

Still, we suspect there are a few folks at GM headquarters seeing 117,057 Bronco sales and 181,409 Wrangler sales from last year, pondering what might have happened if the slightly different design had entered production.