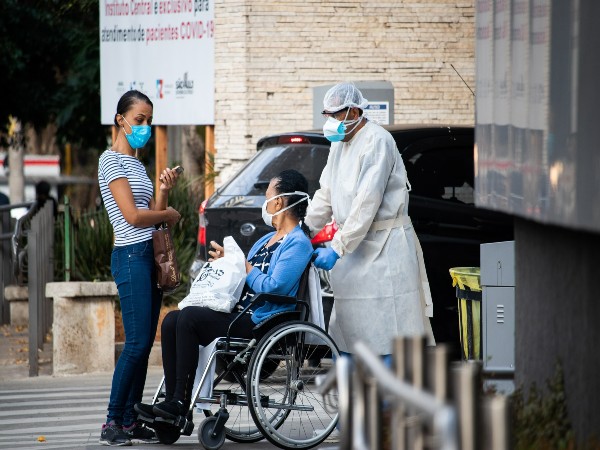 On Wednesday, China reported 31,454 local cases, 27,517 of which were asymptomatic, marking the country’s highest daily case count since the pandemic’s beginning. The most recent findings surpass the 29,390 infections that were noted in mid-April when the megacity of Shanghai was under lockdown.

The Covid measures are darkening the outlook for the second-largest economy in the world and shattering hopes that China would significantly shift its outlier COVID attitude any time soon as it heads for its first winter battling the highly contagious Omicron strain.

According to government data released on Thursday, the number of daily Covid cases in China has risen to its highest level since the pandemic began in 2020. However, under Beijing’s strict zero-Covid policy, even modest outbreaks can cause the shutdown of entire cities and the strict detention of contacts of affected people. The infections reported on Wednesday are more than the 29,390 cases that were noted in mid-April in Shanghai, a megacity where inhabitants were having difficulty accessing food and medical treatment due to a lockdown.

The unrelenting policy has worn on wide portions of the population as the pandemic reaches its third year, producing displeasure and tiredness. As a result, there have been sporadic protests and lower productivity in the 2nd largest economy in the globe.

The latest increase occurs despite the government’s continued use of lockdowns and other zero-tolerance measures, such as travel bans. When compared to Western countries’ caseloads during the peak of the epidemic and China’s enormous population of 1.4 billion, the infections are very minor. In Zhengzhou’s iPhone factory complex, which has been under Covid restrictions for more than a month due to spiraling cases in its worker dorms, the increase in infections coincides with violent protests.

After violent protests broke out at the site, Zhengzhou, the city that is home to a sizable iPhone factory, issued an effective Covid lockdown for numerous neighborhoods. Residents in Zhengzhou’s city center are encouraged not to leave their homes “unless necessary” and are not permitted to leave the region without a negative Covid test and authorization from the authorities.

More than 6 million people, or roughly half of the city’s population, will be subject to the limitations, which start at midnight on Friday and extend for five days. After violent protests erupted at the vast complex of the city’s iPhone factories, Zhengzhou issued its order.

As officials urged people to remain at home after case counts reached a new high on Tuesday, malls, and parks in Beijing were closed. China’s leading auto association announced on Wednesday that it will cancel the 2nd day of the China Automotive Overseas Development Summit being hosted in Shanghai, a city of 25 million people that saw a two-month lockdown earlier this year, due to COVID worries.