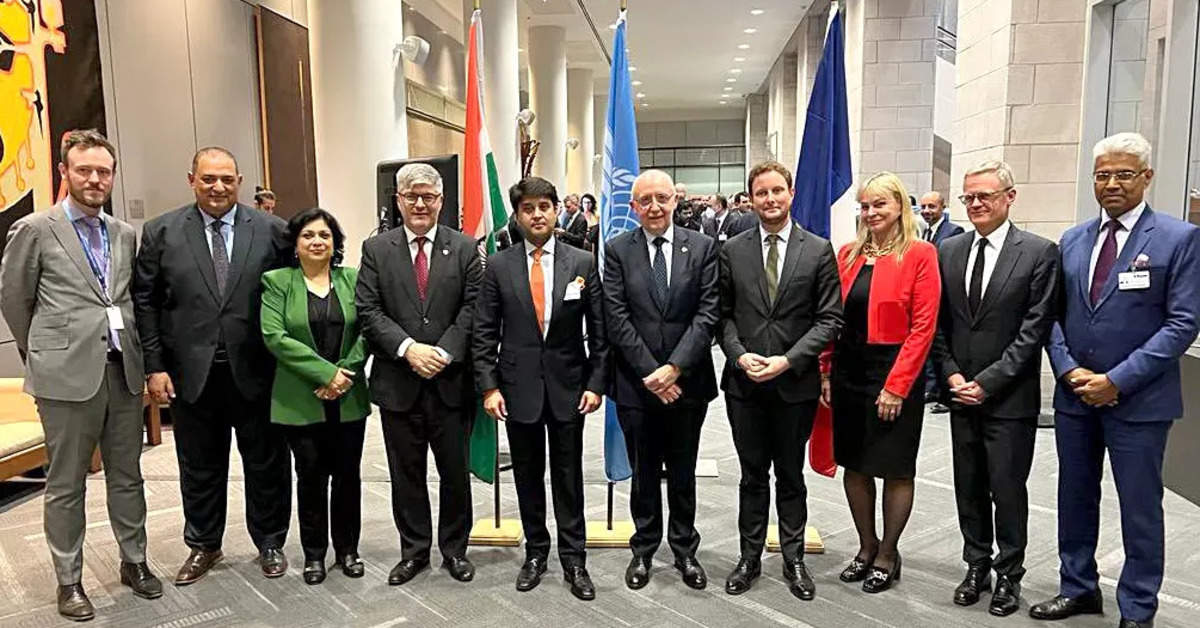 UN aviation agency members reached an agreement Friday to try to achieve by 2050 net-zero carbon emissions in air travel — often criticized for its outsized role in climate change.The assembly, which brought together representatives from 193 nations at the International Civil Aviation Organization’s Montreal headquarters, reached a “historic agreement on a collective long-term aspirational goal (LTAG) of net-zero carbon emissions by 2050!” the UN agency said in a Twitter message.

It added that it “continues to advocate for much more ambition and investment by states to ensure aviation is fully decarbonized by 2050 or earlier.”

“It’s an excellent result,” a diplomatic source told AFP, revealing that that only four countries — including China, the main thrust of global growth in air travel — “had expressed reservations.” The air transportation industry has faced growing pressure to deal with its outsized role in the climate crisis.

Currently responsible for 2.5 percent to three percent of global CO2 emissions, the sector’s switch to renewable fuels is proving difficult, even if the aeronautics industry and energy companies are seeking progress.The International Air Transport Association (IATA) said airlines were “strongly encouraged” by the adoption of the climate goal, coming one year after the organization endorsed the same position at its own general meeting.

IATA director general Willie Walsh said now “we expect much stronger policy initiatives in key areas of decarbonization such as incentivizing the production capacity of sustainable aviation fuels.” According to airlines, it will require investments of USD 1.5 billion between 2021 and 2050 to decarbonize aviation.

While the month of August continued to show momentum in air travel recovery, the international traffic, as recorded by International Air Transport Association, rose 115.6 percent versus August 2021 with airlines in Asia delivering the strongest year-over-year growth rates. Domestic traffic for August 2022 was up 26.5percent compared to the year-ago period.

“The global aviation community welcomes this landmark agreement,” said Luis Felipe de Oliveira, the head of Airports Council International, which represents 1,950 airports in 185 countries. “This is a watershed moment in the effort to decarbonize the aviation sector with both governments and industry now heading in the same direction, with a common policy framework,” he said in a statement.- Deal is non-binding – The agreement, however, was far from satisfying for some non-governmental groups expressing regret it didn’t go far enough and was not legally binding. Planes attract particularly sharp criticism because only about 11 percent of the world’s population fly each year, according to a widely quoted 2018 study by Nordic researchers.

In addition, 50 percent of airline emissions come from the one percent of travelers who fly the most, it found. “This is not the aviation’s Paris agreement moment. Let’s not pretend that a non-binding goal will get aviation down to zero,” said Jo Dardenne of NGO Transport & Environment.

She also expressed disappointment over tweaks considered by delegates to the sector’s carbon offsetting and reduction scheme, known as CORSIA. During the 10-day meeting, Russia had also sought but failed to get enough votes to be re-elected to the UN organization’s governing council, which is responsible for ensuring compliance with aviation rules.

Russia was accused of breaking international rules by registering hundreds of leased planes at home rather than returning them, as required by sanctions imposed after its invasion of Ukraine in February.

Abhinawa Devkota highlights that the travel industry is already taking steps to deal with its carbon emissions, primarily through the process of carbon offsetting. He encourages that an individual level, travellers can minimise their contribution to global warming by choosing overland transportation like buses and trails over gas-guzzling aeroplanes wherever possible.

The ICAO general meeting was the first since the start of the pandemic, which had brought the airline industry to its knees: in 2021 the number of airline passengers was only half the 4.5 billion in 2019, marking a small rebound from the 60 percent year-over-year drop in 2020.

The sector hopes in 2022 to see to 83 percent of its customer levels from three years ago and to become profitable again worldwide next year.