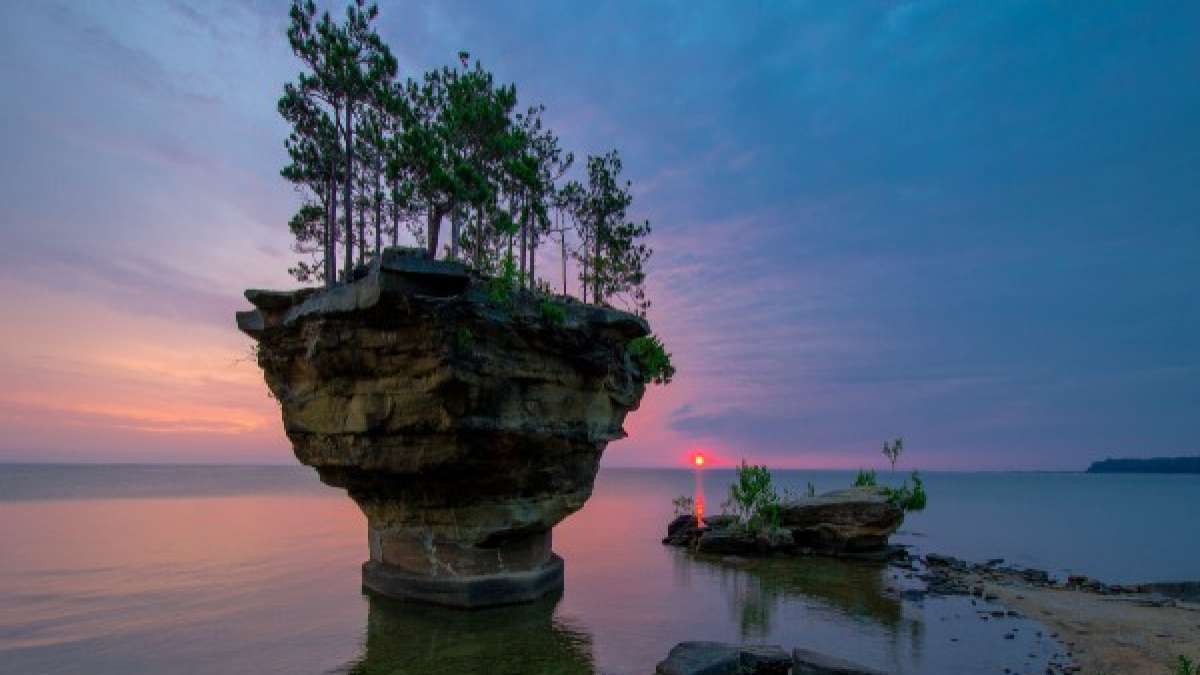 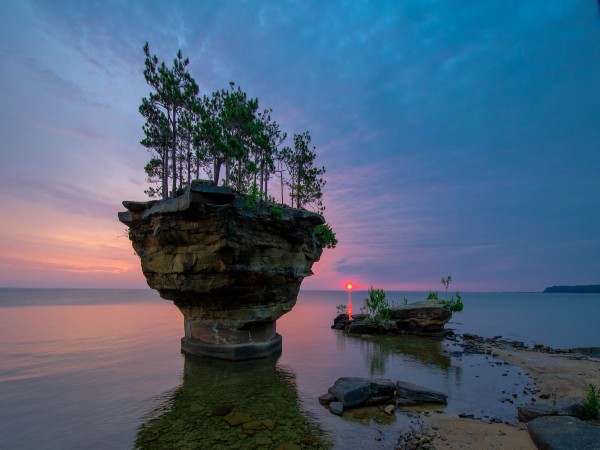 The island is largely forested, with cliffs at the eastern end, and over two-thirds of the land is owned by the state of Michigan. Its economic mainstay is tourism and, whilst that has traditionally meant summer visitors, Drummond – in common with many Great Lakes islands – is trying to promote all-year-round activities to keep the tills ringing, with some success.

Drummond Island is a natural paradise, described by its proud inhabitants as the ‘Gem of the Huron’. Diverse topography ranges from rocky ledges to cedar swamps, prairie meadowland to hardwood groves, and rugged shores to sandy beaches. The summer wildflowers can be spectacular, as are the trees from September.

It is a wildlife haven, with numerous deer the most visible animals. But there are plenty of raccoons, skunks, rabbits, squirrels, chipmunks, woodchucks and weasels. Rarer sightings include bears, moose, bobcats, coyotes and wolves. There is also a variety of reptile life, including snakes and turtles, plus many species of birds.

July to December is the best time to visit, except for those interested in Specialist winter pastimes like snowmobiling. Many facilities close out for the season.

The M-134highway on the mainland continues for 13 km (8 mi) on the island via the Drummond Island Ferry from DeTour Village. There is a small airport.

The British were reluctant to surrender the island, only abandoning Fort Collier in 1823, thus finally ending their military presence in the USA.