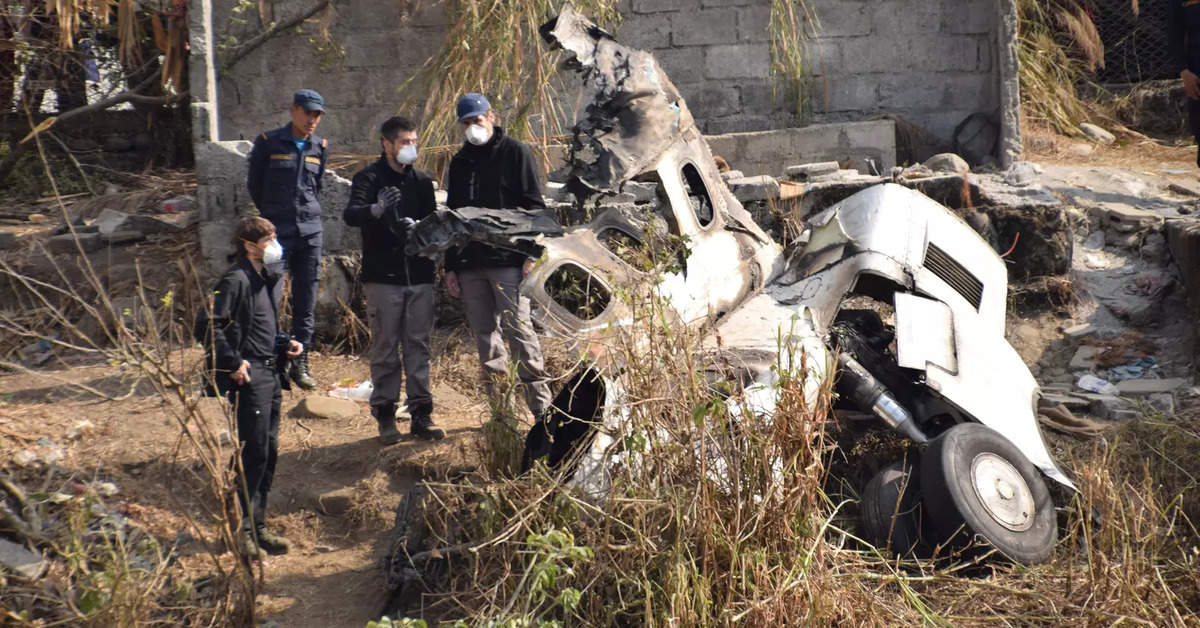 A team of experts from France, which is in Nepal to help the government investigate the crash of Yeti Airlines’ aircraft with 72 people on board, on Wednesday began its probe and visited the accident site in the resort city of Pokhara, officials said. The nine-member team is enquiring with the airlines’ staff and concerned authorities in Pokhara to understand details of the ATR-72 aircraft crash, which has left 71 people dead, including five Indians, according to the Yeti Airlines official.

The aircraft that took off from Kathmandu at 10:30 am crashed into Seti river gorge on Sunday, killing all four crew members and 68 passengers. One person on board the aircraft is still missing.

The government has formed a five-member probe committee to investigate the crash – Nepal’s deadliest aviation accident in over 30 years.

The probe panel headed by former aviation secretary Nagendra Ghimire has been asked to investigate the accident and submit its report within 45 days.

The ATR-72 is a twin-engine turboprop, short-haul regional airliner developed in France and Italy by aircraft manufacturer ATR, which is a joint venture between French aerospace company Aerospatiale and Italian aviation conglomerate Aeritalia.

The twin-engine ATR 72 aircraft, operated by Nepal’s Yeti Airlines, was completing the 27-minute flight from the capital, Kathmandu, to Pokhara, 200 kilometers (125 miles) west. It was carrying 68 passengers, including 15 foreign nationals, as well as four crew members, Nepal’s Civil Aviation Authority said in a statement. The foreigners included five Indians, four Russians, two South Koreans, and one each from Ireland, Australia, Argentina and France.

Meanwhile, the Nepali Army team continued search operations in the Seti gorge to look for the remains of the aircraft, an Army personnel said. The army said the search operation will continue on Thursday too. Out of 49 bodies brought at the Tribhuvan University Teaching Hospital at Maharjgunj in Kathmandu, postmortem have been performed on 23 bodies, according to doctors at the hospital.

The bodies will be handed over to the family members of the victims of the crash on Thursday, said Sudarshan Bartaula, a spokesperson at the Yeti Airlines.

The postmortem of the remaining bodies will start on Thursday. Twenty-two bodies of Nepali nationals have already been handed over to their relatives by the Pokhara Academy of Health Sciences, where the doctors completed the postmortem on Tuesday.

Many bodies are burnt or split in parts, thus making it challenging to identify. The bodies went through DNA tests after postmortem before they were handed over to their family members, Bartaula said.

The DNA identification formality has thus caused a delay in handing over the dead bodies to the family members, who have been complaining about the lengthy procedure.

According to Nepal’s civil aviation body, 914 people have died in air crashes in the country since the first disaster was recorded in August 1955.

The Yeti Airlines tragedy in Pokhara on Sunday is the 104th crash in Nepali skies and the third biggest in terms of casualties.