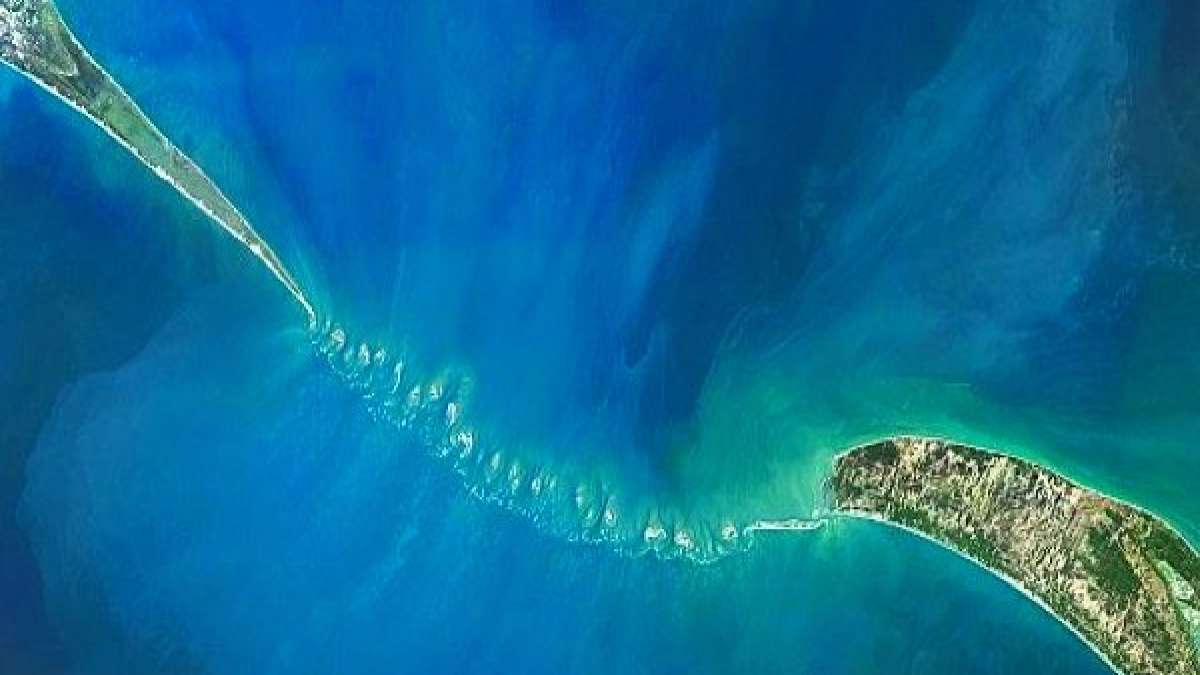 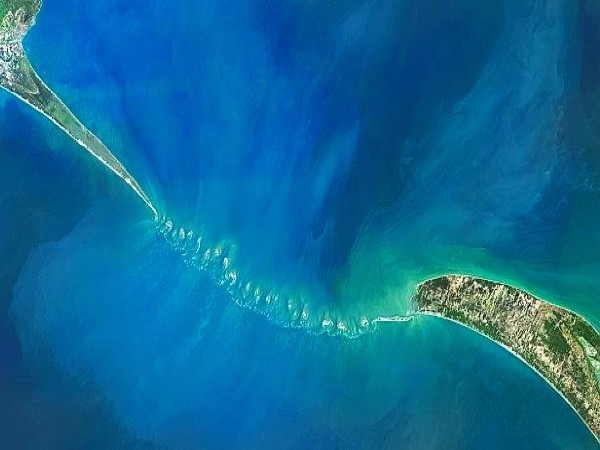 There are very few historical structures that link historical and mythological ideas in various parts of the world. Ram Setu, also known as Adam’s Bridge, is one of these works of art. For decades, political, religious, and ecological issues have centered on the Ram Setu, a limestone path that connects Mannar island off the coast of Sri Lanka to Pamban island off the coast of Tamil Nadu.

The Hindu mythology that the bridge was built by a monkey army headed by Lord Hanuman on behalf of Lord Ram, whose army was advancing towards Lanka to free his wife Sita who was being kept captive by Ravan, is the source of the current politics surrounding the nature of the “bridge.”

Here are Interesting scientific and religious facts about Ram Setu:

The bridge, often referred to as “Set Bandhai” or “Bridge of the Sea,” originally appeared in Ibn Khordadbeh’s Book of Roads & Kingdoms. Other legends claim that Adam crossed this bridge between Sri Lanka and India after leaving the Garden of Eden, giving it the name Adam’s Bridge. In addition to this, a British cartographer produced the first map in 1804, referring to this place as Adam’s Bridge.

The bridge is also supposed to be significant in Abrahamic religions because it bears the moniker “Adam’s Bridge” and is thought to be Adam’s footsteps from the moment he was expelled from paradise.

Ram Setu initially occurs in Valmiki’s Ramayana, a Hindu epic. On Nala’s direction, it is said that Lord Rama’s Vanara Sena built the bridge so that he could go to Lanka & rescue his wife Sita. According to folklore, the floating stones have Lord Rama’s name engraved on them, making the bridge unsinkable. It seems that Lord Rama asked the ocean for a path to go from India toSri Lanka, formerly known as Lanka & save Sita from Ravana, who was the king of Lanka.

3) There is a Bollywood movie on Ram Setu:

Abhishek Sharma is the director of the Bollywood action-adventure film Ram Setu. Abhishek Sharma has been striving to create a plot ever since learning about a legal case involving Ram Setu in 2007. The movie premiered in theatres on October 25, 2022, around Diwali. The protagonist of the Ram Setu narrative is an archaeologist who looks into the origins of Ram Setu, also known as Adam’s Bridge in English and sets out to establish its reality.

4) What is the greatest mystery:

The question of whether Ram Setu is a man-made bridge has been debated for a very long time. The bridge was initially referenced in Valmiki’s Ramayana, a Hindu epic, and is thought to have been erected by Lord Rama’s Vanara Sena (monkey army) on the orders of Nala in order to reach Lanka and free his wife Sita from Ravana’s grasp. The bridge also has a number of other intriguing facts about it.

The riddle of the floating stones has been investigated and attempted to be solved by numerous scientists. According to studies, floating stones are supported by science. Stone volcanoes that float are used to create the Ram Setu. However, according to Hindu doctrine, Lord Varuna’s blessings and the name of Lord Rama inscribed on the stones prevent them from sinking underwater.

Up until the 15th century, the bridge was supposedly walkable until storms widened the waterway. According to temple records, Adam’s Bridge, also known as Ram Setu, was totally above sea level until 1480, when it was destroyed by a hurricane that struck the region.

According to geological data, the bridge once served as a land link between Sri Lanka and India. Additionally, according to an oceanography study, the bridge is 7,000 years old, which fits with carbon dating results from beaches around Dhanushkodi & Mannar islands and the alleged Ramayana creation date.