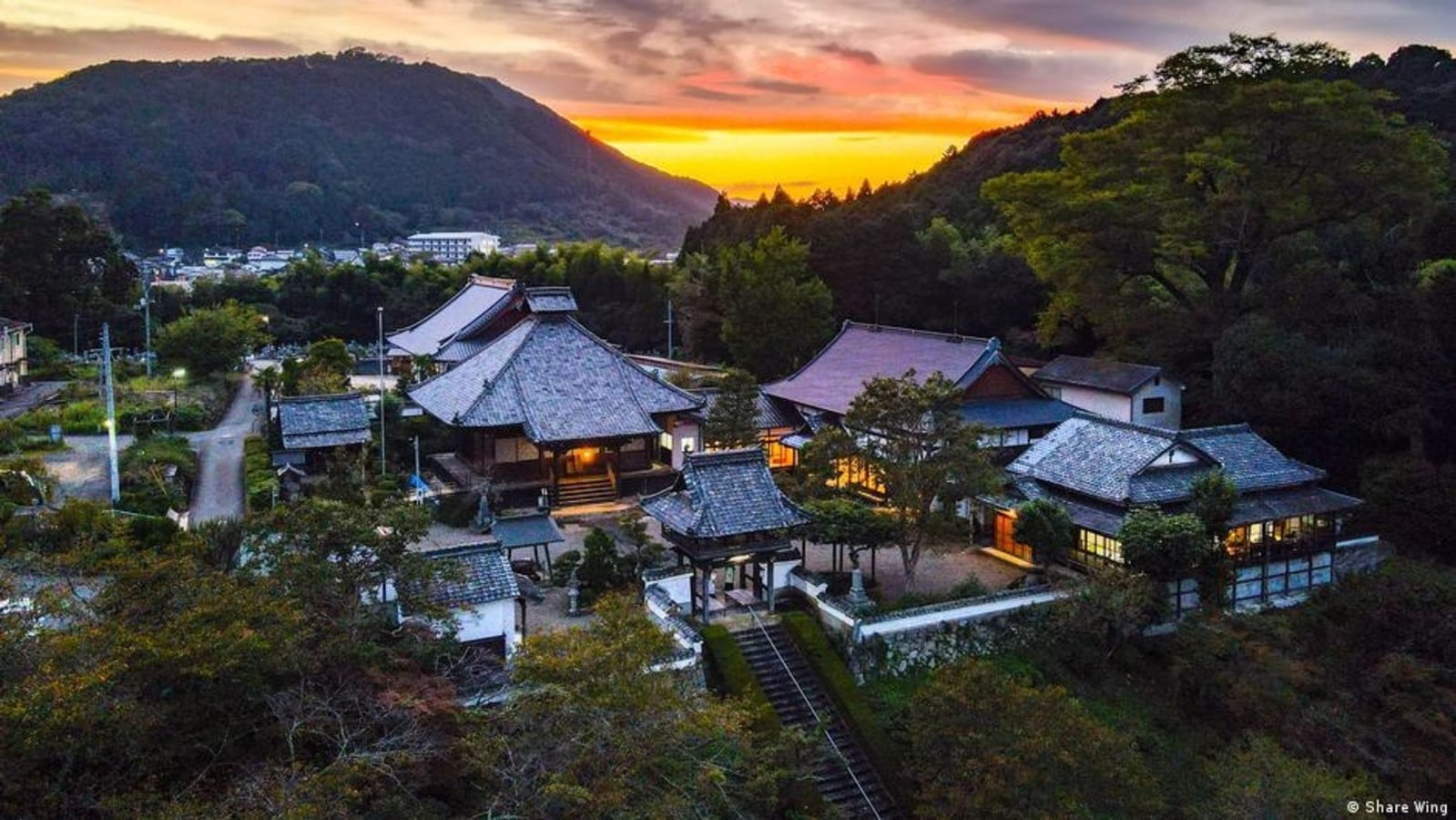 Rate this post
For centuries, holy men, pilgrims and nobles journeyed the sacred paths that crossed Japan in search of knowledge and enlightenment. At the end of a long day tramping the mountain paths, they invariably sought out an “otera,” or temple, to rest their weary bodies. The simple accommodation that temples were able to offer, along with traditional meals and prayers, became known as “shukubo.”

And now that pilgrims are a rarity in Japan, the temples are opening their sliding wooden doors to travellers from around the world.

“Some people still use the lodgings when they are on journeys to demonstrate their faith, but the number of those people is decreasing,” said Kaiji Yamamoto, a senior monk at Zenkoji Temple in Takayama, located in the central mountainous Gifu Prefecture.

“Today, more and more travellers are using shukubo as a unique place to stay and to deliver a completely calming experience,” he told DW. (Also Read | Japan holds tourism expo after 4 years to revive travel industry)

Experience the life of a Buddhist monk

In the early years of shukubo, the accommodation could be fairly spartan, in line with pilgrims’ ascetic practices. Guests often slept in shared rooms, took part in meditation and prayer sessions at different times of the day and night with the resident monks.

Traditional Buddhist “shojin ryori” meals were served without any meat, fish or other animal products.

Typical ingredients in a multi-course meal include seasonal vegetables and plants gathered from the mountains surrounding the temple, along with tofu and soybean-based foods. Taken together, these ingredients are believed to bring balance and alignment to the body, mind and spirit.

From these basic beginnings, shukubo accommodation has evolved significantly. Some temples offer accommodation that is on a par with good quality hotels but, at the same time, preserve the atmosphere of the traditional temple surroundings.

On special occasions, visitors may also be able to take part in cleansing rituals that involve standing beneath waterfalls and reciting prayers.

“Interest in shukubo is growing, I believe, because an increasing number of people are interested in learning about Buddhism and taking part in training such as ‘zazen’ meditation, mindfulness, and other forms of physical and mental conditioning, as well as experiencing a different form of culture,” Yamamoto said.

It helps, he added, that many temples are located in rural parts of Japan that appeal to foreign visitors who have already explored the cities and are looking to experience ancient traditions.

Eager to tap into growing interest from companies at home and abroad, several temples have also begun to offer corporate retreats, team-building stays, conventions and incentive trips, along with remote-working opportunities.

Houkouji Temple, in rural Shizuoka Prefecture to the southwest of Tokyo, is among the properties that has staged business events, making use of an ornate main hall that can seat several hundred people for meditation sessions, lectures and meetings.

The sprawling 15,000-square-meter temple compound also has a tea ceremony room, meeting rooms, accommodation for up to 50 guests and a shojin ryori refectory.

Mai Sato is founder and CEO of Tokyo-based ShareWing Inc. which operates the Otera Stay brand and represents 10 temples across Japan.

“Temples are a great place to spend the night, to relax, to pause and to experience Japanese culture, traditions and Buddhism through meals, experiences and conversations with the temple’s priests, rather than by visiting a temple as an ordinary sightseeing activity,” she told DW.

“The large halls and Japanese-style rooms are magnificent examples of traditional Japanese architecture, with visitors able to experience that art of ancient Buddhist statues and paintings, many of which are registered as national treasures,” she said.

“Time spent in the sacred air and the rich natural environment is also very special. And that is a big difference from a hotel in a city center of a bustling tourist resort,” she added,

At Zenkoji Temple, senior monk Yamamoto is looking forward to welcoming foreign visitors once more, now that the worst of the coronavirus pandemic has passed and the nation’s borders have reopened.

“A shukubo is overwhelmingly different from staying at a hotel or inn,” he said. “It is a living culture, not a manufactured facility for amusement or entertainment and a guest can experience all the traditions and history that have been passed down through the generations.”

And Yamamoto and his monk colleagues are preparing to once again hold the temple’s unique “kaidan meguri” ritual.

“In the kaidan meguri rite, a participant must walk down the temple’s stairs without any light to show the way,” Yamamoto said. “If you are able to find the lock in the door in the pitch black, then it is said you will gain courage and overcome any fears of the dark.”