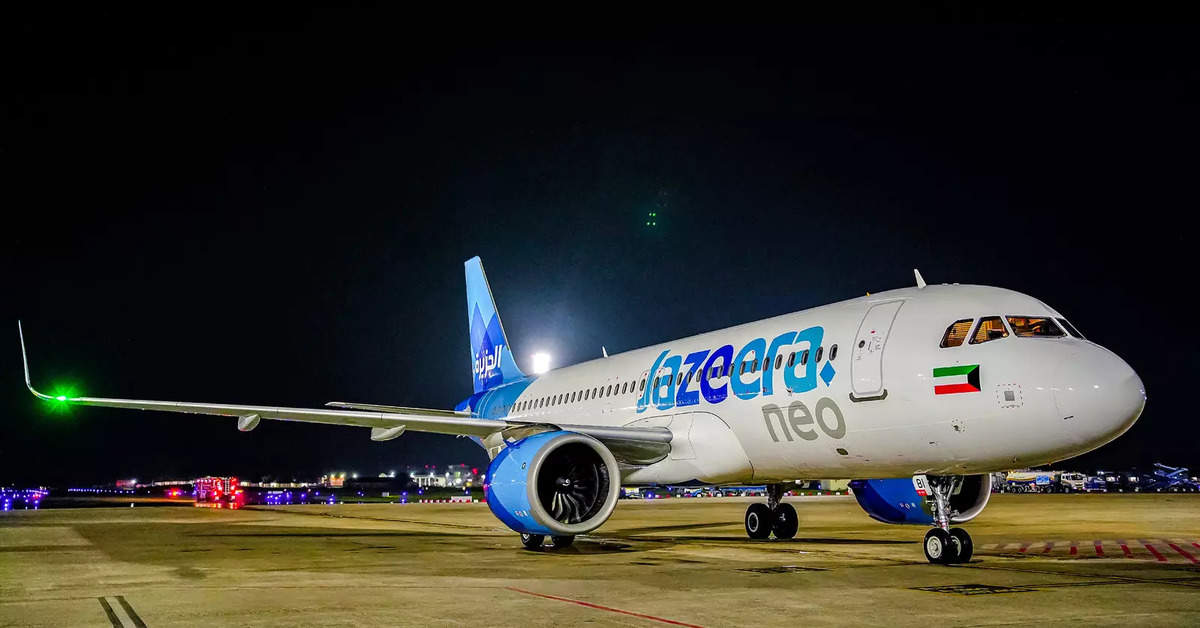 Kuwait’s low-cost airline Jazeera Airways will now connect Bengaluru with the west Asian nation and further with two flights a week from Kempegowda International Airport (KIA) starting November 4. Targetted at tourists and business travellers, the private airline plans to operate from Bengaluru on Fridays and Sundays and will have return flights from Kuwait City on Thursdays and Saturdays.

Declaring open the Bengaluru operations recently at an event in Bengaluru, Andrew Ward, Vice-President (marketing) of Jazeera Airways said that the Bengaluru-Kuwait flights are a key step towards the expansion of the airline in India.

These are the first aircraft to be delivered from the airline’s 2021 orderbook for 20 A320neos and 8 A321neos. Jazeera had placed the order for the 28 aircraft with Airbus in November 2021. According to the airline, the agreement is valued at USD 3.4 billion (KD 1.3 billion).

“We are the only private airline from Kuwait and the Bengaluru route is key to us as there are not many direct flights from the Garden City to Kuwait. We also aim to attract Indian flyers to use Kuwait city as a transit point to take flights further to European and other destinations flown by Jazeera,” Ward added.

Jazeera flight J9 432 from Bengaluru to Kuwait is expected to take off from KIA at 2 am on November 4 and land in Kuwait after a flight time of five hours and 25 minutes. However, Flight J9 431 will leave Kuwait on Thursday and touchdown in Bengaluru early Friday. Ticket bookings is now available on Jazeera’s official website, sources said.