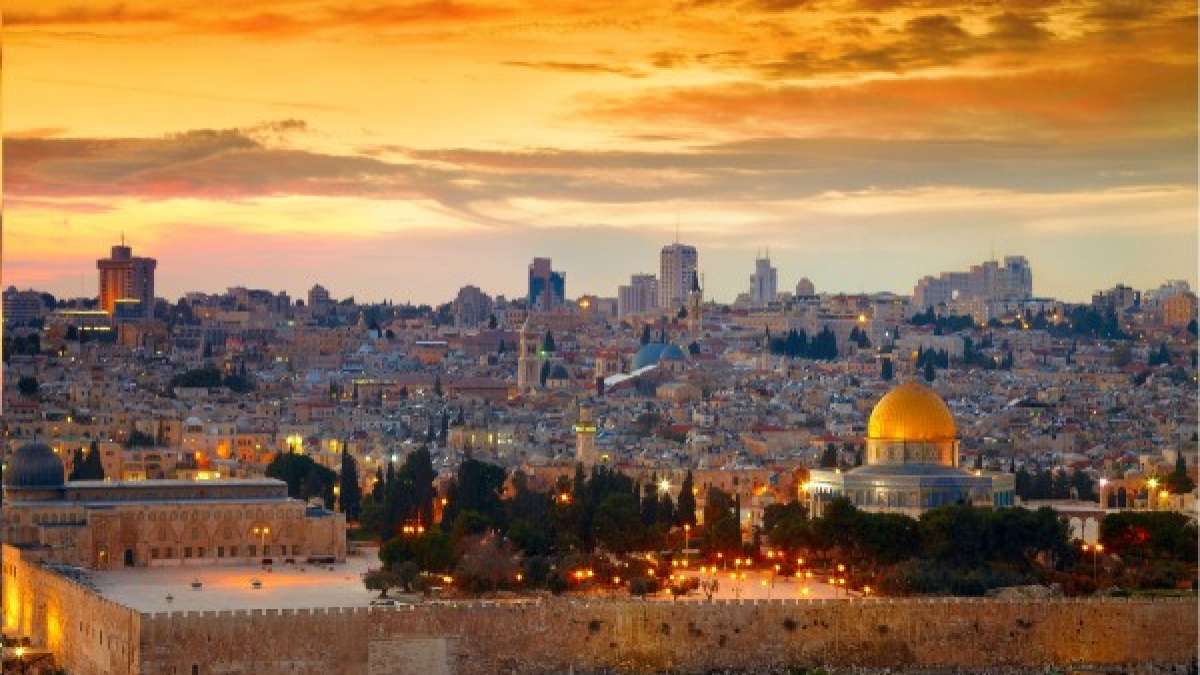 In the Judean mountains, between the Mediterranean and the Dead Sea, Jerusalem, the capital city of modern Isreal, has experienced an epic history going back to its foundation 5,000 years ago. Jerusalem has been the spiritual centre of the Jewish people since the tenth century, but it also contains a number of significant ancient Christian sites and is considered the third-holiest city in Islam. Over the centuries many different powers have fought for, ruled over and lost Jerusalem, including the Egyptians, Assyrians, Babylonians, Persians, Greeks, Romans, Byzantines, Arabs, Crusaders, Mamluks, Ottomans and the British.

Jerusalem boasts relics dating back as far as 3,000 BC. The walled Old City lies at its centre, with Jewish West Jerusalem on one side and Arab East Jerusalem on the other. It has been traditionally divided into four quarters: the Armenian, Christian, Jewish, and Muslim Quarters. It is home to several sites of key religious importance: the Temple Mount and its Wailing Wall of significance for Jews, the Church of the Holy Sepulchre of significance for Christmas, and the Dome of the Rock and Al-Aqsa Mosque for Muslims. There are so many attractions and sites here that it is impossible to list them all.

It was on the highly contested Temple Mount that Abraham is said to have prepared his son for sacrifice. The First and Second Temples were built on the site to be the repository of the Ark of the Covenant. The only remaining wall of the Second Holy Temple, known as the Western Wall, or Wailing Wall, marks the border between the ancient stones. The Jewish quarter contains numerous religious institutions, museums and archaeological sites, including the main Roman thoroughfare through the city, the Cardo.

Temple Mount is also of great importance to Muslims, as it is from here that Muhammad is said to have ascended to heaven. The glided Dome of the Rock stands in the temple compound with the Al-Aqsa Mosque. It is believed to be the oldest extant Islamic building in the world. Bordering the same side of the Temple Mount is the Muslim quarter, entered through the main Damascus Gate. Rich in architecture from the Mamluk period (1250-1516), the Muslim souk, with its winding alleyways, is a great place to explore.

Jaffa Gate is the entrance to the Armenian and Christian quarters. More than 1,000 Armenian and Christian quarters. More than 1,000 Armenians live here, with much of their daily life taking place behind the high walls of the Armenian compound. Another site of huge religious significance is where Christ is supposed to have been crucified.

March to April, or September to November

Because of security measures, crossing between areas of the city takes and can be a hassle.