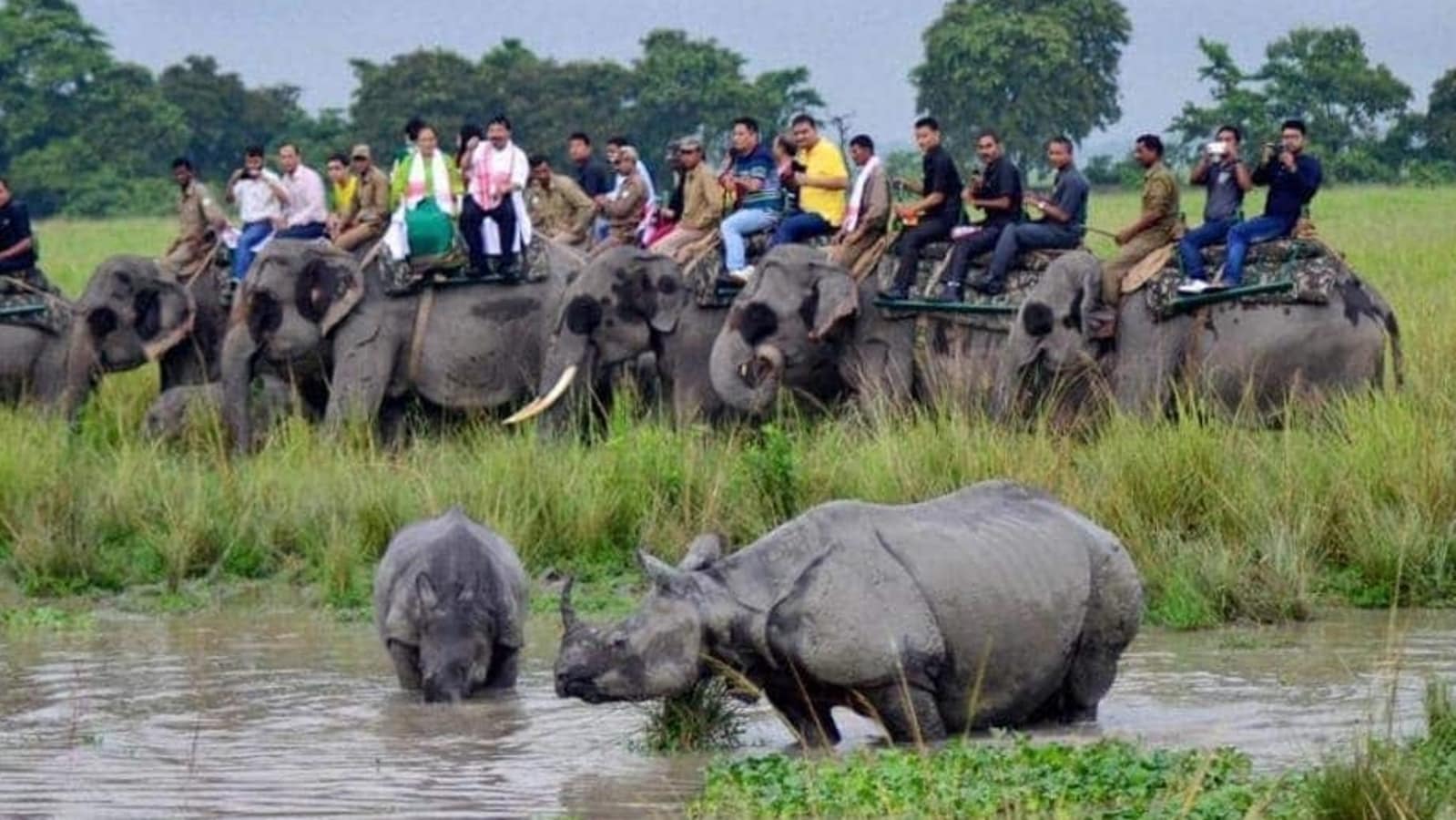 The Kaziranga National Park and Tiger Reserve under the jurisdiction of Eastern Assam Wildlife Division were reopened on Sunday for the 2022-23 season tourists. In a general notice issued by Ramesh Kumar Gogoi, Divisional Forest Officer of Eastern Assam Wildlife Division in Bokakhat stated that currently the park is partially opened only for Jeep Safari in two ranges– Kaziranga Range, Kohora and Western Range in Bagori due to the conditions of the roads because of inclement weather. (Also read: Kaziranga National Park reopens for tourists in Assam)

“At present, tourists are allowed to travel up to Bimoli Tiniali via Donga tower under Western Range, Bagori and from Mihimukh via Daflang tower to Vaichamari Junction under Kaziranga Range, Kohora till further notification/orders,” the DFO said in the notice.

On September 22, Assam Chief Minister Himanta Biswa Sarma along with Sadhguru Vasudev opened the Kaziranga National Park for tourists for this season.

Chief Minister Sarma, on the day, also unveiled three rhino statues at Mihimukh in Kaziranga along with Vasudev.

These rhino statues have been created using the ashes collected from burning rhino horns. It may be noted that on September 22, last year, the Assam government made history when a stockpile of 2,479 rhino horns were consigned to flames to send across a strong message to the poachers and illegal horn traders that rhino horns have no medicinal value.

The rhino statues thus created are an attempt to immortalize the efforts and dedication of those who selflessly protect Assam’s pride, the great one-horned rhinoceros.