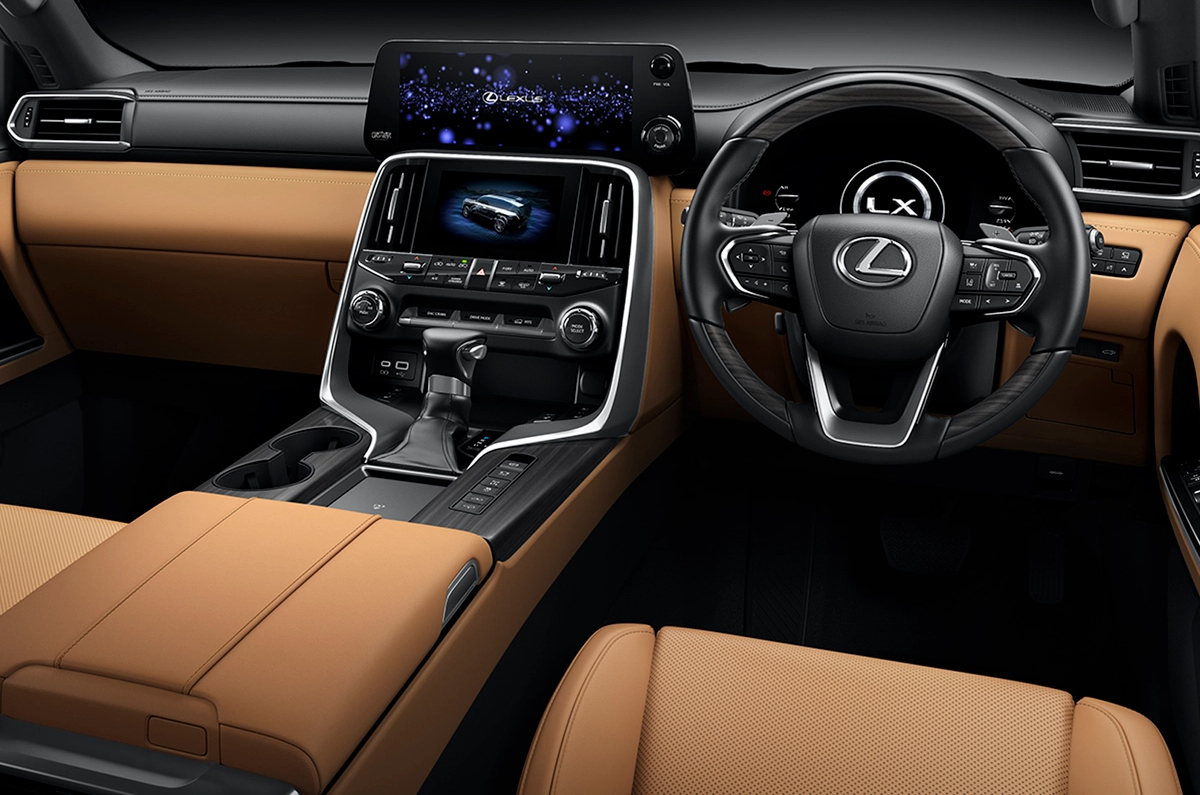 The new LX SUV only gets a 3.3-litre twin-turbo V6 diesel engine for the Indian market. No petrol engine option as of now.

Lexus has launched the LX 500d at Rs 2.82 crore (ex-showroom) in India and is expected to start delivering the first batch of the luxury SUV between January and March 2023. The Japanese carmaker will be participating in the Auto Expo for the first time, where it will exhibit the LX 500d alongside the upcoming RX SUV and LC coupe.

Essentially a more luxurious alternative to the popular Toyota Land Cruiser LC300, the Lexus LX 500d gets a butch yet stylish design, with an upright body replete with squared-out wheel arches and large alloy wheels. The SUV gets unique Lexus design cues, including the large Lexus signature grille and headlamp design.

While the LX 500d does resemble the LC300 in profile, it gets slightly different rear quarter windows. At the back, the LX sports a connected light bar and gets Lexus lettering on the tailgate instead of the logo.

The Lexus LX 500d gets a choice of four colours for the interior – tan, red, black and a combination of white and brown. While globally the LX comes with 5- and 7-seat configurations, India only gets the former.

Inside, the LX 500d gets a twin-screen set-up, with the upper 12.3-inch unit functioning as the infotainment system and the lower 7.0-inch showing off-road data as well as climate control functions. It also has an 8.0-inch multi-information display in the instrument cluster. Rear seat passengers will also get two 11.6-inch touchscreens with wireless remote control.

The previous generation LX was offered in LX 450d diesel and LX 570 petrol variants. However, with BS6 norms coming in, Lexus discontinued the diesel engine. However, Lexus is now only bringing the diesel variant – LX 500d – and not the LX 600 petrol variant.

The LX 500d gets the same 3.3-litre twin-turbo V6 diesel engine as the latest Land Cruiser. It produces 309hp and 700Nm of torque and is mated to a 10-speed automatic gearbox. The LX gets all-wheel drive as standard, along with multi-terrain mode for off-roading. It also gets multiple drive modes – Normal, Eco, Comfort, Sport S, Sport S+ and a custom mode.