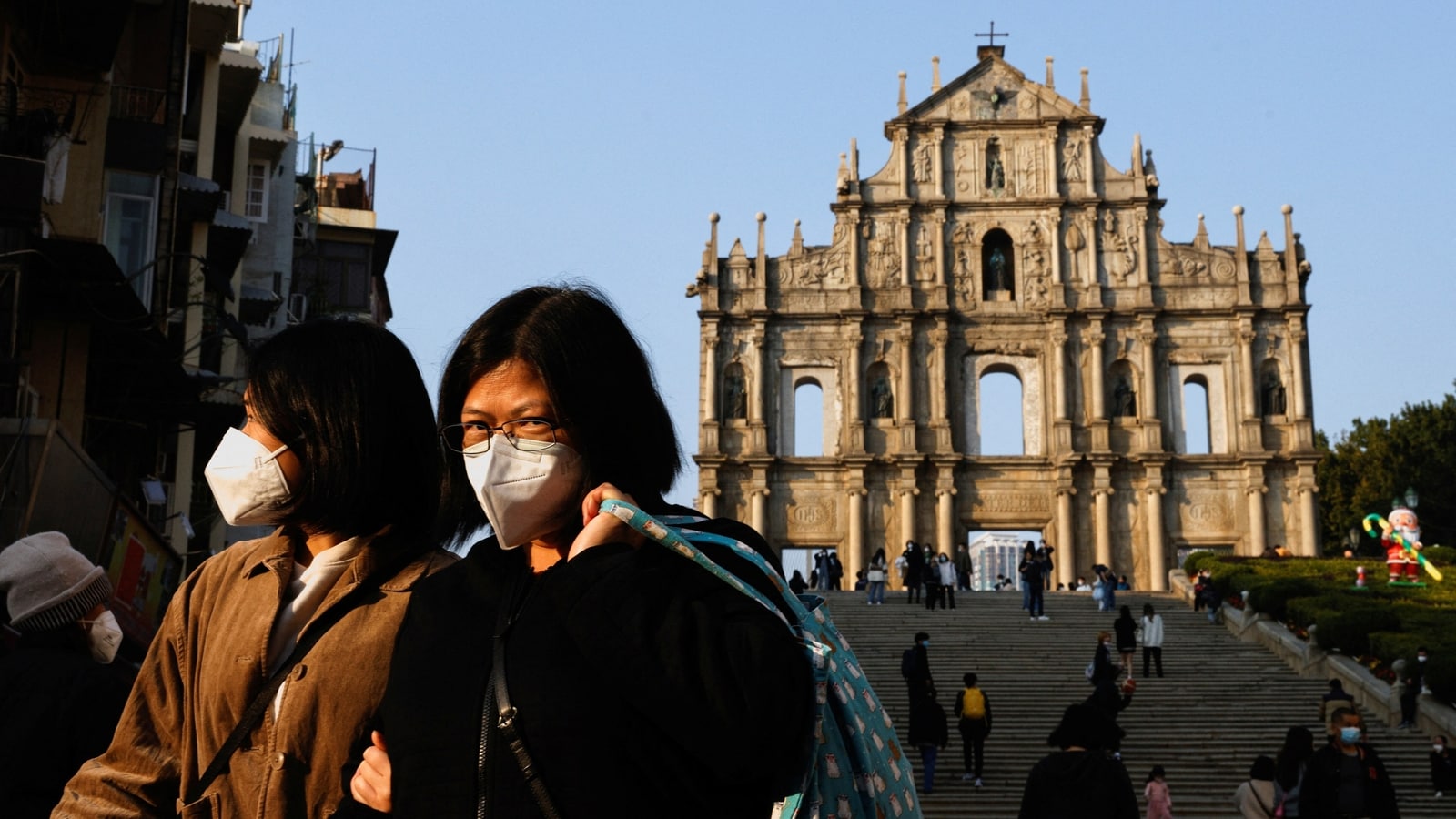 Rate this post
Only a few tourists crisscrossed the wavy black and white paving of Macau’s historic Senado Square on a recent weekday and many of the shops were shuttered.

The gaming hub on China’s south coast near Hong Kong has endured some of the world’s strictest anti-virus controls for nearly three years, and a loosening of border restrictions after China rolled back its “zero-Covid” strategy in early December is widely expected to boost its tourism-driven economy.

But for now, China’s worst wave of infections so far is keeping away the hoards of high rollers who usually fill its casinos. From Dec. 23-27, the city saw a daily average of only 8,300 arrivals, according to police data. That’s just 68% of November’s level. The scene improved on New Year’s Eve with 28,100 visitors entering the city that day but that’s only 66% of the level a year ago. The daily average was 108,000 in 2019, before the pandemic.

Last week, China announced it would resume issuing passports for tourism, potentially setting up a flood of Chinese going abroad, but also spicing up competition for Macao.

Businesses are hoping the Lunar New Year holidays in late January will bring better luck for the territory of 672,000 people, a former Portuguese colony and the only place in China where casinos are legal.

“Tourists just come here to have a walk instead of shopping,” said Antony Chau, who sells roasted chestnuts on the square known for the European-style buildings that recall its history as a former Portuguese colony. ”They’re just wandering.”

A rebound could not come a moment too soon for souvenir shop owner Lee Hong-soi.

He said his business has been even quieter recently than before entry rules were relaxed. Since entry into Macau requires a negative PCR test result before departure, many in mainland China could not visit because they were infected, he said. And now Macau and other parts of China are battling outbreaks.

“I am running out of strength after enduring for three years,” he said.

Several hundred meters away, visitors were enjoying an unusual degree of tranquility at the Ruins of St. Paul’s, originally the 17th century Church of Mater Dei.

Rain Lee, 29, visiting from Hong Kong with her husband, said she was happy not to deal with crowds, but disappointed so many businesses were shuttered.

“Many shops are gone,” said Lee, a property manager. “I wish it could be like the pre-pandemic days when all stores were open, with many people walking in the streets. It was more vibrant back then.”

Beijing visitor Xylia Zhang, 36, taking her first trip outside the mainland since the pandemic began, was looking forward to trying her luck in the casinos.

“It’s quite exciting because I may lose the several hundred dollars (in Chinese yuan) that I budgeted,” she said. “I have been to casinos in Seoul and Las Vegas. But I haven’t experienced that in Chinese-speaking places.”

The surge of cases in China has prompted some people to go to Macau to get shots of the mRNA-based Pfizer-BioNTech vaccine, which is not available in the mainland, the Chinese business news website Caixin reported last month. Macau’s University Hospital, which provides the service, did not reply to an emailed request for comment and its phone rang unanswered Friday.

But there has been no sign of a rush of customers, especially not in the casinos.

Gambling floors at two major casinos were half-empty Wednesday, with just a few small groups of Chinese visitors sitting around slot machines and craps tables, dealers visibly bored with the lack of activity.

It will take a while for Macau to regain its pre-pandemic pizzazz, said Glenn McCartney, associate professor in integrated resort and tourism management at the University of Macau.

“(For) tourism, you can’t sort of snap your fingers, and things start to move,” McCartney said.

But he said Macau’s tourism officials have staged road shows in China during the pandemic, leveraging the scenic city’s location just across the border.

The Lunar New Year will bring a sense of the potential for a longer term rebound in tourism, he said.

“That could be the cue.”