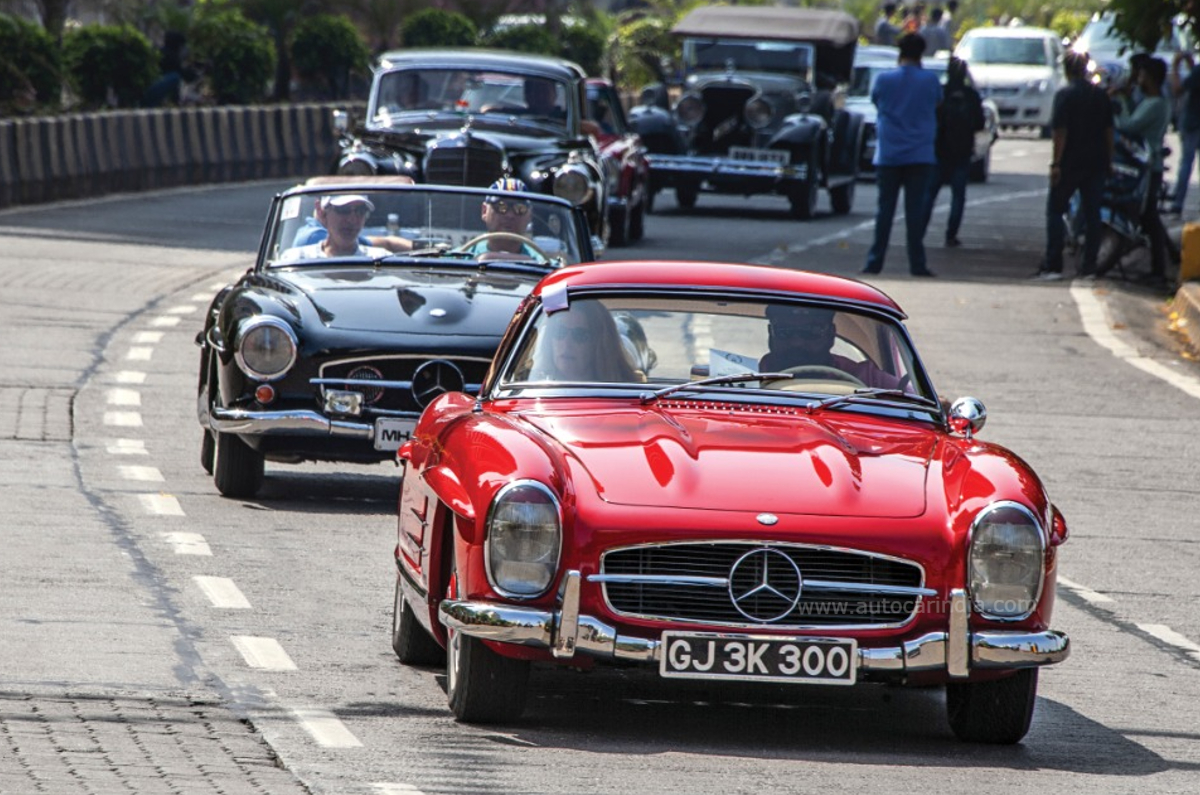 The ninth edition of the prestigious event will play host to classics of all shapes and sizes, and will see participation from across the country.

The ninth edition of the Mercedes-Benz Classic Car Rally is right around the corner. The blue riband event has been exhibiting a sparkling array of Mercedes-Benz classics since 2014, and the 2022 edition promises to be bigger and better than ever.

This year’s event – which will be held on November 20 at the Taj Lands End in Mumbai – will also allow for every Mercedes-Benz manufactured and sold in India up to 2002 to be eligible for the Star Classic category. And so, on display will be the entire India range, up to the W203 C-Class, W210 E-Class and even the W220 S-Class. Giving them company will be the first-generation W 163 ML, the only ML to ever sport a ladder frame chassis and the first-ever SL to be sold in India, the R230.

Another highlight is the entire range of W123, W124, and W126 in all body styles – from coupes, cabriolets and limousines to estates, SWB and LWB sedans. If you are into estates, you’ll be happy to get a close look at the S124, which will give company to an extremely rare 180D by Karrosserie Binz. Other big draws include the Nurburg (Mercedes’s first-ever eight-cylinder car), the supercharged 500K, owned by Mumbai Samachar’s Hormusji Cama, and the highly sought after 300 Adenauer Series in three body styles along with the 170V range.

“No other manufacturer has the sheer number of classic cars in India as Mercedes-Benz”, said Perseus Bandrawalla, who has been curating the rally since its inception. “When we started the event, we had a database of around 90 cars. Today, we can proudly say we have over 750 cars, and a large percentage of these have been resurrected or restored after the MBCCR came in,” added Bandrawalla. According to him, the sheer number of cars in different body styles is evidence of the popularity of Mercedes-Benz cars in India even before the manufacturer officially entered the country. “And the number of cars still on the roads showcases the durability of these models,” said Bandrawalla.

The MBCCR will also be celebrating 50 years of the ‘best car in the world’, and all the generations of the S-Class will be present at the event, starting from the W116 to the latest W223. The S-Class’ illustrious predecessors, including the W180 Ponton 220S and W111 Fintails, will also make their presence felt at the MBCCR 2022.

When it comes to the E-Class, expect to see all models, starting with the W120 Ponton and all the way to the popular W 210. C-Class fans will not be disappointed either, as the entire range will be available present there, from the 201 to the 203.

What about sportscars, you ask? We’ve got news for you. The desirable first-generation SLK R170 – 230K Final Edition, the SLS AMG Roadster and the Gullwing are expected to be part of the event, alongside the A208 CLK Roadster. The MBCCR will also have the 1886 Patent Motor Car Replica alongside the EQS, which represents the future of Mercedes-Benz.