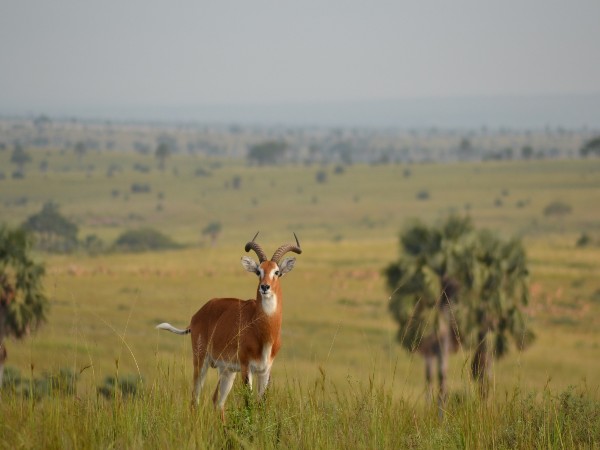 The extinct volcano of Mt Elgon lies at the heart of the spectacular national park that bears its name. It is an area with a rich variety of wildlife, including spotted hyenas, rock hyraxes and leopards but it is for its herd of elephants that it has, tightly, become famous.

The sparse vegetation that many herbivores in Africa eat does not give them sufficient minerals in their diet,

including sodium, so they have to find sources elsewhere, such as natural salt licks, where salt has been leached from the rocks and deposited by water. These sites are sometimes found near the water holes that the animals use. However, in Mt Elgon National Park, the elephants have taken things a step further.

There are several caves here that contain deposits of salt and over many centuries the largest of them, Kitum, has been carved 200 m (660 ft) into the mountainside by the elephants so that they can exploit the salt. Each night, led by one of the herd elders, they wend their way to the cave and through its twisting passages to the salt deposit, gouging the rock surface with their tusks before licking the salt off.

It is an eerie spectacle to watch, as 100 or more of these large mammals approach the cave through the night, finding their way blindly along a route memorized by previous generations of elephants over hundreds of years.
A beautiful landscape with one of nature’s most special wildlife-watching moments.

By road via Kitale