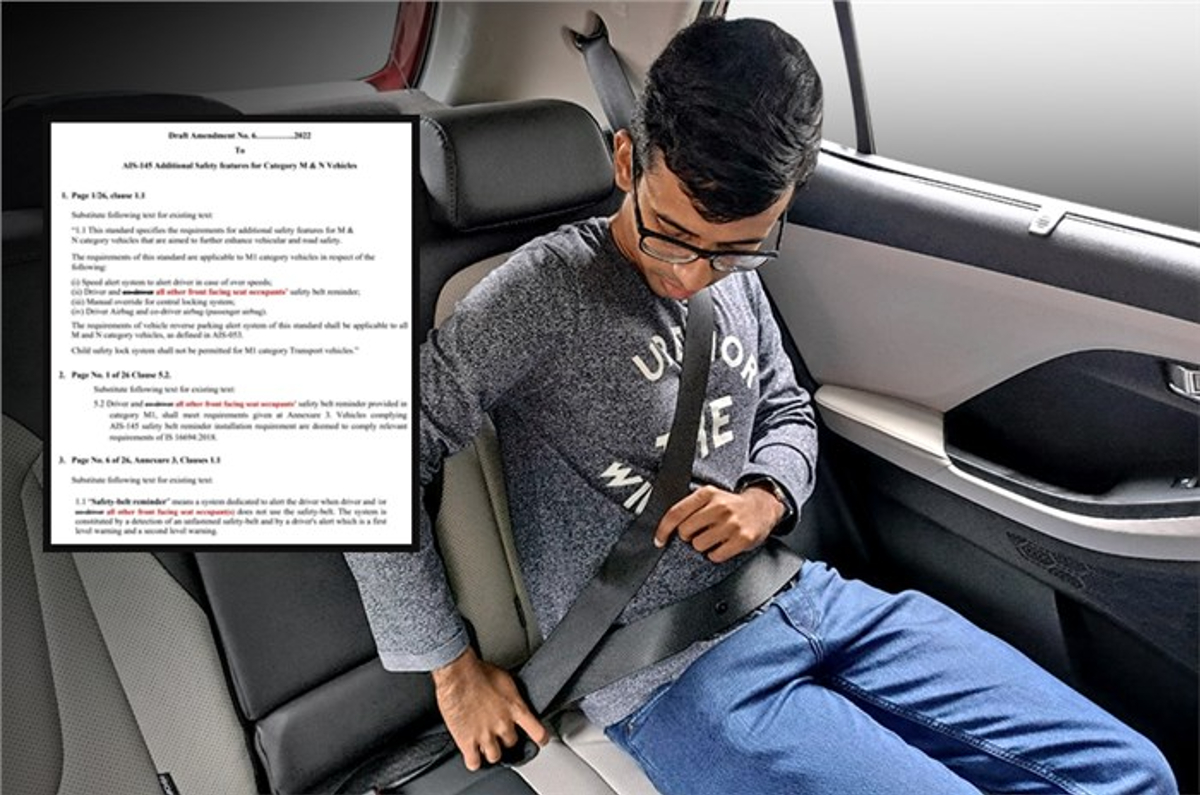 Upon implementation, the Mumbai Police will issue e-challans to car passengers not wearing seat belts, even to those in the rear.

The Mumbai Police has postponed the mandatory rear seat belt rule by 10 days; it was set to take effect from November 1. The rule’s implementation will see the city police will crack down on passengers not wearing seat belts inside cars, even those seated in the rear.

Mumbai Police seat belt rule: why has it been postponed?

The postponement of the rear seat belt rule to November 11 was announced by the Deputy Commissioner (Traffic) of Mumbai Police, Raj Tilak Roushan. This was done to give enough time to sensitise commuters about the rule before its strict implementation. During this time, the Mumbai Traffic Police will raise awareness about the rule through social media and radio stations. Once implemented, violations of the seat belt rules will be punished by e-challans, in line with the Motor Vehicles Act, which makes not wearing a seat belt punishable by fine. In Mumbai, seat belts are currently mandatorily only for the driver and front seat passenger.

The Union Minister for Road Transport and Highways, Nitin Gadkari, laid out a draft notification earlier in September detailing the penalty for not wearing rear seat belts in passenger vehicles. Gadkari released his statement a few days after former Tata Motors and Tata Sons chairman Cyrus Mistry was tragically killed in a road accident.