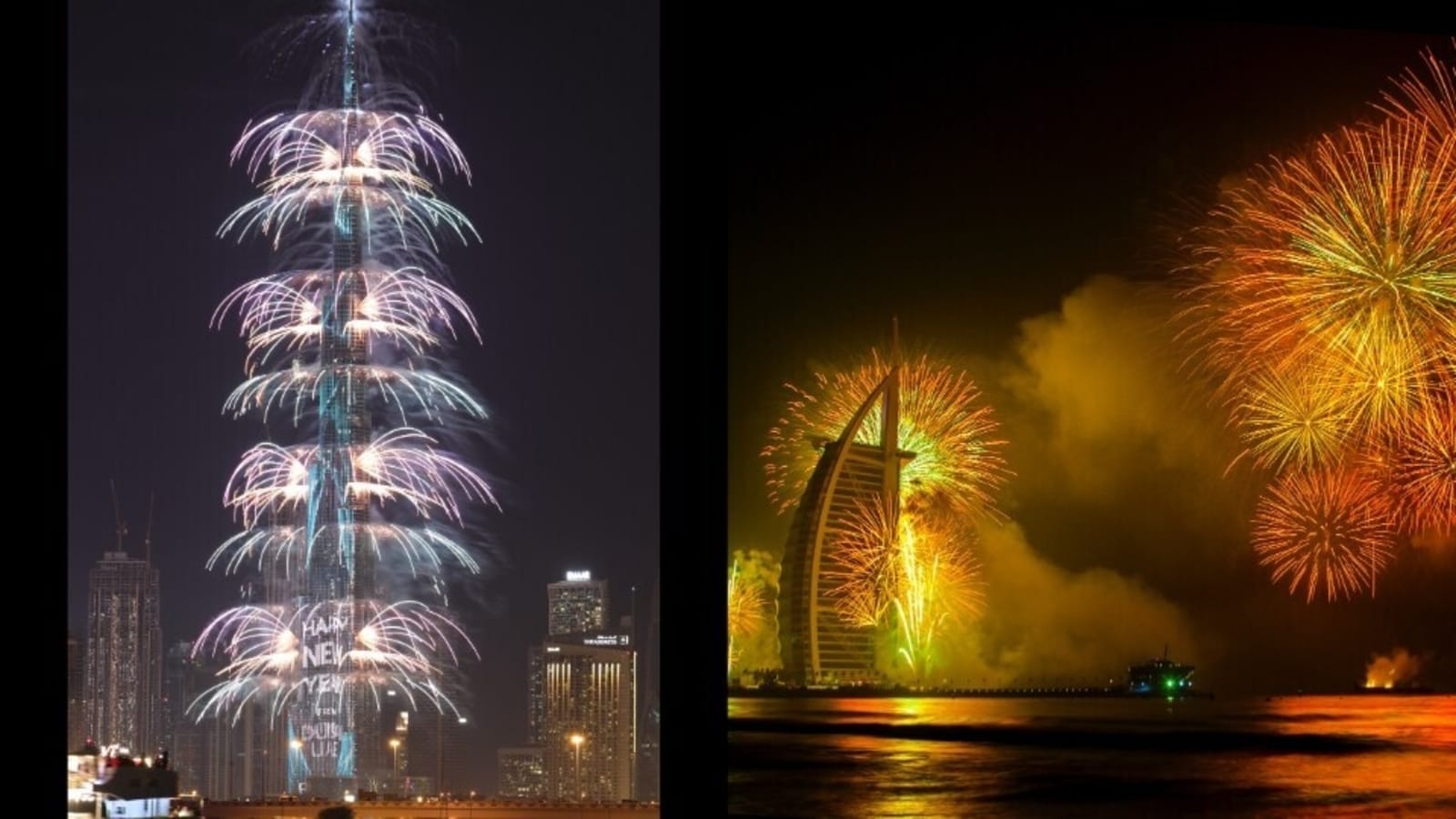 Rate this post
With only a few hours left to mark the onset of New Year 2023 celebrations, the UAE authorities are ensuring safety, security and accessibility where according to Dubai Police, a total of 10,597 personnel, 5,800 security guards, 1,420 volunteers, 3,651 patrols and vehicles and 45 marine boats, are deployed at 30 locations which will host celebrations and fireworks. Since all eyes will be on Downtown Dubai for its magnificent pyrotechnic, lights and laser spectacle, an additional 10,000 CCTVs and teams from Dubai Police, Roads and Transport Authority, Civil Defence and the Dubai Corporation for Ambulance Services have been employed at various locations in Dubai to ease traffic movement and mobility of people especially in Burj Khalifa area.

For the best view of the New Year’s celebrations and the fountain performances, people will be heading to the Burj Park, a little island in Burj Lake. However, the Dubai Police alerted that traffic will be diverted to Marasi Drive due to the closure of Burj Khalifa Street.

Taking to their Twitter handle, Dubai Police announced, “#Traffic_Update | Traffic will be diverted to Marasi Drive due to the closure of Burj Khalifa Street. #MyDubaiNewYear (sic).”

The Global Village will too be open from 4pm to 2am on December 31 to host seven fireworks’ shows where six minute-long displays will start at 8pm on the main stage to coincide with the stroke of midnight in different countries including the Philippines, Thailand, Bangladesh, Pakistan, India and Turkey. If you are attending the ‘Disco till Dawn’ event at Dubai Opera that will feature performances by Britain’s Got Talent’s dancing team Jasmine & Aaron, you will be led outdoors to the seafront at exactly midnight to see the renowned Burj Khalifa fireworks.

Those not in Dubai can watch the live streaming of the spectacular light show at Burj Khalifa here:

As another year of Covid-19 pandemic ends with a recent surge in coronavirus cases, an important part of the New Year 2023’s celebrations will focus on sending good wishes to all and hoping that the coming year brings along only health, happiness, good luck, victories and much-awaited reunions for everyone.