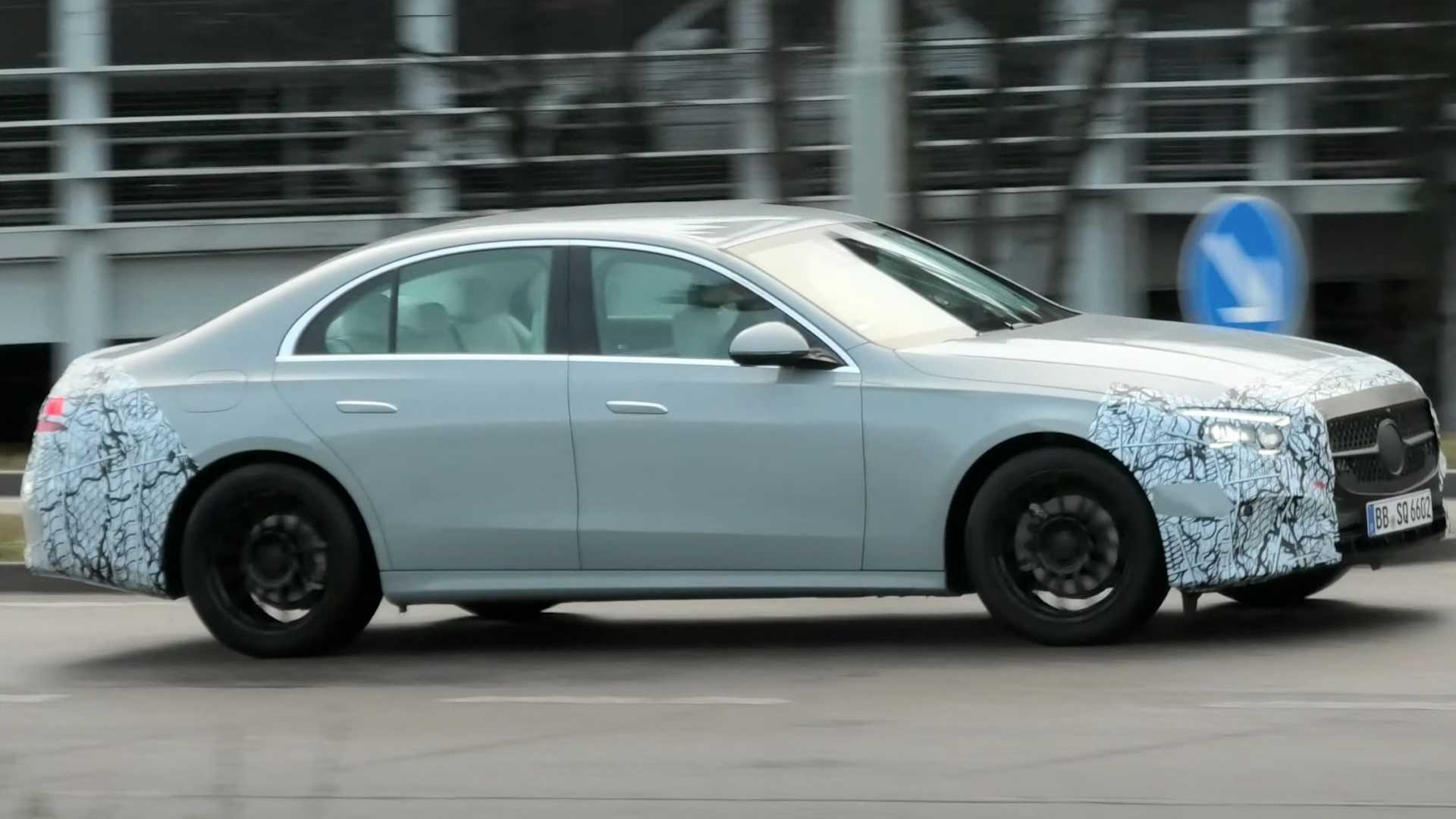 Mercedes-Benz is due to launch the next-generation E-Class soon, though it isn’t happening this year (if you’re reading this in 2022). In fact, the automaker isn’t just done yet with the E-Class’ development as another prototype has been spotted on public German roads, courtesy of walkoARTvideos on YouTube.

Wearing less camouflage wrapping than before and light body color, the spy video shows clear changes to the E-Class’ side profile. Apart from the slight deviation from the current silhouette, the character lines are also different. The continuous line that connects the headlight and the taillamps is now broken by the middle section, somehow giving emphasis to the fenders.

Another design change to expect is the door handles, which are now recessed a la the new Mercedes-Benz S-Class. Unlike the previous sighting (see gallery above) that wore a set of 15-inch wheels on high-profile tires, the recent spy video shows an E-Class equipped with a generic set of black rims.

The front and rear fascias of the prototype are still heavily camouflaged at this point, so we’re expecting a lot of changes in these sections at launch. It won’t be wrong to say that there will be styling cues coming from the S-Class flag bearer.

Needless to say, the cabin of next-gen E-Class will also get a heavy revamp. Our spies have seen a production prototype’s interior before, showing an all-new layout for the dashboard. While some parts were still covered, the massive big center screen was caught out in the open, resembling what you’ll see in the Mercedes EQE. The entire dashboard is expected to be covered by glass to match the other new Mercs in the lineup. Sources say the 11.9-inch screen from the C-Class will be standard in the new E-Class, with the 12.9-inch OLED screen from the S-Class available as an option.

The next-generation Mercedes-Benz E-Class is expected to be revealed during the first half of 2023, likely arriving later in showrooms as a 2024 model.