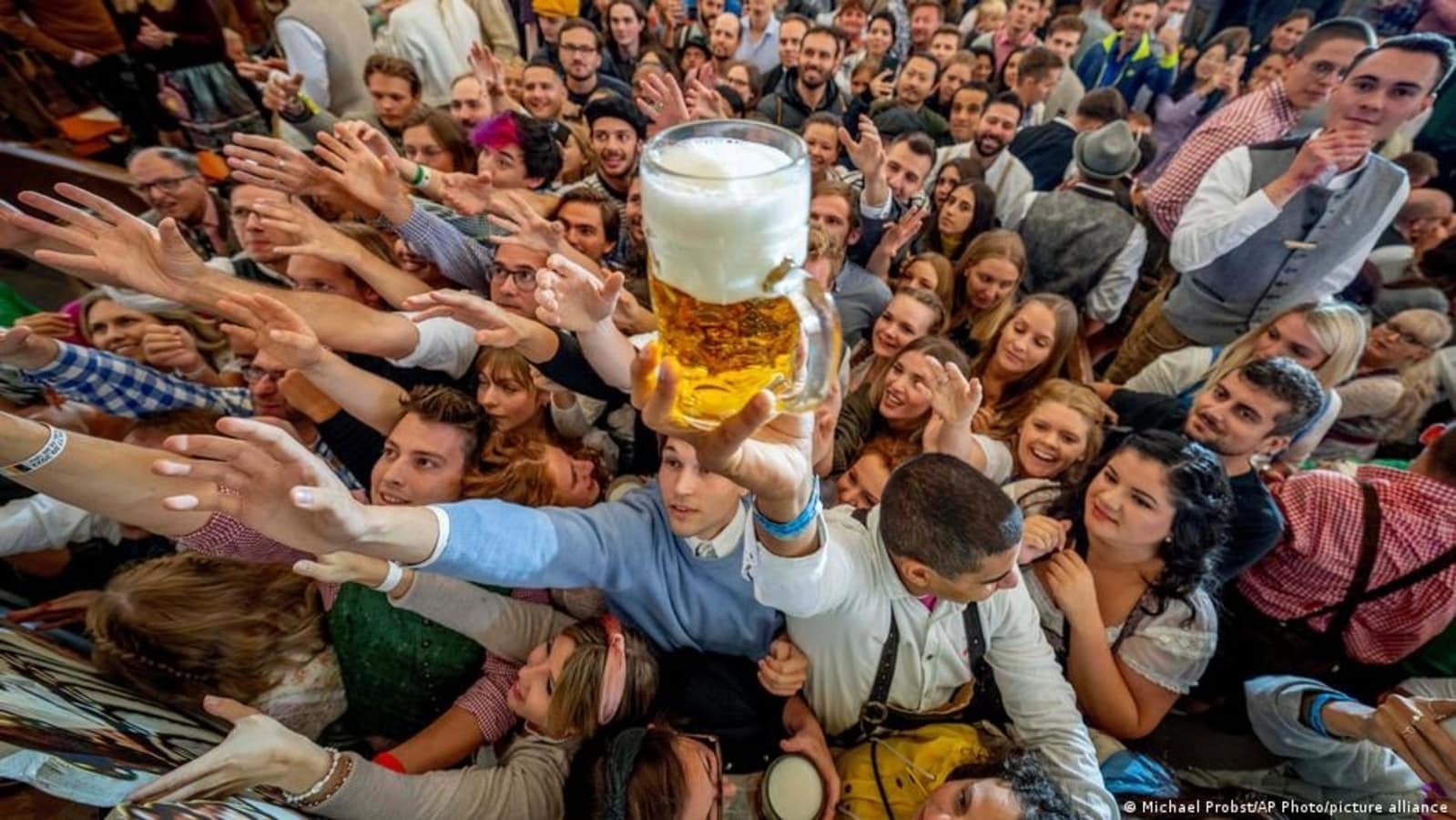 Rate this post
Revellers in Munich were running in traditional Bavarian clothing early Saturday morning to secure a spot at the first Oktoberfest in two years. Germany’s famed beer festival had been paused for two years due to the coronavirus pandemic. It is the world’s biggest folk festival. Throughout its 200-year history, Oktoberfest was cancelled 26 times, mostly during the First and Second World Wars, as well as twice due to cholera outbreaks.

Munich Mayor Didier Reiter opened this year’s ceremony with three knocks of a hammer and inserting the tap in the first keg, with the traditional cry of “O’zapft is (it’s tapped).”

Reiter then offered the first tankard to Markus Söder, the head of the regional government.

Visitors from across Germany and around the world can enjoy the heavy beer mugs, fat-dripping sausages and pretzels the size of dinner plates at the Munich Oktoberfest until October 3. (Also Read: Poland opens new canal for ships to sail from Baltic Sea to Vistula Lagoon ports)

With beer reserving a cult status in Germany, Oktoberfest generates around €1.2 billion ($1.2 billion) in income.

But with several economic challenges, the beer industry in Germany is under pressure.

“The government must react,” DBB said. “Without speedy state intervention and aid, hundreds of enterprises in the German beverages sector will disappear and thousands will become jobless.”

In 2019, the last time Oktoberfest was held, 6.3 million guests attended the event.

This year, the 187th festival is taking place with no COVID restrictions. Face masks are not required.

But, “at the same time, thankfully, we aren’t measuring an undue strain on hospitals anywhere,” the politician of the conservative Christian Social Union (CSU) said.

“That speaks for us being in new phase of [the coronavirus pandemic],” Söder said. Still, authorities would try to protect vulnerable people but would not prevent celebration, he added.