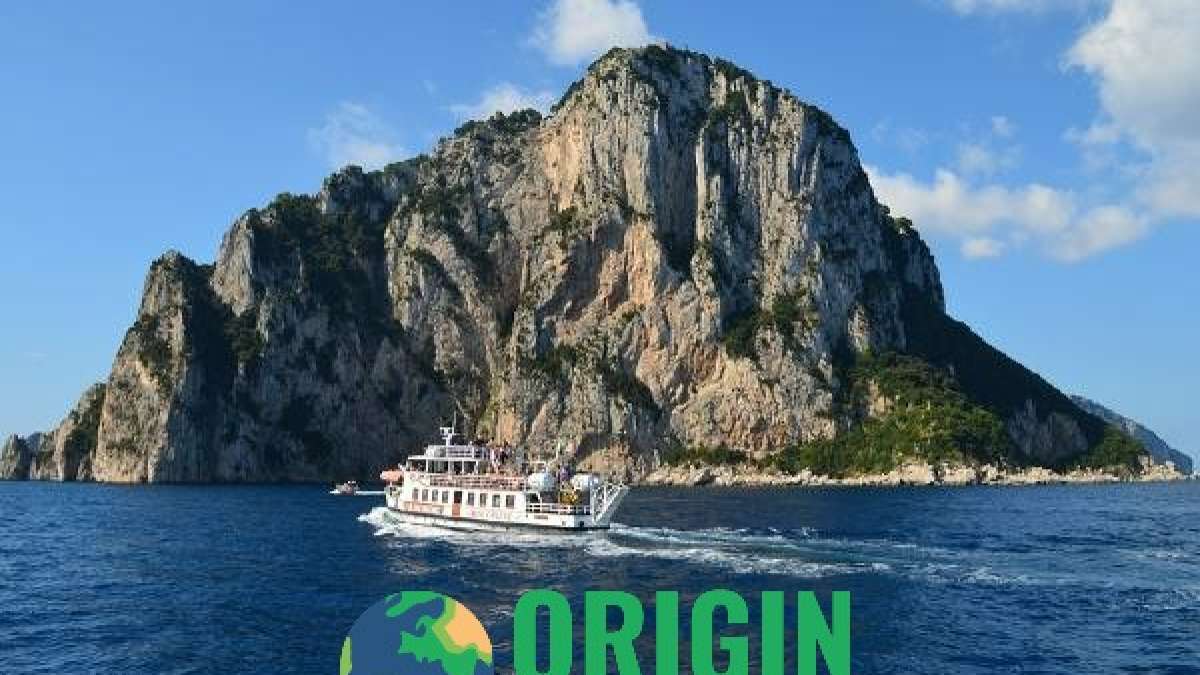 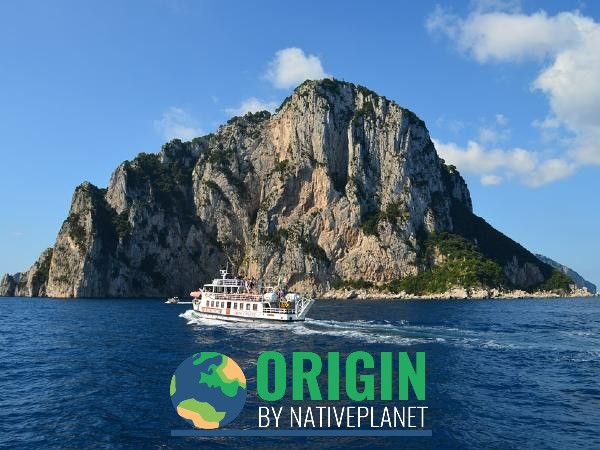 [Origin- An Exclusive Series by Nativeplanet] The first known artificial pigment to man. The color ‘Blue’. First created by the Egyptians to depict Royalty and their Gods with the necessary reverence in 2575 BCE. The evidence of blue is also found in some Middle Eastern countries and the ancient roman artifacts. The origination of Blue pigment is still being discussed and researched. The early evidence of blue was found in Parthenon’s statue (the messenger of Gods) in the British museum.

Blue was considered to be a very luxurious commodity by the Egyptians. Thus, the trading and significance of blue spread among other nations. Scientists are yet to figure out what exactly Egyptians used to make a pigment that has lasted for centuries. It is later when blue was scientifically made that the actual wonder became a common thing. Lapis Lazuli, an extravagant gemstone mined in Afghanistan was crushed to make blue paint. And thus Paintings stole the spotlight. The color blue was equivalent to gold.

Editor’s Note- Please don’t forget to spread this article if your Favourite Colour is BLUE. If not then write your favourite colour in the comment box, next will be yours!

Blue is symbolized variously in many cultures. When it comes to personality, blue lovers are considered to be very compassionate, emotional, serene, loyal and truthful. In many cultures, blue is auspicious. Blue is mainly credited to hoarding its ultimatum from the sky and ocean. Not to forget, ours is a Blue planet. Unlike Neptune which lacks people , cities and pubs, our beautiful blue planet has myriad shades of blue places and things to offer. Here is a list of the best blues to sooth your soul.

We can’t be talking about blue and forget Chefchaouen. Regarded as the ‘Blue pearl of Morocco’, the ancient city of Chefchaouen is famous for its blue painted city walls and homes. This gorgeous mountain city is humble to the core and without a doubt will reward you by soothing your soul.

The Blue Desert is a work of art by Belgian artist Jean Verame who gained permission from the Egyptian President, Mohamed Anwar Al Sadat in 1980 to paint the rocks in the Sinai desert in blue as a sign of peace between Egypt and Israel. You can still find these blue rocks in Sinai desert. It is located in the area of the Sinai Peninsula close to the city of St Catherine, Mount Sinai, Dahab, and the Red Sea.

The star of Istanbul and the pride of Turkey. The blue mosque also known as the Sultan Ahmed Mosque is an important place for its significance and history dating back to the Ottoman Empire to 1606. The mosque is tiled in blue from the inside and given with the glorious art of Islamic architecture. The place is both breath taking and also spiritual. The mosque is a tourist hot spot today and also a place of worship with the regular mass. Truly a once in a lifetime destination.

In the beautiful city of Porto in Portugal lies the Chapel of Souls. Portugal is famous for its blue tiled churches but this one is special because it was the work of the 19th century painter Amândio Silva. The chapel is spectacular inside -out. The chapel in whole depicts the life of Saint Francis and the martyrdom of Saint Catherine. Hence called “Santa Catarina”. A bucket list travel destination for sure.

Nestled in the dusky beauty of Rajasthan is Jodhpur. Famously known as ‘the blue city.’ Jodhpur is the second largest city in Rajasthan, is a popular tourist destination for its blue washed city walls. The main reason behind this is to keep the temperature cool in summer.

Blue Hole – Famed as the ‘Great Blue Hole’, this natural wonder is located in Belize. The place is also kwon as the blue hole of Belize. Believed to be a sinkhole made by the collapse of a cavern formed during the glacial ages thousands of years ago. Now, it is a favorite spot for diving and snorkeling.

Blue Grotto – This one is a little over the partial side of my opinions. There are other blue grottos in the world but the Blue Grotto in Italy is the best. A grotto is a sea cave which you will reach by a boat and marvel the insides. While the blue grotto in southern Italy in the Island of Capri has the most bluest water inside. It almost feels like you are floating on blue LED water. A must see things in Italy.

Even though we are surrounded by blue skies and oceans, Blue is the rarest color in nature. Spiritually, blue is the only invisible ‘force’ that connects earth to universe.

Off to the southeast peninsula of Sulawesi in Indonesia are the Buton Tribe. The members of this tribe are known to have strikingly blue colored eyes. Caused by a rare genetic disorder called Waardenburg syndrome which turns their eyes to an electric blue color. Some of them even have just one eye a powerful blue color, enhancing its stunning beauty into 100 fold.

Take a wild guess here. The enchanting gem of a place Brazil holds the pride of having the bluest skies. Apart from that, island of Fiji, Australia and many parts of Europe are known to have bluest of skies. Maldives is also known for its bluest waters.

The Blue Curacao is a sweet blue liqueur that is a result of distilled flavor of dried peel of oranges. The Empress 1908 Gin is Indigo Blue in color. The gin can change color when mixed with other cocktails. The Classic Blue at the American Whiskey, NYC have a drink that will assault shoot all the other blue drinks in the world. The creator, Tracey Eden uses empress Gin 1908 for its combination complete with an astounding presentation.

Here’s where you can take a sip – 247 W 30th St, New York, NY 10001. When it comes to the Blue Sapphire by the Bombay Spirits, its just the bottle. What is special is that, every drop of it contains 10 hand-selected botanicals from exotic locations around the world.

Rarest of the rare in the world. Blue diamonds are only found in a few mines across the world. Namely 3. The Cullinan mine in South Africa, an Indian mine in the 17th century Golcondo Sultanate, and the Argyle mine in Western Australia.

Lapis Lazuli- The rare deep blue mineral was powdered and applied by the Egyptians to improve eye sight.

In a world full of beautiful blue flowers. The blue water lily is my personal favorite. I have been looking for blue lotus but they don’t exist. Not on earth anyway. The blue water lily (Nymphaea caerulea) that grows in the Nile River has attained the honor of being sacred. The Blue Lily of the Nile was scattered over Tutankhamen’s body when the Pharaoh’s tomb was opened in 1922.

Blue Corn – Widely grown in Mexico, blue corn is a result of the rich antocyanin content. Which is said to be more in concentration than blueberries. Blue corn are used in the traditional food of central Mexico known as Tlacoyo.

Here is a list of Blue wonders of the World

An Imperial prayer complex in China which is quite peculiar with its decorations. The inside and outside of the complex are graced with blue tiles. It is a wonder to watch!

Taking its name from Turkish, Pamukkale means ‘Cotton Castle’. The area is made of white terraces of travine that cascade with clear blue water. Surrounded by 5 seas and majestic mountains, Pamukkale is a one-stop holiday destination.

The crystal cave is a Cave in Iceland with a stunning blue hue in color. The whole cave seems mystic and divine with the blue emitted out by the ice inside the caves. It is located in Vatnajokull. Crystal caves are one of the mind soothing natural wonders of Iceland.

According to Cambridge Dictionary the word ‘True Blue’ means Completely loyal to a person or belief.

Lastly, the latest discovery of Blue – In 2008 Mas Subramanian and a team led by him discovered a blue pigment at Oregon University. The bright blue color is a new shade and a new compound. It is called YInMn Blue or Oregon Blue or Mas Blue. The color is more vivid than cobalt blue and is a great find because it took 200 years for humans to find a new shade of blue.