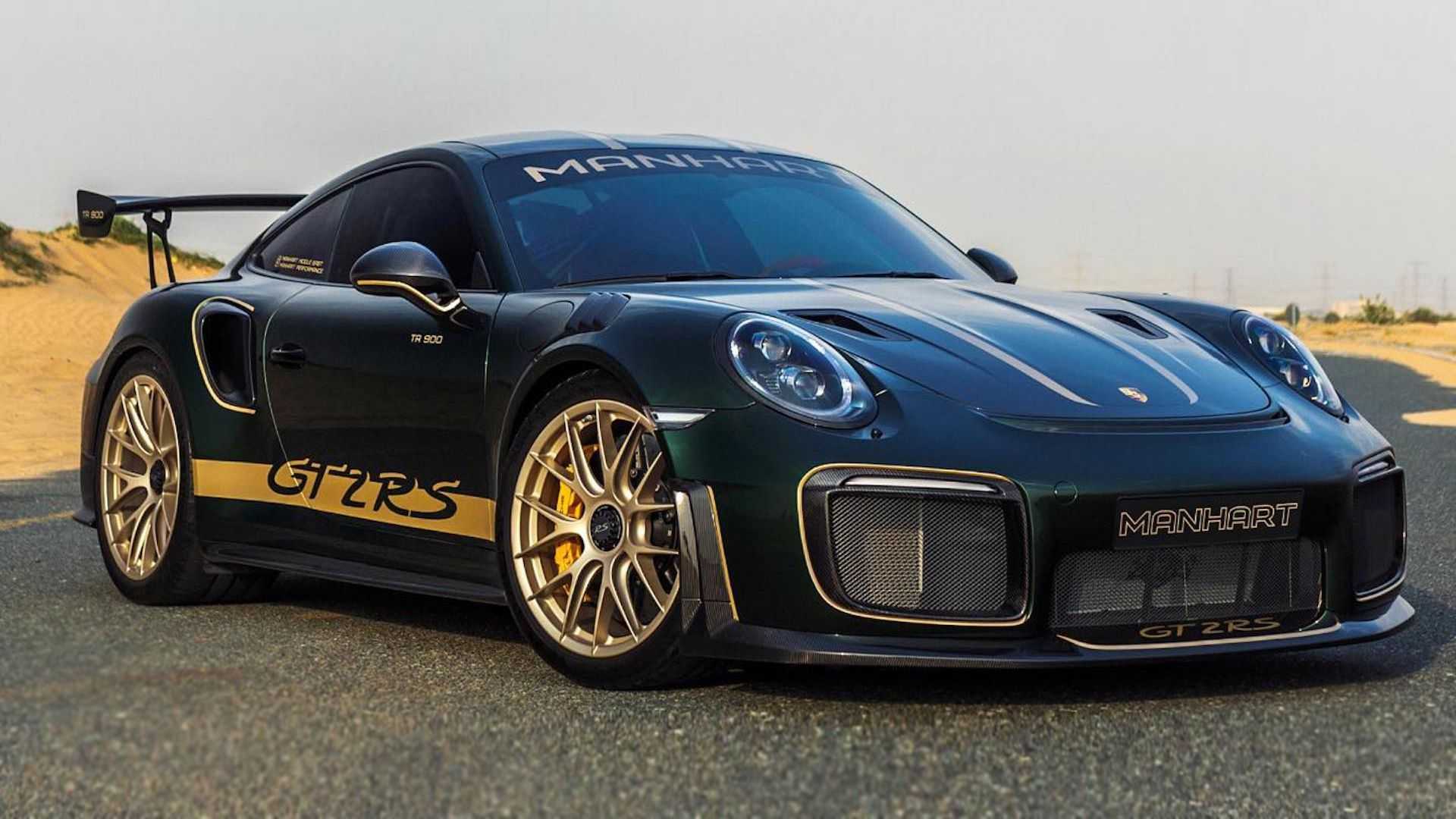 Manhart reveals its latest product yet, the TR 900. Based on the current generation Porsche 911 GT2 RS, the German tuner gives the hardcore 911 healthy upgrades not only with the power plant but with the rest of the body as well.

Behind the seats, Manhart employs ECU remapping by Mapswitch, along with a new set of larger TTH 1000 turbochargers, a Manhart intercooler kit by CSF including a larger front-mounted radiator fan, a Manhart IPD aluminum manifold, and Manhart downpipes Sport by Kline Innovation with 200-cell HJS catalytic converters.

The resulting tune amounts to a maximum output of 945 horsepower (705 kilowatts) and 774 pound-feet (1,050 Newton-meters) of torque. To handle this massive power output, Manhart also upgraded the 7-speed PDK transmission.

Manhart also upgraded the chassis of the Porsche 911 GT2 RS, though the standard carbon-ceramic braking system and White Gold Metallic central locking magnesium Y-spoke rims are still intact. Modifications for these areas are available upon request.

Beyond performance, Manhart also upgraded the bodywork with DB Carbon-branded carbon fiber kits. These revised lightweight parts include a front spoiler with side extensions, frames for the air intakes in the front, side skirts, and a diffuser including side extension plates.

Further aftermarket modifications to the body are found on the decorative stripes and lettering, with a wrap in Midnight Dark Green and Gold theme to match the rims. Meanwhile, interior upgrade only goes as far as custom floor mats.

With the plethora of upgrades coming from the German firm, the Manhart TR 900 doesn’t come cheap. It’s currently listed on its website for €550,000 or around $570,000. There’s already one sample ready for purchase but if you have a 911 GT2 RS that you’d like to get the same treatment, don’t hesitate to contact Manhart for details.