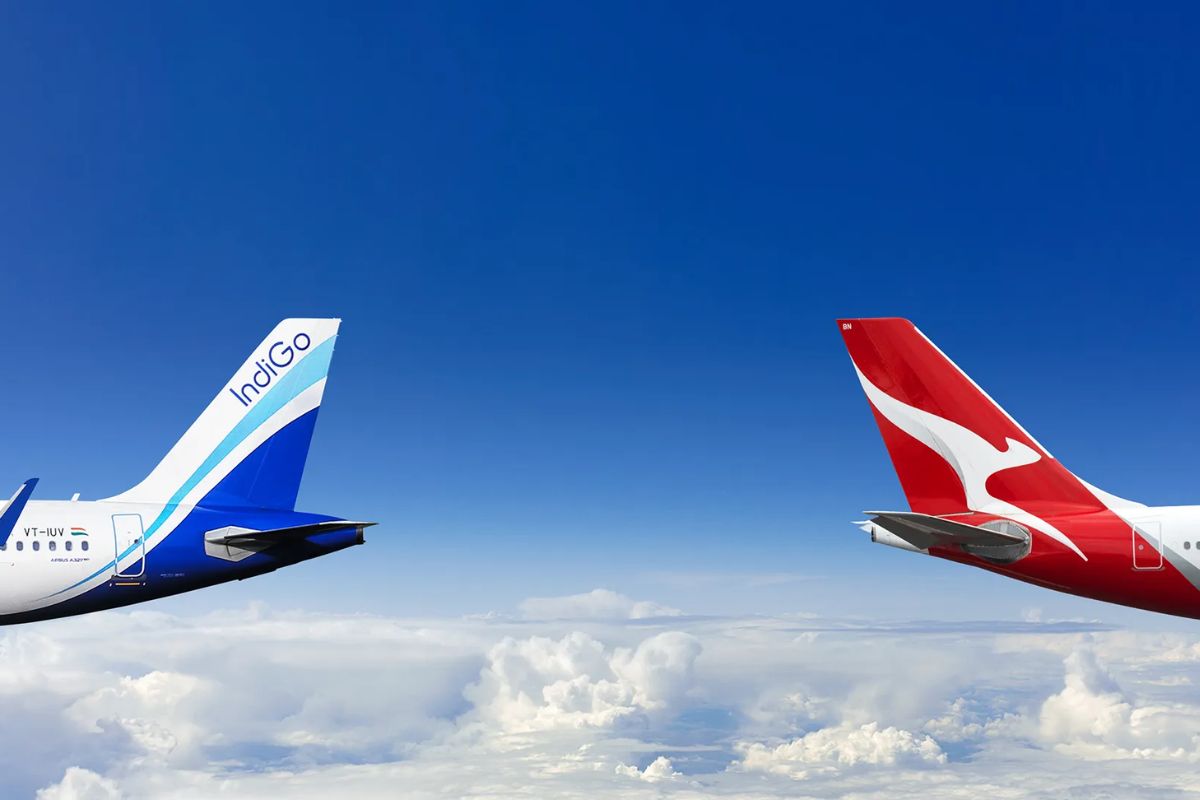 Qantas, Australia’s flag carrier and the country’s largest airline by fleet size, recently announced that it will expand its codeshare partnership with IndiGo by adding 8 additional Indian cities, giving more options for passengers flying between India and Australia.

It is worth noting that Qantas announced the codeshare agreement with IndiGo in April 2022, and the first phase of the partnership began in August 2022, providing customers with seamless connections from Qantas flights in Bengaluru and Delhi to IndiGo services in major Indian cities such as Mumbai and Chennai, as well as smaller destinations such as Pune and Goa.

Qantas customers can now travel to an additional eight cities under the second phase of the agreement, bringing the total number of Indian destinations available for connection from Delhi and Bengaluru to 21.

Customers of Qantas will also have more options across IndiGo’s domestic network, with over 250 new flights available for booking.

All IndiGo flights between Bengaluru and Delhi, as well as the above-mentioned 21 destinations, will have a QF codeshare flight number.

Passengers travelling on IndiGo with a Qantas codeshare flight number will have the same privileges such as baggage allowance and complimentary food and drinks as those who are travelling on Qantas.

What is a Codeshare Flight?

A codeshare flight is a type of arrangement where one airline markets a flight while another airline operates it. This is done through an agreement between the two carriers to sell seats on each other’s flights in order to offer customers a wider range of destinations to choose from. When booking a codeshare flight, the flight number will be that of the carrier you have selected to travel with, but the flight may be operated by another airline.