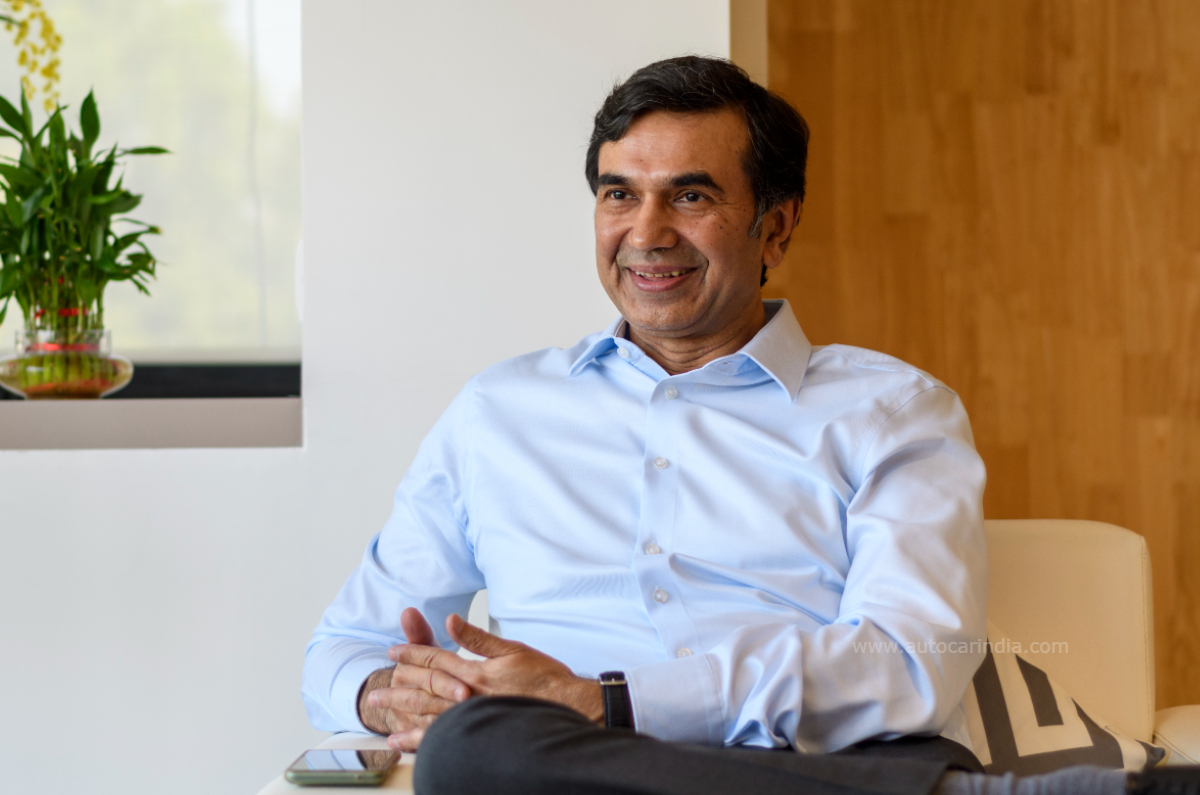 Rajesh Jejurkiar wins the top honours for driving through the challenging year with poise while also unveiling the future growth story.

As 2022 draws to an end, it is also the time to announce one of the most prestigious awards in the Indian automotive industry. Every year, our sister publication Autocar Professional honours a business leader who has made a marked difference to their company and the industry. This year, it’s Rajesh Jejurikar, Executive Director, Auto & Farm Sectors, Mahindra Group, who drives away with the Man of the Year title – Autocar Professional’s premier end-of-year award.

The dynamic and laser-focused Jejurikar has had a remarkably successful year which saw him redefine the Mahindra brand, script a dynamic sales turnaround and also reveal an ambitious electrification plan designed to future-proof growth for the 77-year-old company.

In a highly competitive SUV market teeming with rivals, Jejurikar has been able to fashion a turnaround for the Mumbai-based company and has helped make it a force to reckon with by grabbing revenue leadership. Mahindra & Mahindra (M&M) has significantly outpaced the market on value terms with a host of new-age premium SUVs, which have become the default choice in vehicles priced above Rs 15 lakh.

Mahindra top SUV manufacturer in India in terms of revenues

In 2002, M&M was conceptualising, designing and building a new SUV intended not just for the domestic but global market too. The Mahindra model in question was the iconic first-generation Scorpio, which went on to establish the company as a serious player in a fledgling Indian car market. In the process, it was also the catalyst for the fast-rising marketing professional from SP Jain Institute of Management & Research, Mumbai and the Wharton School of the University of Pennsylvania.

To put it briefly, Jejurikar has gone on to play a critical role in reinventing M&M many times over. His unflagging effort has seen M&M reward him with the position of director on the boards of a number of Mahindra Group companies, both in India and overseas.

Fast forward to 2022: the fifth-generation Scorpio N, launched in July 2022, is a thumping success – the SUV clocked 1,00,000 bookings in just 30 minutes of orders opening online and the surge of sales continues as it does for some equally popular Mahindra models like the XUV700, XUV300, Thar and that ageless warhorse, the Bolero. In scant five-odd months, the humungous demand for the Scorpio N and the Scorpio Classic has helped M&M power its way to the No.1 SUV manufacturer position in India in terms of revenues.

Interestingly, between these two major milestones, India has matured into the world’s fourth largest car market albeit an extremely complex and competitive one where only the fittest can survive. Jejurikar’s finesse and expertise in brand and product management has seen the Scorpio, Bolero, XUV and Thar become key pillars of M&M’s automotive business and they are all riding the surging wave of SUV demand. Jejurikar’s astuteness is also seen in M&M farming strong growth in its tractor business, a sector in which it is the market leader.

People who work closely with him say that Jejurikar’s ability to ‘read’ the consumer’s mind as well as the market dynamics has turned out to be a key differentiator. And the proof lies in the company’s fast-rising sales graph in 2022.

Jejurikar made Mahindra the preferred choice in midsize SUV segment

Twenty-two years after he joined M&M as vice president of Marketing, Automotive Sector, Jejurikar has been part of several landmark events in the company’s history. In 2020, just as it did at the start of the millennium, M&M found itself in a downcycle and a tight spot. It was trial by fire for Jejurikar as he took charge as executive director at the height of Covid-19 lockdown, starting his new innings with zero revenues for almost 45 days. “We were at the crossroads again. We had to dial back 20 years to ask the team ‘What does Mahindra stand for and what is our right to win?’” he recalls.

At the time, M&M was slipping from the mind space of the burgeoning Indian middle class which had multiple personal mobility choices. In the two-and-a-half years since, the marketing maverick has transformed the Mahindra brand into a new, sharper one that has made it the preferred choice in the midsize SUV segment.

Jejurikar was instrumental in the launch of three successful products, establishing a new corporate brand identity and restructuring the organisation to remain nimble and agile to tackle future disruptions in the industry.

A two-year-long effort to bring Mahindra back into the EV race is also paying dividends. M&M has announced a billion-dollar investment into the EV business. It has inked a global sourcing arrangement with the Volkswagen Group and the company has been able to bring on board an investor who will participate in its future EV vision.

Behind this string of achievements and M&M’s sterling market performance this year, there were a series of strategic calls taken swiftly – something which Jejurikar apparently revels in.