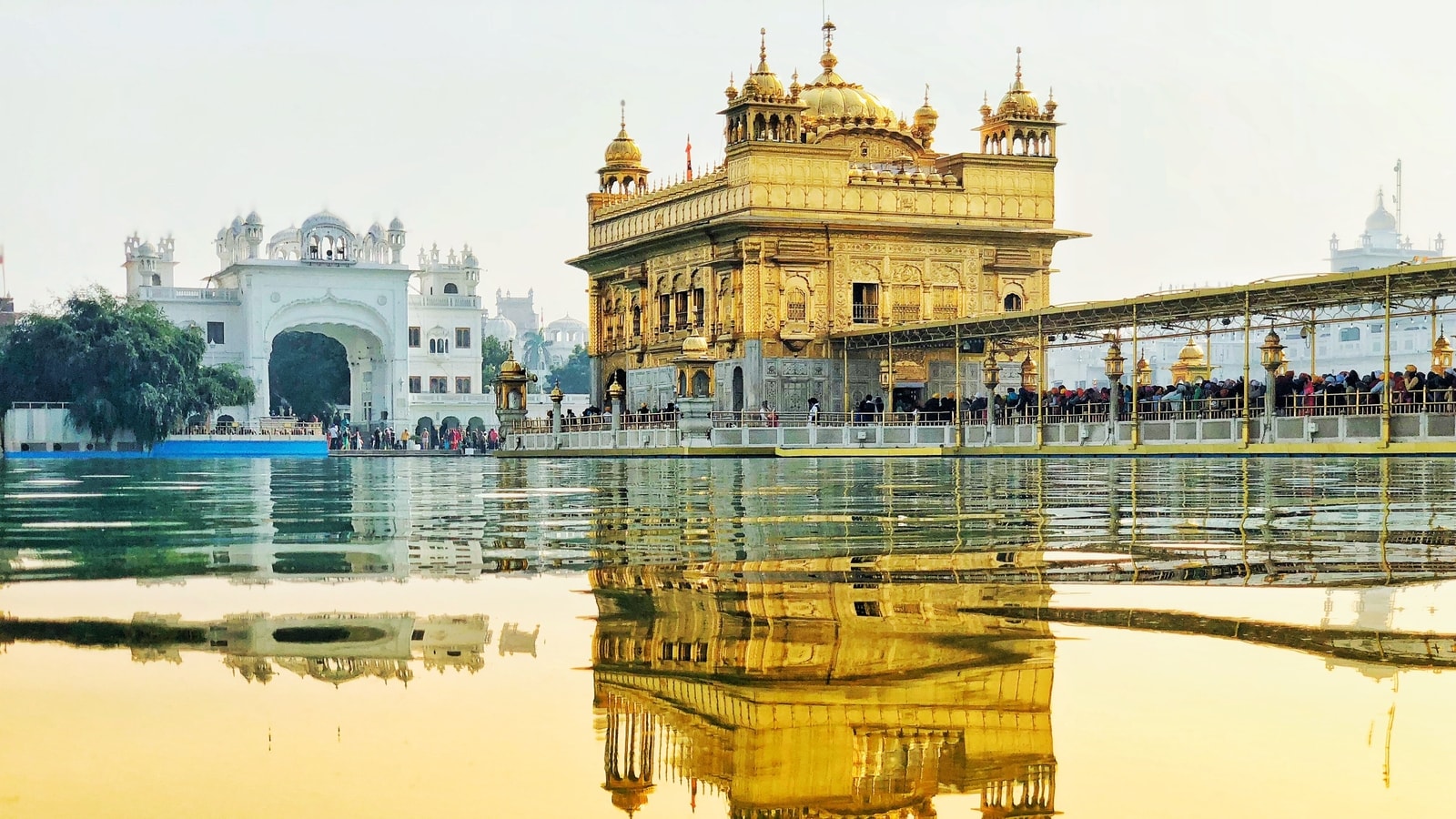 Rate this post
India, one of the world’s oldest civilizations, is a country with a rich history, a great number of religious traditions, and many tales and legends. India is renowned for its temples, which are stunning, tranquil places of worship that serve as important historical and religious landmarks. Magnificent temples may be found almost everywhere in the nation. Every temple has a special mythology and history associated with it. These historic, finely constructed, and meticulously preserved places of worship are a must-see for devotees and for anybody who values architecture and history. Check out some of the most iconic and famous temples of India that you must visit. (Also read: 6 stunning visa-free countries where Indians can travel for a perfect winter holiday )

This is one of the most well-known temples in India that is devoted to Vishnu, and it is situated in the Uttarakhand region of the Himalayas. Additionally, it belongs to the four Char Dhams, which are India’s holiest shrines. With Badrinath standing in for the North, the four Char Dhams represent the four cardinal directions.

One of the many reasons the Jagannath Temple in Puri, Odisha, is well-known worldwide is the huge Ratha Yatra event that takes place there every year. Devotees from all over the world assemble here to watch the magnificent celebrations as the festival honours Lord Jagannath and his siblings!

The Rameshwaram Temple is quite well-known and revered by followers of the Hindu religion all over the world since it is thought that Lord Rama and his wife Devi Sita arrived there first after vanquishing Ravana. Being one of India’s Char Dham, or four sacred sites, it is regarded as being extraordinarily holy. The temple is not only beautifully designed aesthetically, but it is also in a lovely setting.

Vaishno Devi Temple is well known and revered by followers of the Hindu religion all around the world. The hike from Katra to the temple is breathtakingly scenic in addition to being renowned for its religious integrity. Millions of people travel here to worship Maa Vaishno Devi and to take in the temple’s surrounding snow-capped slopes.

Sri Harmandir Sahib shrine was formerly known as Golden Temple. It is one of the most well-known temples in the entire world and is situated in Amritsar. Not only is the majority of the temple made of gold, but the Langar Khana of the temple also provides free meals to over a thousand people each day. Despite being predominantly a Sikh temple, it is adored and revered by followers of all other religions.

One of India’s oldest architectural wonders, Somnath Temple, is situated in Saurashtra, a region of Gujarat. It is devoted to the Moon God and has a fascinating background. In the last thousand years, the temple was repeatedly demolished and rebuilt.

India’s spiritual capital, Varanasi, attracts visitors from all over the world to take a dip in the Ganges River’s purportedly therapeutic waters. The city, which dates back to the 11th century B.C., is also among the oldest in the entire world. The ultimate emancipation from being born again as a result of the laws of Karma, Moksha, is claimed to be attained through a visit to Kashi Vishwanath.

This is one of the most well-known Shiva temples in India, located in the Uttarakhand town of Kedarnath at a height of 3583 metres. The temple is open from April to November and is a part of the blessed Chardham Yatra. There are a lot of worshippers in the temple during the Hindu month of Shravana.