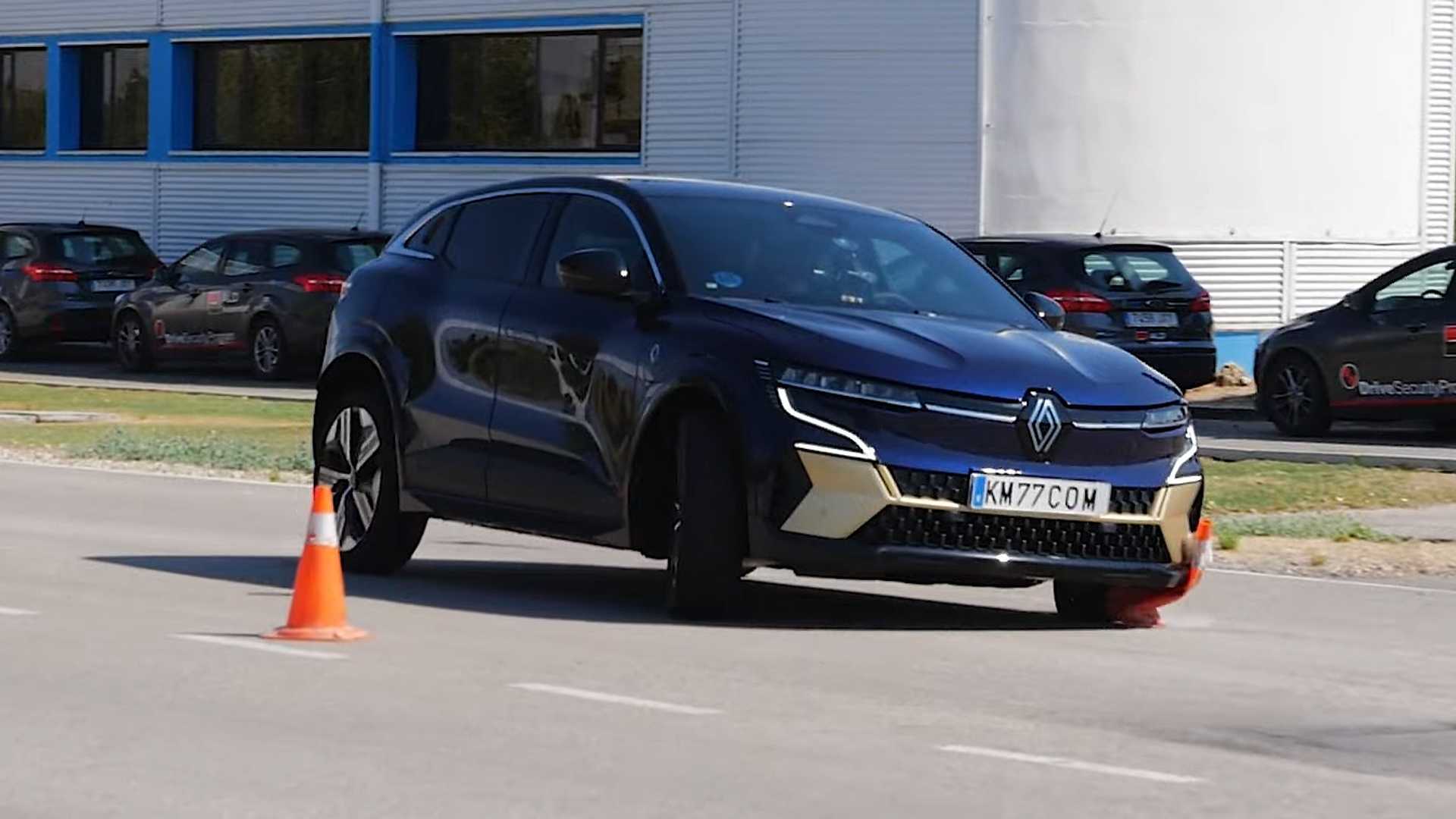 Electric vehicles carry extra weight due to the battery packs installed, but the mass is typically very low in the car to keep the center of gravity near the road. That holds true for the Renault Megane E-Tech crossover, which recently took on the moose test. It’s unclear if weight was a factor in the results, but it certainly displayed a tendency to be a tad unpredictable at higher speeds.

As always, 77 km/h (48 mph) is the target velocity for the test. It simulates back-to-back emergency lane-change maneuvers as if you had to suddenly dodge a moose in your lane, swerve, then swerve back to avoid oncoming traffic. To Renault’s credit, the electric Megane E-Tech almost made it through at the target speed. The driver clipped one cone early in the test and cleared the rest. The crossover’s reactions on that initial run were classified as stable and nearly neutral.

That fastest successful run was slightly slower, at 74 km/h (46 mph). At this speed, the driver cleared all cones and reported a similar feeling of neutrality in how the Megane responded to steering inputs, drifting slightly while still under control. Bumping the speed up, however, revealed some surprising and unpredictable activity. One run saw the driver skid very wide with a bit of oversteer, failing to complete the test. Another attempt at 79 km/h (49 mph) saw the opposite, a healthy dose of understeer that led to another DNF.

Through it all, moderate body roll with a “filtered” steering feel was reported. This was true for the slalom test as well, with a general feeling of security present behind the wheel despite the unpredictable nature at higher speeds. Tire grip could be a contributing factor; it wears relatively narrow 215-45/20 Goodyear EfficientGrip tires in this particular configuration. The grip was specifically mentioned as a concern through the slalom, though below the limit, the crossover’s characteristics were reportedly smooth.

The Renault Megane E-Tech debuted in September 2021 for Europe with two configurations, offering either 130 or 218 hp. With the bigger battery pack, it has an estimated range of 292 miles on a charge.

Check out recent new vehicle debuts from Ford, Ferrari, and more in the Rambling About Cars podcast, available below.