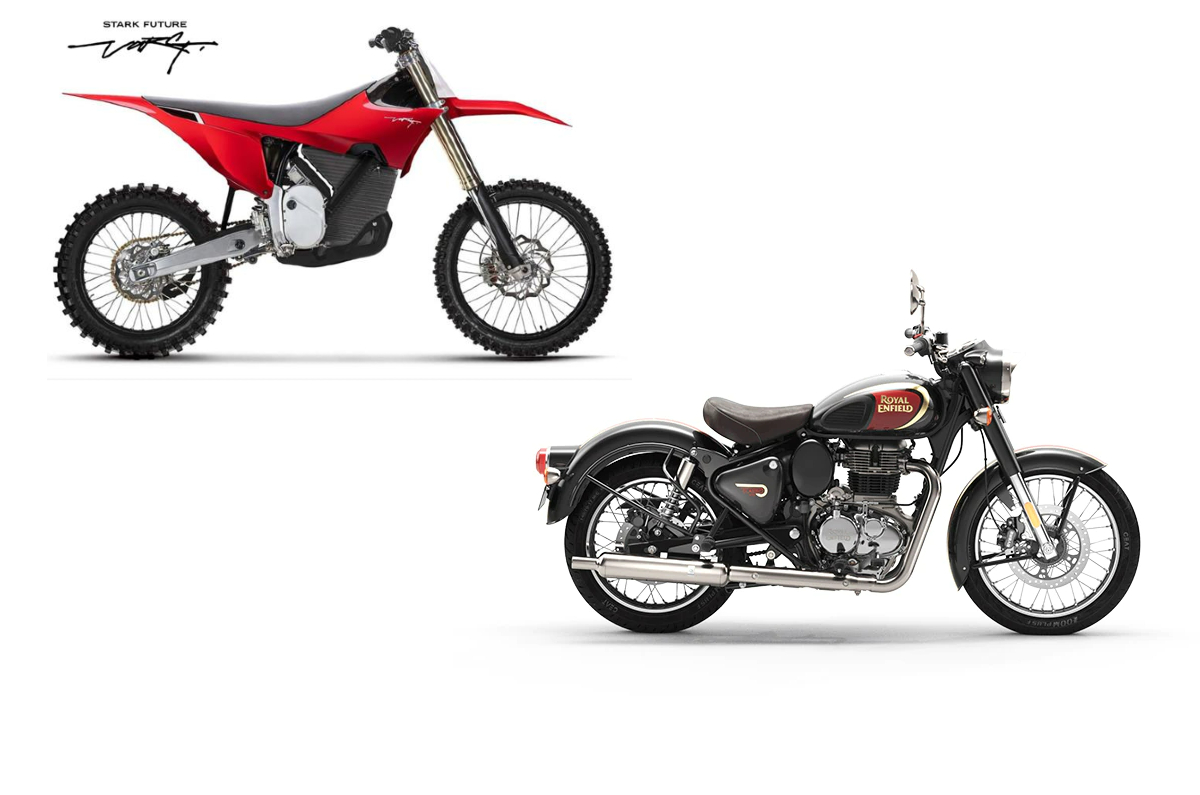 As part of the deal, RE’s parent company, Eicher Motors, will have a seat on the board of Stark Future.

In a bid to accelerate its move into the electric vehicle space, Eicher Motors, the parent company of Royal Enfield, has approved a strategic investment in European electric motorcycle manufacturer Stark Future SL.

As part of the deal, Eicher Motors will make an initial equity investment of €50 million (Rs 439 crore), translating to a 10.35 percent equity stake in Stark Future SL, the company said in a statement on Thursday. With this investment, Eicher Motors will have a seat on Stark Future’s Board, and will explore further opportunities to collaborate in the space of electric mobility.

This investment will pave the way for a long-term partnership in collaborative R&D in electric motorcycles, technology sharing, technical licensing, and manufacturing for Eicher Motors, the statement added.

Royal Enfield will support Stark in the industrialisation process and will draw on the capabilities of Stark in lightweight components and innovative solutions, in developing its own EV platforms. Both the companies may also plan to share EV architectures in the future.

Speaking about Stark Future and this partnership, Eicher Motors’ managing director Siddhartha Lal says he loves the vision, passion and focus of the team at Stark Future.

“Leisure motorcycles do not easily lend themselves to EV technology at this stage, due to challenges like the battery range, packaging, weight and cost. This has resulted in stunted growth of this segment till now. Stark Future has been able to understand and harness the potential of EV technology by dramatically outperforming ICE offerings, without compromising on range, weight, packaging and cost,” says Lal.

B Govindarajan, CEO of Royal Enfield, says this is a perfectly symbiotic partnership, and says, “We see immense synergies in this partnership. While they are scaling up and planning their market entry soon, we will support Stark in the industrialisation process. While they are thought leaders in EV technology, particularly in light-weight components and innovative solutions, we at Royal Enfield will draw on these capabilities for developing our EV platforms and will also plan to share some EV platforms in the future”

Stark Future founder and CEO, Anton Wass says, he has now worked closely with Siddhartha Lal, Govindrajan and his team for a few months, and he has been deeply impressed with what Royal Enfield has created in the past 25 years, as well as the mindset and focus to continue to build and develop Royal Enfield into the future of sustainable motorcycling.

“With the Stark VARG we believe we have a launch model that will reset benchmarks, so to know that the bike’s technical basis will spread much further and filter into more machinery and products is another source of pride for us. It has been a short, intense and incredible journey for us so far but our link with Royal Enfield and what lies in store in the coming years are brilliant signs for the future,” added Wass.

Wass said he aimed to challenge and inspire the motorcycle industry with the creation of the Stark VARG and by bringing its electric technology from the drawing board to reality. “To now partner with one of the very first motorcycle brands in history, and be part of their journey towards sustainability is a huge inspiration for us at Stark,” he added.

Royal Enfield on its part has made strides on its EV journey over the last few years. The company’s R&D programmes have included a major focus on sustainable mobility technologies, and there are several ideas in advanced stages of testing.

Royal Enfield has been building several thoughts and approaches towards design and development and also towards bringing in the right talent and resources.

“The company has been aggressively building a sharp and insightful understanding of the EV space with an intention to create uniquely differentiated electric motorcycles with strong Royal Enfield DNA, in the midweight segment,” said the statement.