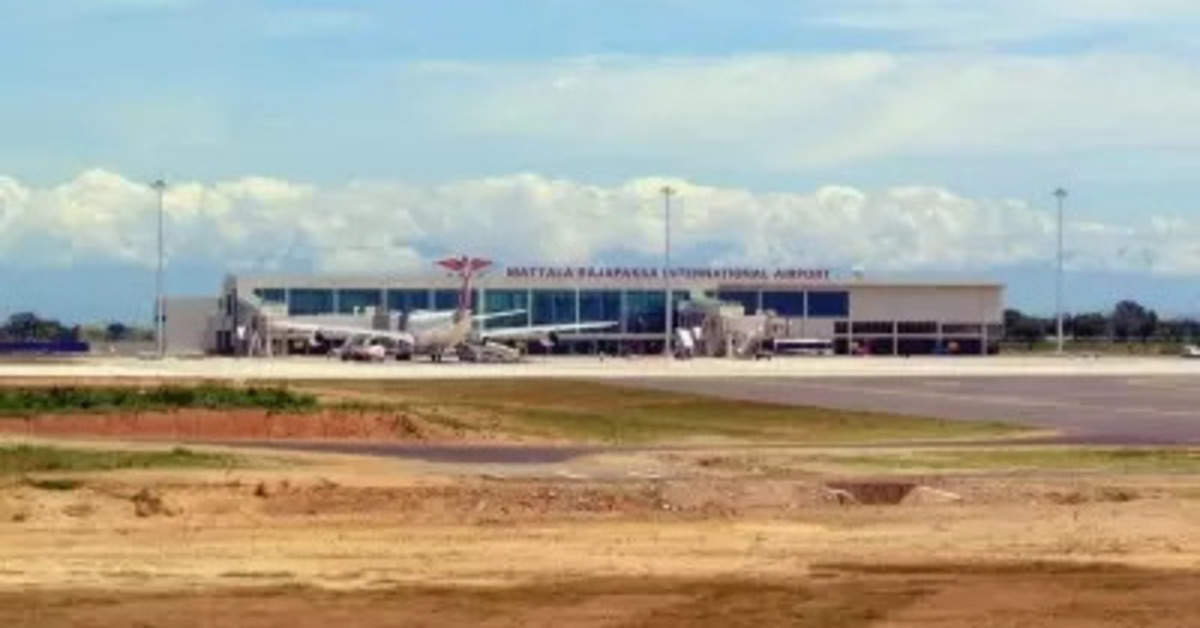 Sri Lanka resumed international flight services from the Mattala Rajapaksa International Airport located in the southern district of Hambantota with nearly 400 Russian tourists arriving in the island nation still grappling with the financial crisis. Mattala- dubbed as the world’s emptiest airport began its international services in 2013 but stopped five years later in 2018 due to low demand. There have been no flights to Mattala since February this year. The inaugural charter flight that will operate twice weekly between Moscow and Mattala arrived at Mattala with 398 Russian tourists on Thursday morning.

“This is a historic first flight from Russia to Mattala. We hope more flights will operate to have more Russian tourists,” Nimal Siripala de Silva, Minister of Aviation at the welcome ceremony told reporters.

“This charter flight will operate twice weekly flights Moscow-Mattala-Moscow. In the longer term we hope that commercial airline services would arrive at Mattala,” Sumith told.

Russia is a major market for Sri Lanka. Some 8,000 Russians visited Sri Lanka in November, topping the list for the highest number of tourist arrivals, followed by Indian and British travellers.

The tourism sector is the main source of foreign exchange earnings for cash-strapped Sri Lanka. However, the onset of the pandemic in 2020 severely crippled the tourism sector and was one of the major reasons for Sri Lanka’s economic travails.

With scarcities of aviation fuel due to the forex shortages, airlines were facing problems with refuelling in Colombo. The resumption of flights is expected to help the island nation’s tourism sector and provide a fillip to its beleaguered economy.

Sri Lanka had earlier partnered with India for developing the Jaffna International Airport which now operates a Chennai-Jaffna service.

Between 2015 and 2019 the Sri Lanka government had contemplated leasing out the Mattala airport to be managed by an Indian operation.

India and Sri Lanka resumed direct flight services between Chennai and Jaffna, three years after it discontinued the services due to the Covid pandemic.

The service is expected to boost travel from South India which has close cultural and religious ties with Northern Sri Lanka.