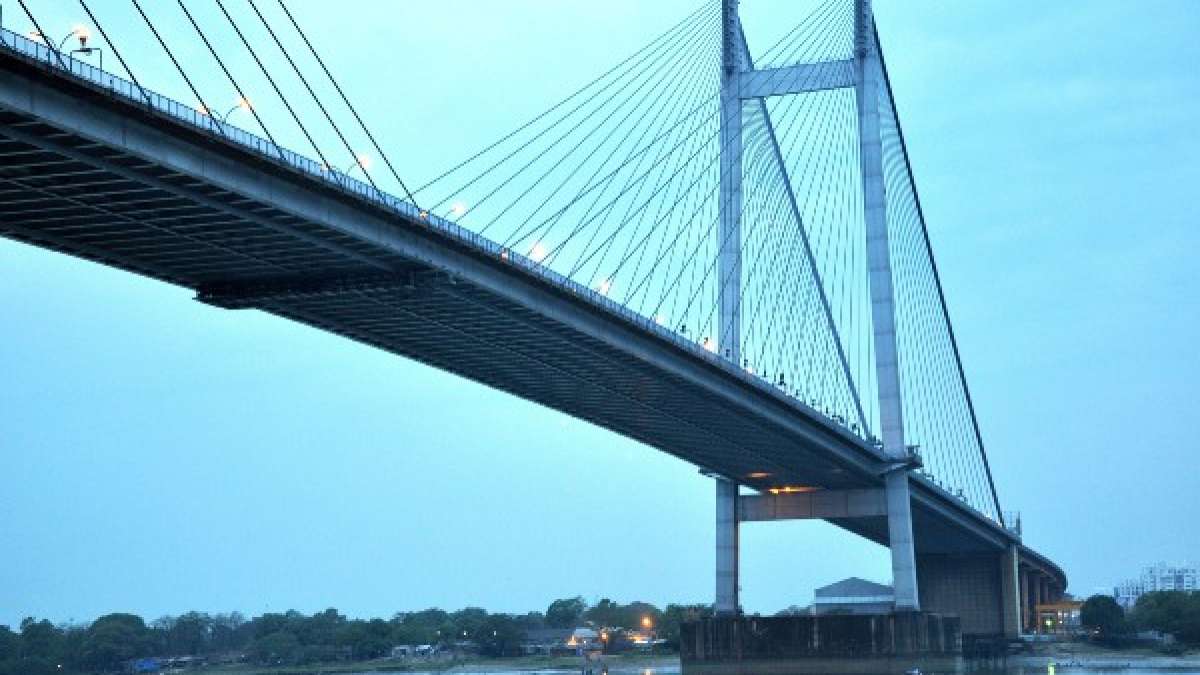 The Bandra-Worli Sea Link, also known as Rajiv Gandhi Setu, is a cable-stayed bridge, which means that cables running from the tower to the base of the bridge provide all of its support. This stunning bridge opened in 2009, links Mumbai’s western and southern regions, and has helped to cut the distance traveled from an hour to just 10-15 minutes. This bridge is counted as the beauty of India’s Financial Capital and City of opportunities, Mumbai. This bridge adds to the limelight of Mumbai and once you take this route, you will feel how massive and unique engineering marvel it is to witness once in your lifetime.

The ‘city of joy,’ Kolkata, is located on the Hooghly River, and its most famous landmark is the Howrah Bridge. It was built in 1943 and is now one of Kolkata’s most recognisable structures. In 1973, this bridge, which connects Kolkata with Howrah City, was made public. To honor the well-known Indian Nobel prize winner Sri Rabindranath Tagore, the name of the Howrah Bridge has been changed to “Rabindra Setu.” This bridge’s construction took six years, and neither a single bolt nor any nut was used in its construction. Without a pillar or bolts in between, it is the sixth-longest cantilever truss bridge in the entire world. It is a well-known suspension bridge in India that is solely supported at the ends. 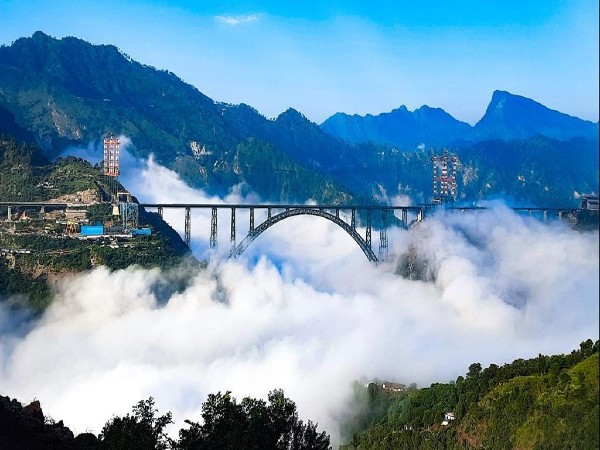 India’s first sea bridge, the Pamban Bridge in Tamil Nadu, was inaugurated in 1914. It is India’s second longest sea bridge with 143 piers spanning 2 km between the mainland and Rameshwaram Island. behind the 2.3-km Bandra-Worli sea link on Mumbai’s western coast. Until a road bridge was built in 1988, it was the only way to get from the island of Rameshwaram to the mainland. The central section of the Pamban Railway bridge, which opens up to allow ferries to pass through, was designed by German engineer Scherzer. Hence, the Pamban bridge is also known as The “Scherzer span”.

The Dhola Sadiya Bridge, often referred to as the Bhupen Hazarika Setu is a beam bridge in India. Dhola-Sadiya Bridge, which spans the Lohit River for more than 9 kilometers, is the longest river bridge in India. It links the states of Arunachal Pradesh and Assam. In 2017, the bridge was finished and inaugurated. The bridge is seen as being extremely significant because it will cut the distance between the two states’ travel times from six hours to only one. The fact that this bridge was built to support the weight of war tanks to aid in their mobility for border protection in Arunachal Pradesh makes it one of the best in all of India.

The Chenab Rail Bridge, the world’s highest railway bridge and a crucial component of the Udhampur-Srinagar-Baramulla rail connect (USBRL) project, which was opened in August 2022, has just been added to the list of the Stunning Bridges of India That Are True Engineering Marvels. The remarkable bridge constructed on the riverbank at a height of 359 meters, has 93 decks that weigh an average of 85 tonnes apiece and runs over the 75-kilometer-long single line that connects Katra (Jammu) and Qazigund (Kashmir). It is a section of the 272-km rail line that connects the Kashmir valley with Jammu, which runs from Udhampur to Baramulla. The 1315-meter-long Chenab Rail Bridge is an engineering achievement in which more than 1300 laborers & 300 engineers were actively engaged in the creation of this masterpiece.