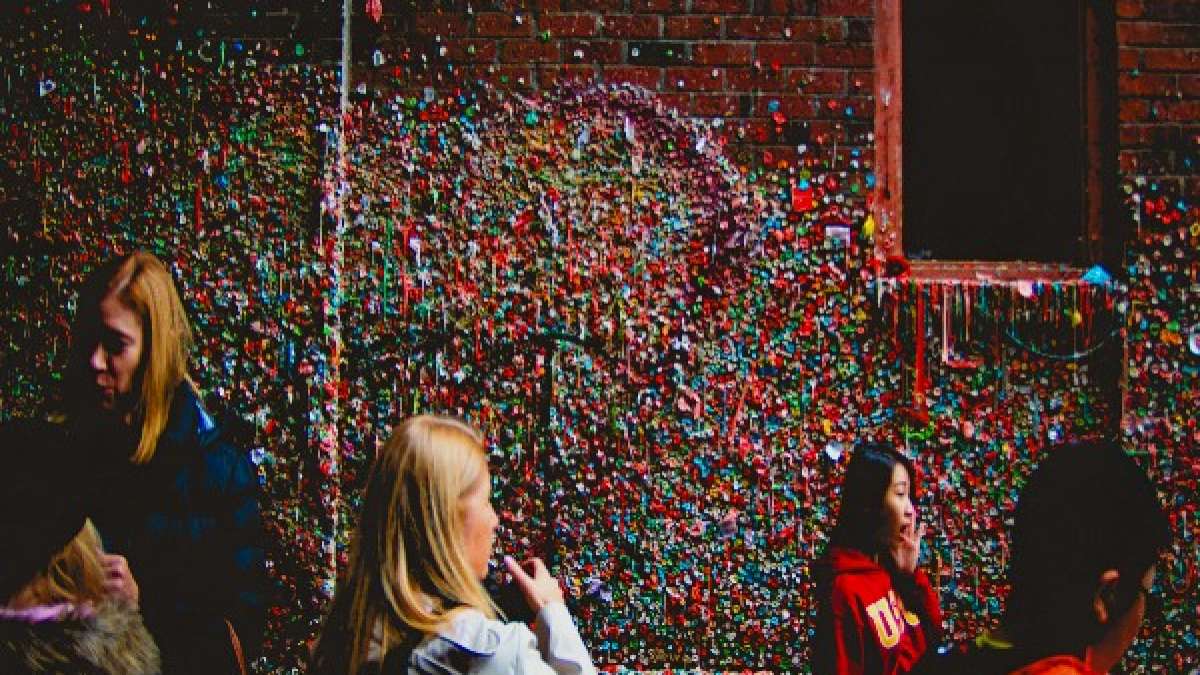 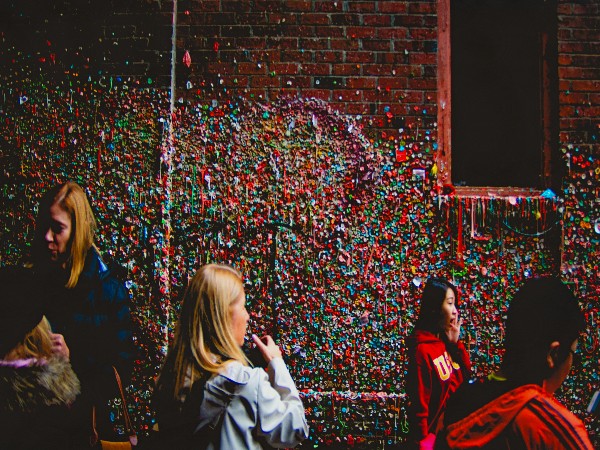 The Gum Wall is a popular tourist attraction located in the Post Alley area, which is in the Pike Place Market area of Seattle, Washington. It is a brick alleyway covered in chewed gum, which has been sticking to the bricks since the 1990s. It is open to the public and can be accessed for free. The nearest parking is at the Pike Place Market Garage.

This Gum Wall is considered a tourist attraction and is a popular spot for taking photographs. Some people see it as an example of folk art, while others view it as a form of public vandalism.

History of the Gum wall and How it all started:

The tradition of sticking gum to the wall is said to have started by patrons of the nearby Market Theatre, who would stick their gum to the wall while waiting in line. Over time, the gum began to accumulate, and the wall became a popular spot for tourists and locals to add their own contributions.

However, once Jennifer Aniston & Aaron Eckhart stuck their bubble gum on top of hundreds of others in the 2009 film “Love Happens,” the alleyway’s fame skyrocketed. The number of visitors to the place increased dramatically, and recreating the scene with your special someone turned to become a tradition that has been comparable to the love locks in Italy & Paris, the city of Love.

A failed Attempt to clean the Gum wall:

Despite being a popular attraction in the year, 2015, the Pike Place Market Preservation and Development Authority removed all the gum from the wall and steam-cleaned it in order to prevent the degradation of the brick and due to concerns about the unsanitary conditions and the difficulty of cleaning it.

In 2015, the Gum Wall was cleaned in order to maintain its structural integrity. To stop the brick from deteriorating, the Pike Place Market Preservation & Development Authority scraped all of the gum from the wall and steam-washed it.

The gum has adhered to the wall in some places so firmly that removing a few inches at a time required steam as well as a good scraping. However, starting the very next weekend, residents and visitors alike began to rebuild the wall in the same spot as previously. 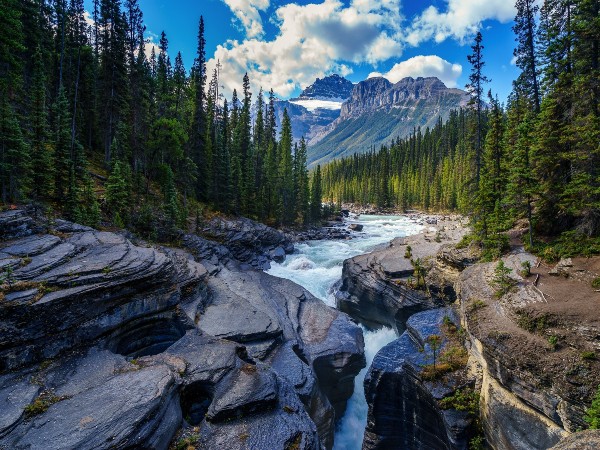 Gum wall Getting an Artistic Face:

There are a few additional things to notice at the Gum Wall in addition to the gum that stretches for 50 feet in either direction & is as tall as the average human. In honor of the wall, people have begun making gum “sculptures.”

These sculptures are frequently created at the base of the wall and left there for subsequent visitors to see and photograph. Depending on how much time a person has to spend there, some of them develop into extremely imaginative and elaborate works of art with literally chewed gum.

Some Interesting facts about the Gum wall:

1) The tradition of sticking gum to the wall is believed to have started in the 1990s.

2) The Gum Wall is made up of an estimated 1 million pieces of used chewing gum, making it one of the largest collections of gum in the world.

3) The gum wall is considered a public health hazard and has been cleaned multiple times but the tradition of sticking gum to the wall continues.

4) The Gum Wall is one of the most unique tourist attractions in Seattle and has gained fame for its unusual and visually striking appearance.

5) The Gum Wall is a popular spot for wedding and engagement photos, and many couples visit the wall to take pictures and add their own gum to the wall as a symbol of their love.

6) The gum wall was named one of the “germiest tourist attractions” in the world.

7) People have become creative with Gum walls as well and made certain structures and creative designs with chewed gum.

8) It has been 30 years, and over the years, the wall has become a popular spot for tourists to take photos and add their own gum to the wall.