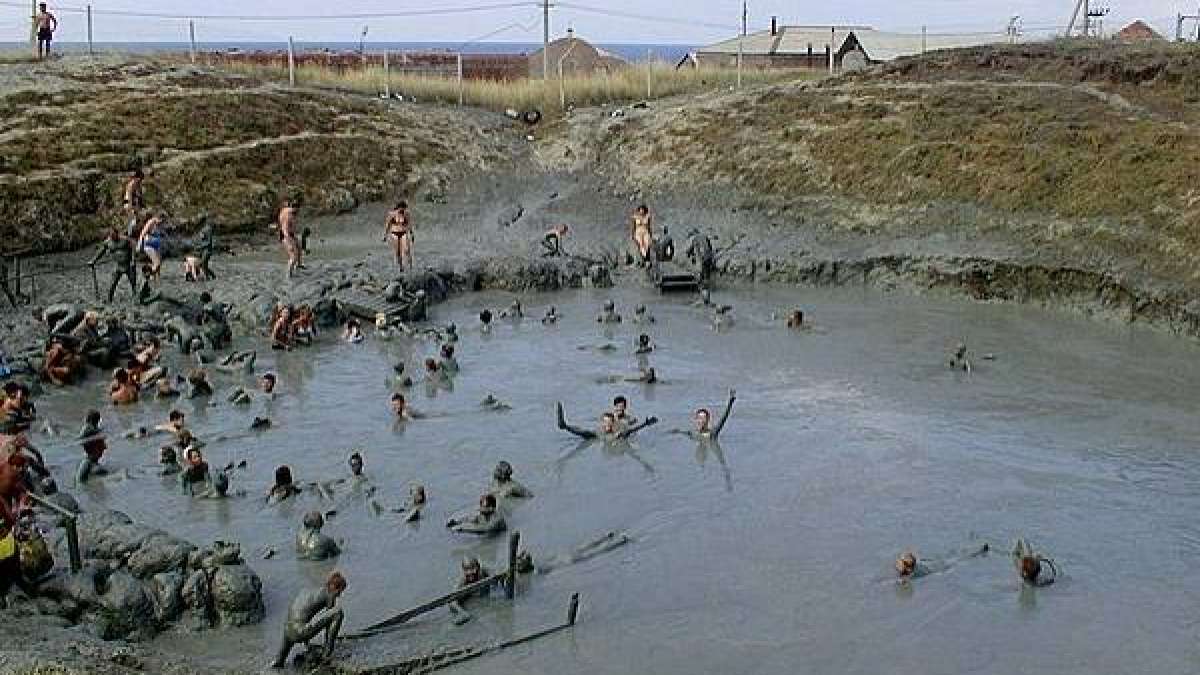 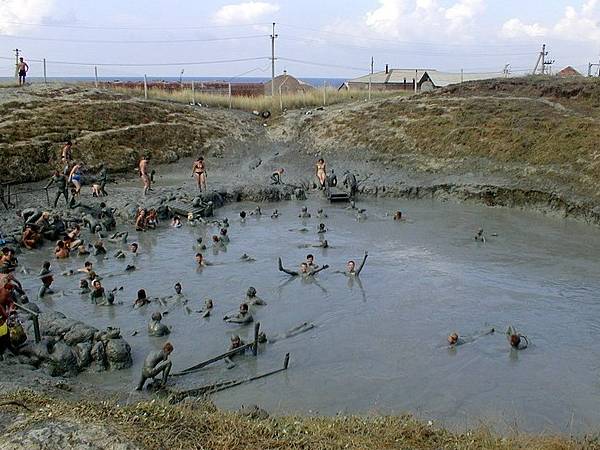 Popularly known as the ‘Land of Fire’, the Republic of Azerbaijan is home to more than 700 mud volcanoes. Formerly known as North West Iran , Azerbaijan, literally translates to ‘protector of fire’. Home to the world’s oldest hearths on the planet, Azerbaijan was the first Muslim nation to enfranchise women.

And there is oil….. Lots of it! The nation is famed for supplying oil to half of the world during WWII. Far from the outskirts of the glamorous city of Baku (the capital) is Gobustan. Declared as the national historical landmark of Azerbaijan is known for prehistoric rock carvings.

An hour and a half drive from Baku is Dashgil where the bubbling cones of mud volcanoes are located. Dashgil is very close to the Gobustan Reserve. These mud volcanoes are hugely situated on a vast area of grey land. To look from afar, it mostly seems like piles of smoldering solid cement.

You can see the smoke emitting from the grey lava. This unnerving land has forced the locals to migrate far away from there. This piece of land in Azerbaijan is a harsh remainder that nature can pull out a barren look.

Making it the world capital of mud volcanoes and a bucket list place to visit in Azerbaijan. I recommend visiting the mud volcanoes at Gobustan since they are easily accessible and safe. Listed among the unusual things on the planet, Azerbaijan makes the best holiday destination.Mud volcano vs Normal Volcano

When the water heats up deep inside the earth, the minerals, rocks (natural gas in case of Azerbaijan) mixes up. The rocks melt (magma) and is forced to erupt. The presence of oil and gas deep down the earth. There volcanoes but on Steroids!

Mud volcanoes are almost similar to the normal volcano but without forming lava. Mud volcano do not produce Lava, these are not igneous. Where as Normal Volcano allows hot lava, volcanic ash, along with the gases to escape from a magma chamber of the earth.

The latest mud volcano eruption was in 2021 in Dashil ada. It is been speculated that cause might be a leak from the many gas fields around the area. The explosion was massive and the smoke was up to 500 meters.

For the most part, yes. The active ones are extremely dangerous but the ones swelling mud are safe. They are actually treasures in many ways. Yup! You read that right.

Mud volcanoes are known for their innumerable health heath benefits. In fact, there are many private spas and firms in the region that help you to get a mud bath.

Being an only child, I had to resort for the books and toys. My mother gave me freedom (within a line) to play around. And I remember most part of my childhood playing in mud all day! It was after the modern research about the health benefits of mud & soil, that parenting perspective changed globally.

Kids & mud are made for each other now. What if I tell you, people of all ages can do this? Be it the natural soil, volcanic mud or any other form of sand, they all have a similarity – healing power. That is mud’s dirty little secret!

When it comes to the volcanic mud, they can range from 100 °C (212 °F) to sometimes 2 °C (36 °F). They are safe when they are just spewing hot. These muds are rich in minerals like sulfur, zinc and magnesium, which help to exfoliate dead cells on the skin and cleanse it. Volcanic mud baths are very famous in Azerbaijan and attracts tourist across the world. You can easily find the spa suitable for your budgets and needs.

Volcanic mud also helps in treating psoriasis and arthritis. These mud hold antibacterial and anti – inflammatory properties and can be used on the face and body. Hence proved, getting muddy is not that bad. This significant and fun place should definitely make it into your bucket list places.

How to visit the Mud Volcanoes ?

If you are travelling from Baku, there is a local company called Bag Baku. They will arrange taxis to the mud volcanoes area.

On the way back to Baku, make a stop at Ateshgah Fire Temple and the Yanar Dag ‘burning mountain’. You’ll love it!

If you are travelling in public transport, then you will need a combination of buses and taxis. First, take a south-bound bus 125 from Azneft Square to the Karvansaray Shopping Centre (0.40 ANZ; 30 min).

Cross the road to Bina Shopping Centre and get on the south-bound 195 bus (1.30 AZN; 45 min) to Gobustan House of Culture in the centre of Gobustan town.

What to bring in your bag to the Mud Volcanoes?

Water bottle (couple of them)

A hat or an umbrella if you are fancy!