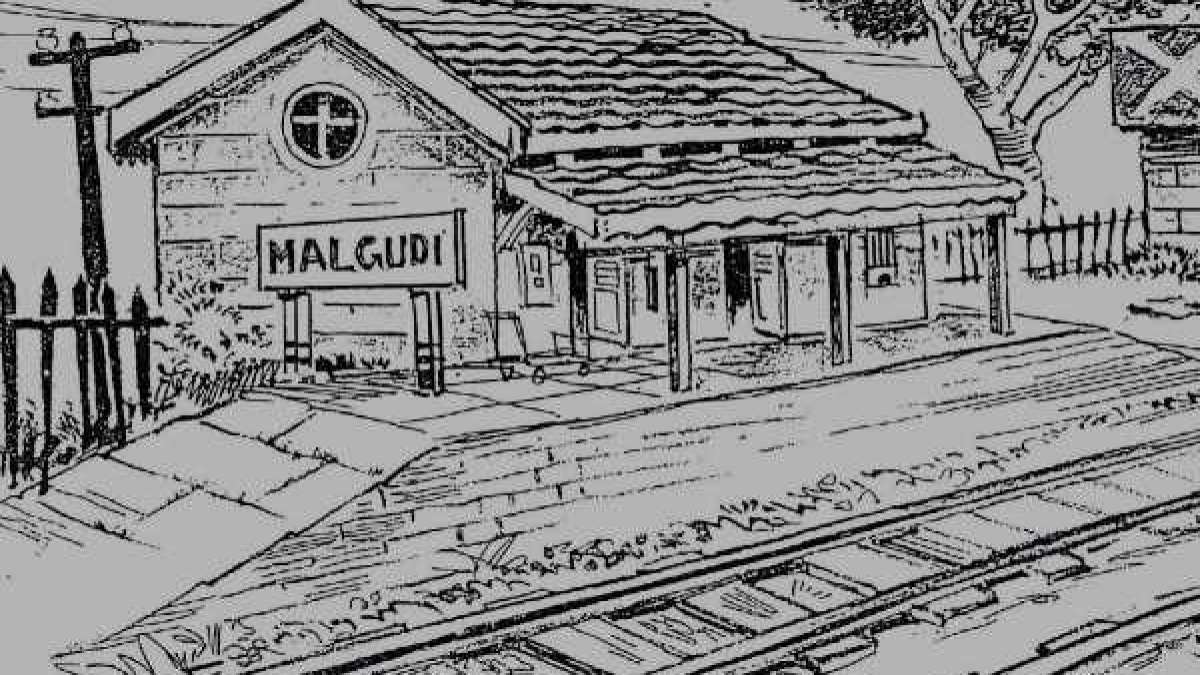 As they rightly said in KGF 2, ‘History tells us that powerful people come from powerful places. But history was wrong. Powerful people make places powerful.’ No wonder looking at some great Indian fiction work, one must instantly agree that those places and people who made it are powerful. The power am talking about is not the ones like avengers or some superhero shit.

These powerful places and people rocked young minds and entire nations with their realistic disposition. The best thing about fiction is that, it’s people and places become eternal in the void of the universe. Their stories and situations relatable after centuries makes them a whole new world each. Here is a list of top 5 famous fictional towns of India that were a brainchild of timeless Indian Writers.

Malgudi is an actual treasure of a city. Taking its place as India’s favorite fictional city and rightfully so. Given life by R.K Narayan in his famous book, Malgudi days was bullion of every 90’s kid. Said to be a small town in Agumbe in Karnataka, Malgudi is where Sawmi (the protagonist) and his life revolves around. R.K Narayan found the inspiration for this town from rural south India.

By Road – 32kms from Shimoga city. Turn left at Ayanur and head towards Sagara on BH Road.

E.M Foster’s famous book A Passage to India is set in the city of Chandrapore. The city happens to be a suburb in Bankipur in the east of Patna in Bihar. Depicted as a small dirty city at the Ganges, during the British Raj, Foster’s way of seeing it is very practicle. The story takes place in Chandrapur but the Marabar Caves is where the story has a turning point. While Marabar caves too is fiction but it is based on the real caves of Barabar caves of Jehenabad District in Bihar. It is an old Mauryan rock cave with Ashokan inscriptions.

The place is 12kms from Gaya.

British – Indian writer Salman Rushdie’s famous novel Midnight’s Children takes place in the city of Bombay (now Mumbai). The place is real but the story is fiction. The story is a vivid compendium of India’s political and economic state. This beautiful work of art takes place in pre independence of India in, India-Pakistan-Bangladesh. The bone chilling opening of the story where 2 boys are born at the midnight in a Bombay hospital, hooks you up entirely. This story is all about Time.

Sit in a comfortable place and flip open Midnight’s children. You will get there in a few seconds.

Winner of the booker prize, Arvind Adiga’s , Kittur is a fictional place in southwest, Karnataka. Taking its roots from his hometown Mangalore. Not to confuse it with the actual Kittur in Belagavi district. Adiga plots a murderous picture of assassins in his famous book The White Tiger. Set 6 years after the Ex Prime Minister Indira Gandhi and an year before the assassination of her son, this work of art is a masterpiece.

Sit in front of the book White tiger and loudly shout Khuljaa -sim – sim ….. next moment you’ll be there.

You can’t certainly call this a fictional city but the legends and mythologies surrounding this city will take you back a thousands of years. Located to the right bank of the Ganga river, Hastinapur is a blend of fiction and reality. Magnificently displaying its cultural and fictional significance. Making its presence in Mahabharatha(ancient Indian epic), Hastinapur is said to be the Kingdom Of Kuru. There are many temples and tourist attractions in Hastinapur. Some of them bearing their relevance with the stories of Mahabharatha.

The city of Dwaraka (Birthplace of Lord Krishna) is said to be submerged underwater.