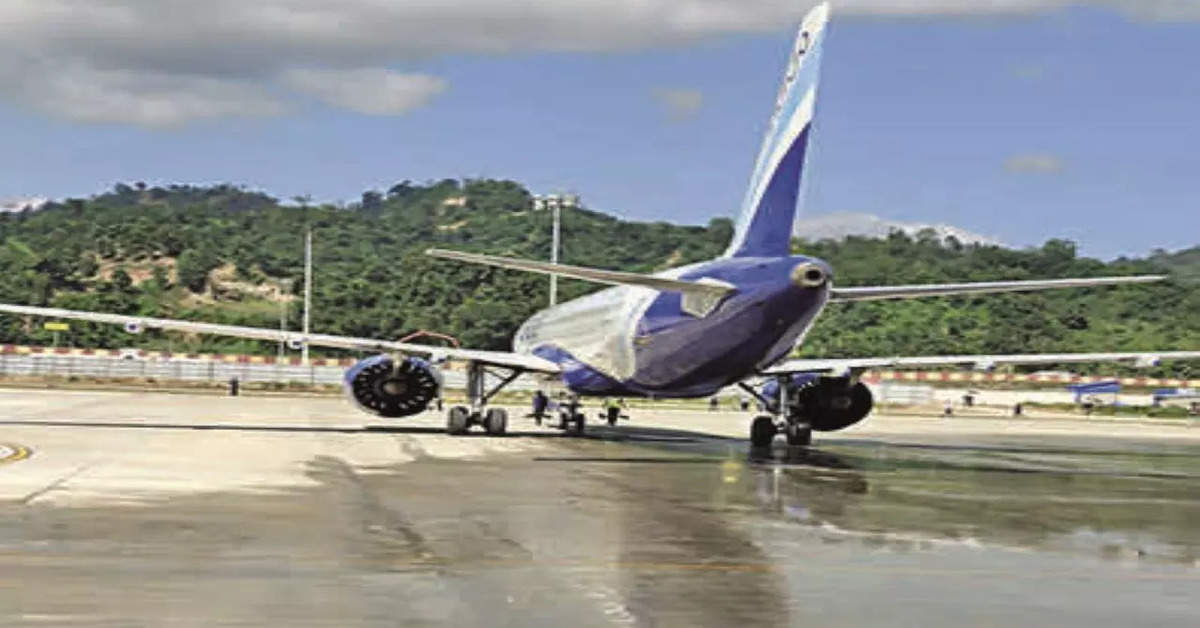 The Union cabinet approved the name Donyi Polo for the greenfield airport at Hollongi near the Arunachal Pradesh capital Itanagar.Protests by several local organisations to change the name of the Hollongi Greenfield Airport forced the state government to pass a resolution to rename it Donyi Polo Airport. The traditional cultural heritage of Arunachal, inhabited by several diverse tribes, gets reflected in the name Donyi Polo, meaning the sun and the moon.

The Centre had granted ‘in-principle’ approval for the development of the airport in January 2019. The project to operationalise Arunachal’s first full-fledged airport is being developed by the Airports Authority of India (AAI) with the help of the Centre and the Arunachal Pradesh government at a cost of INR 646 crore.

As per sources in the Airports Authority of India (AAI), the newly developed greenfield airport, built on an area of 694 acres, is likely to be inaugurated by Prime Minister Narendra Modi by the first half of November. The commencement of Hollongi airport will be give a major impetus to air connectivity in the frontier state.

The first passenger aircraft test landed at the airport on October 18. Sources at AAI told TOI that the airport is likely to be inaugurated by Prime Minister Narendra Modi this month. It will serve as the primary gateway to Arunachal Pradesh and will be able to handle Airbus A320 and Boeing 737 aircraft with a capacity of 150 to 180 passengers each.

“The directorate general of civil aviation has granted a licence to the airport for all-weather flight operations,” an AAI official told TOI. The airport has a 2,300-metre long runway.

The two existing operational airports in Arunachal Pradesh at Pasighat and Tezu can accommodate ATR 72 aircraft, which are capable of carrying only 75 passengers. The two airports were earlier used as advanced landing grounds by defence forces. The Arunachal Pradesh government in 2006 decided to have a greenfield airport for Itanagar and this led to the selection of Hollongi in July 2012. Following multiple clearances from various Union ministries, the detailed project report was completed by AAI in August 2018.