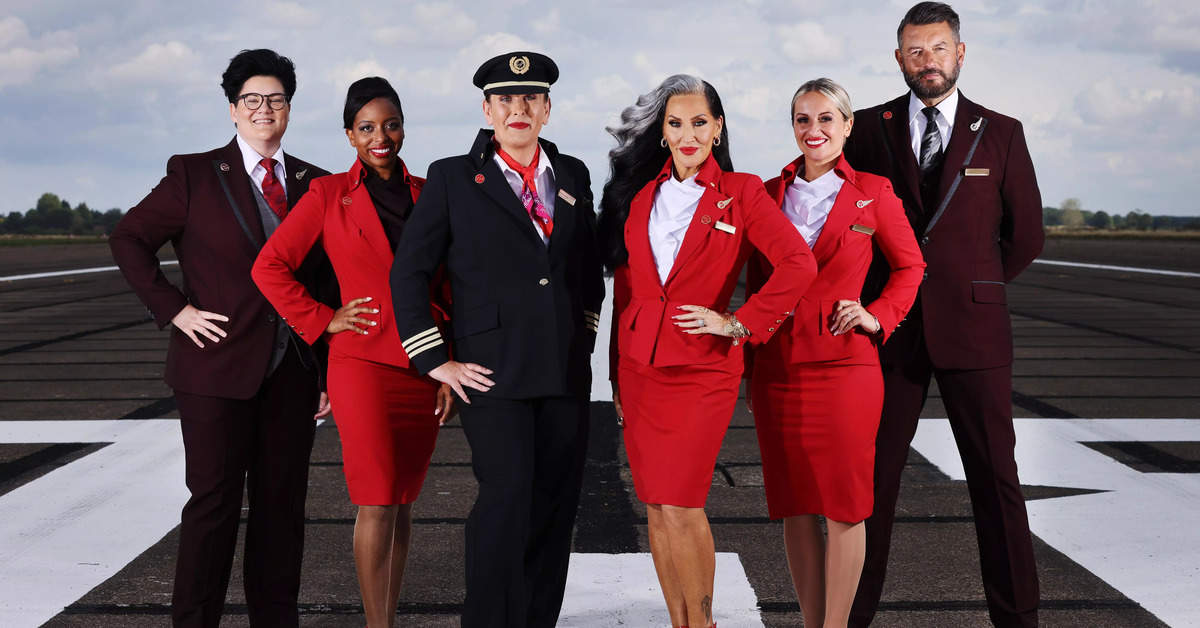 Virgin Atlantic launched its reformed gender identity policy, allowing crew, pilots and ground team the option to choose from either red or burgundy uniform designed by Vivienne Westwood that best represents them regardless of their gender. The LGBTQ+ staff has the freedom to choose their respective choice of colour of the uniforms which is Red or Burgundy. The airline’s aim is to reflect its diverse work culture and make them an inclusive airline in the skies that embrace Gender Equality.

“At Virgin Atlantic, we believe that everyone can take on the world, no matter who they are. That’s why it’s so important that we enable our people to embrace their individuality and be their true selves at work,” said Juha Jarvinen, Virgin Atlantic’s Chief Commercial Officer commenting on the introduction of gender-neutral uniforms.

“It is for that reason that we want to allow our people to wear the uniform that best suits them and how they identify and ensure our customers are addressed by their preferred pronouns,” Jarvinen added.

“The updated gender identity policy is so important to me. As a non-binary person, it allows me to be myself at work and have the choice in what uniform I wear,” commented Jamie Forsstroem, Cabin Crew at Virgin Atlantic.

“As the mother of a non-binary child, and as an ally to the LGBTQ+ community, these efforts by Virgin Atlantic to further inclusivity for its people are extremely important and personal to me,” shared Michelle Visage.

Further, Visage believes that people feel empowered when they are wearing what best represents them and this awareness enables people to bring their full selves to work.

The codeshare partnership will mean flyers booking a Virgin Atlantic ticket will be able to fly on the airline’s London Heathrow to Delhi and Mumbai flights and connect to and from seven additional cities in India. Later this year the agreement will be expanded to cover a total of 16 destinations throughout India, as well as connections onto Virgin Atlantic’s extensive US network operated via London Heathrow.

This announcement is a part of their initiative towards the LGBTQ+ community, to champion the individuality of its staff and passengers, so the airline has decided to roll out optional pronoun badges for them.As the badges get available to teams and customers need to ask for their preferred badge at the check-in desk or in the Virgin Atlantic Clubhouse.

Virgin Atlantic also updated their ticketing systems to allow for those who hold passports with gender-neutral gender markers to select ‘U’ or ‘X’ gender codes on their booking as well as the gender-neutral title, ‘Mx’.

Currently, citizens from a small number of countries including the USA, India and Pakistan, are able to hold these passports and travellers must travel on the codes that match their passports. In lieu of passports with gender-neutral gender markers being available for all, Virgin Atlantic is implementing a longer-term plan to amend communication preferences to ensure customers are addressed by their preferred pronouns across all touchpoints.

Michelle Visage, Tanya Compas, Talulah-Eve and Tyreece Nye have teamed up with Virgin Atlantic to showcase the new policy in a stylised fashion shoot.

The airline’s initiatives also include an update of its existing trans inclusion policies, which already allows time off for medical treatments related to gender transition, personal choice of changing & shower facilities that align with the gender a person identifies as and co-creation of a personalised transitioning plan.