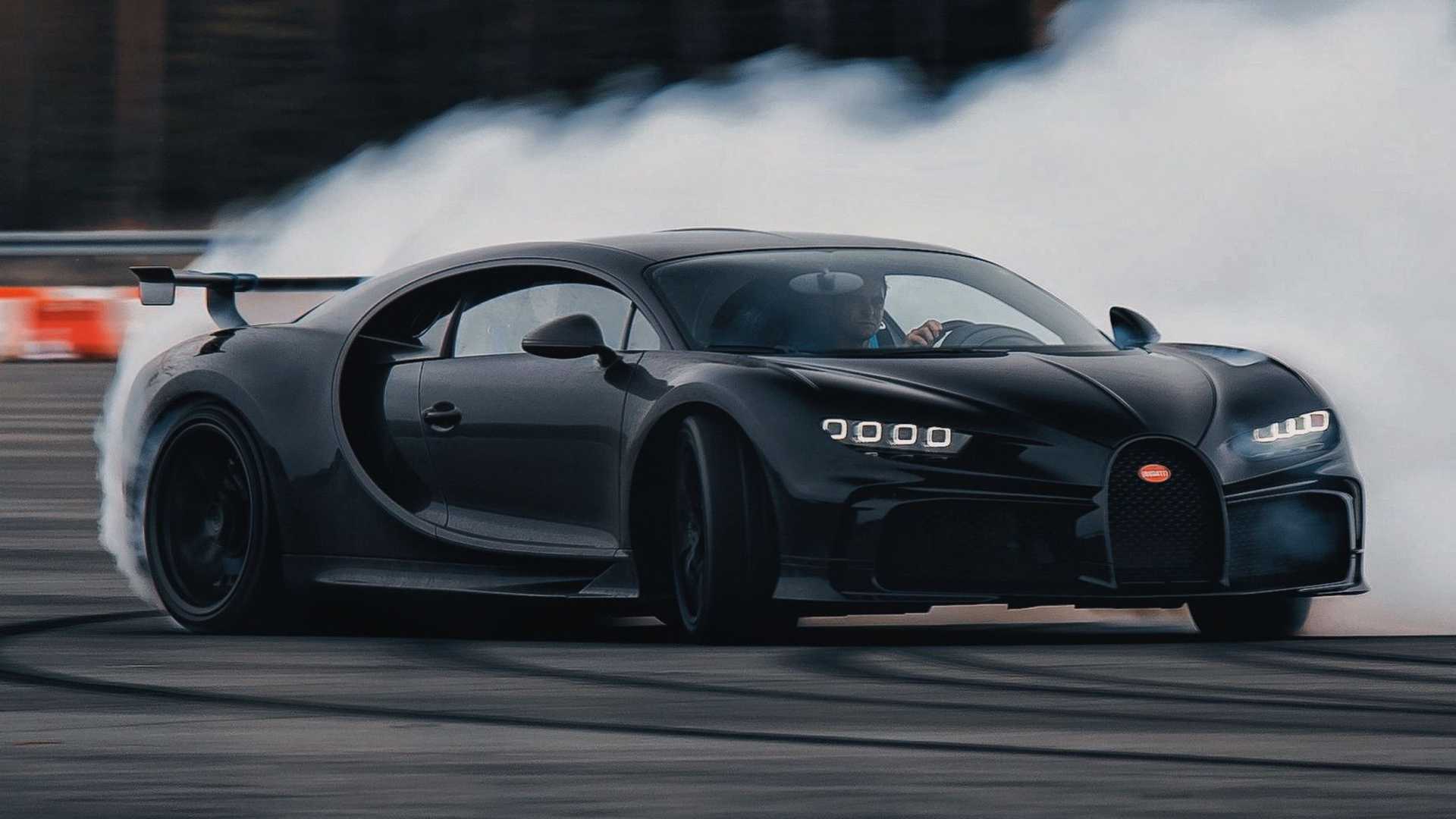 The Bugatti Chiron Pur Sport is all-wheel drive, but it still has no problem spinning its Michelin Pilot Sport Cup 2 R tires into oblivion. In case you needed a reminder of that, Bugatti sent one of its engineers to a wide-open stretch of tarmac with a Pur Sport and a simple mission: drift the hell out of it.

Actually, there’s a bit more to the story than that. Pur Sport production is progressing steadily (albeit slowly) with only 60 units planned for global markets. Bugatti has reached the halfway point with the Pur Sport, and to celebrate, a set of supremely expensive tires were sacrificed to the horsepower gods. It’s not just a mindless act of sideways tomfoolery though – the four-wheel drift was orchestrated in such a manner as to leave a gigantic rubber C stuck to the pavement.

You probably think the C stands for Chiron, and you’d be partially right. It’s also an ode to the Chiron’s exterior design language, which incorporates a large C shape from the A-pillar and roofline, down the side and swooping forward to end at the base of the front wheel arch. Bugatti calls it the C-line, and while it’s prevalent on all Chiron editions, the Pur Sport has the distinction of being the most agile of them all. Hence another reason why it’s called upon for drifting duty.

Even with 1,479 horsepower screaming from its quad-turbo W16 engine, executing a crisp four-wheel drift to imprint a stylized C on the ground isn’t easy. Four tires billowing smoke means there’s very little grip on the ground, and that requires a precise combination of steering and throttle inputs to control something most people would consider out of control. A bit of moisture on the surface helped the situation, but as the video clearly demonstrates, the Pur Sport and its driver were successful in celebrating the arrival of car number 30.

“The Pur Sport has become a firm favorite with customers because of its focused performance and pure driving characteristics. It was only right that the Pur Sport was the selected Chiron model to honor our iconic signature line with this ambitious C-Drift,” said Bugatti President Christophe Piochon.

Looking for more supercar content? Check out the Rambling About Cars podcast, available below.